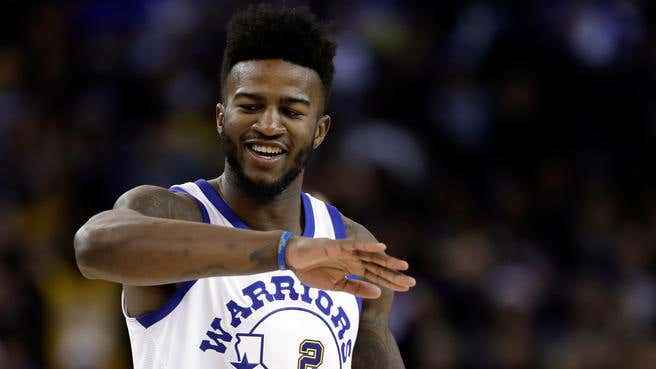 “I kept seeing him everyday. He was standing outside, wearing glasses, had a backpack,” Bell told reporters. “I’m thinking he’s just a fan who wants an autograph. But he was there every single day … for a week, every day. I did it (signed an autograph) because I had just got here and I wasn’t signing autographs like crazy.

“And then, my girlfriend was walking our dogs outside and he came behind her (Bell mimics somebody putting his hands on her shoulder) and was like, ‘Yo, is Jordan here?’ And she was freaked out, and it’s dark, she’s by herself. … He was bigger than her, so she was frightened. She said he looked like a creep.

Think about this too. Jordan Bell was a 2nd round pick and probably the 8th name at best you think of when it comes to the Warriors. If he has a stalker what the hell are people trying to do to Steph, Klay, Durant, etc? Luckily this didn’t escalate at all, especially with Bell’s girlfriend involved.

To make matters worse for Bell? He’s in a legal battle with the building he was living in because he had to break his lease in order to move. Call me crazy, but I think I’d understand a bit if someone wanted to move out because they were being stalked. I know, I know, just a wild thought process to be a human like that.