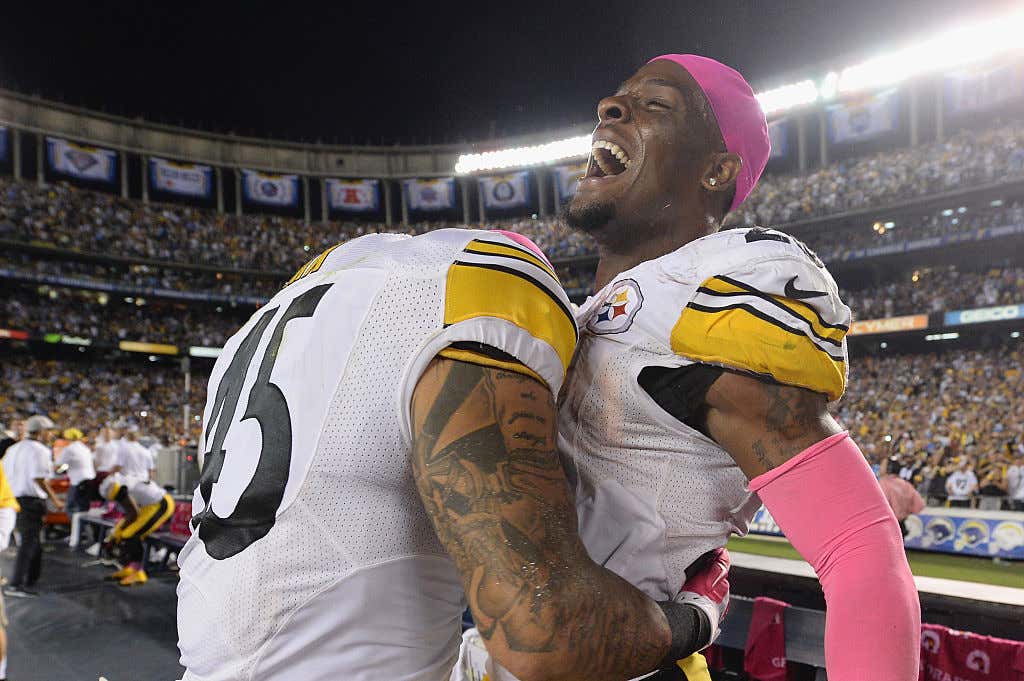 ESPN -Pittsburgh Steelers running back Le’Veon Bell told ESPN he is playing football in 2018 and does not expect to be traded.

In fact, he still has hope the team will re-sign him to a long-term contract once his franchise tag is up. Bell is staying away from the team to preserve his body, but a source said Bell is expected to report during the Week 7-8 time frame. The Steelers are on a bye in Week 7.

Umm… I’m confused. After all this holding out, all this money lost (over $3 million), Bell is just gonna give up his hold out and go back to the Steelers? And even say he hopes the team will resign him? What happened to the guy who just yesterday was saying he would continue to be the bad guy?

Listen, I get it, nobody wants to be the bad guy.

“It’s costing me some fans,” Bell said. “A lot of people call me selfish but I’m really not. I’m doing it for guys behind me or guys who don’t understand what’s going on in the business of football. The 22 years I’ve been playing football, I’ve always brought value. I don’t think the Steelers valued me as much.”

Obviously the Steelers didn’t value him much! For the past two years in a row they refused to sign him to a long-term, guaranteed deal. Todd Gurley and David Johnson received between $31 and $45 million in guarantees, Bell was only offered $17 million. The organization is taking his past accomplishments completely out of the equation- they’re running their business like a business.

And yet Bell still thinks they want to keep him long-term?

“I could be naïve or hopeful, but at the end of the day I feel like that’s what’s going to happen. I don’t think they really want me gone. That could be me being prideful. But I’m still holding out hope.”

Lawd have mercy. It’s clear no one has ever broken up with Bell, so he doesn’t know what a break up looks like even when he’s standing smack in the middle of it. He obviously needs help, advice from someone who has had their heart broken, from someone who was also in denial.

Le’Veon- they don’t want you. If they wanted you, they would have done whatever it takes to keep you. They didn’t, because you are not a priority to them. When people show you their true colors, and how they really feel about you, believe them. Someone out there will truly value and appreciate you, go find them.

Been there, done that.