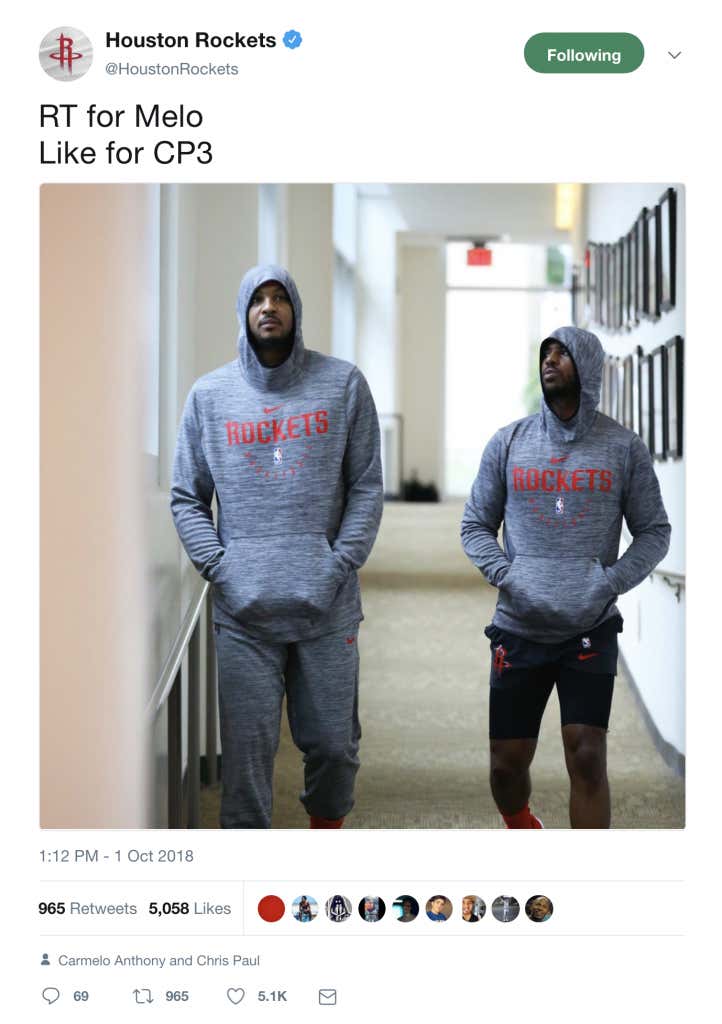 Oh no Houston what are you doing. I get it, you wanted to do one of those “who wore it better” things since both Melo and CP3 are wearing hoodies. However, you have to think this one through. Nobody is going to consider that when they see this post, they’re going to see it as “who do you like better, Melo or CP3?” and as expected it’s a goddamn bloodbath for Melo. I mean the fact that they still have this post up is so preposterous you almost have to respect it. Melo is already sensitive enough while trying to #StayMe7o, you don’t need this to fuel the fire. The Rockets are already doing their best to convince their fanbase that Melo is in fact not washed up, and this certainly doesn’t help.

You see, the people of Houston love Chris Paul. He was the player that put them into the Finals contender conversation. They know that had he not gotten hurt they’d definitely beaten the Warriors and made the Finals for the first time since the mid 90s. In my opinion CP3 can do no wrong in the eyes of the Rockets faithful, so what exactly was their social team thinking here? That because he goes by Hoodie Melo that there would be a bunch of guys who would vote for him? Just terrible planning all around from everyone involved.

Look Melo already has enough pressure heading into this season. He needs to fill that Trevor Ariza role and who knows if he can do it. If he’s the OKC version of Melo he’s going to destroy this team and Chris Paul is going to murder him. Now here we are and the season hasn’t even started yet and he’s going to be thinking the fans already don’t like him. That’s dangerous because he may try and overcompensate to maybe change their minds, and with that comes more ball stopping pull ups that he definitely should not be taking.

So while they may have had no idea they were publicly humiliating their new free agent addition and thought maybe this was just a fun post on Twitter to get people hyped for the season, it wouldn’t shock me if this was in fact the beginning of the end. To be honest we haven’t seen a social media fuck up like this from the Rockets since this bad boy in regards to a game against the Mavs during the 2015 Playoffs. 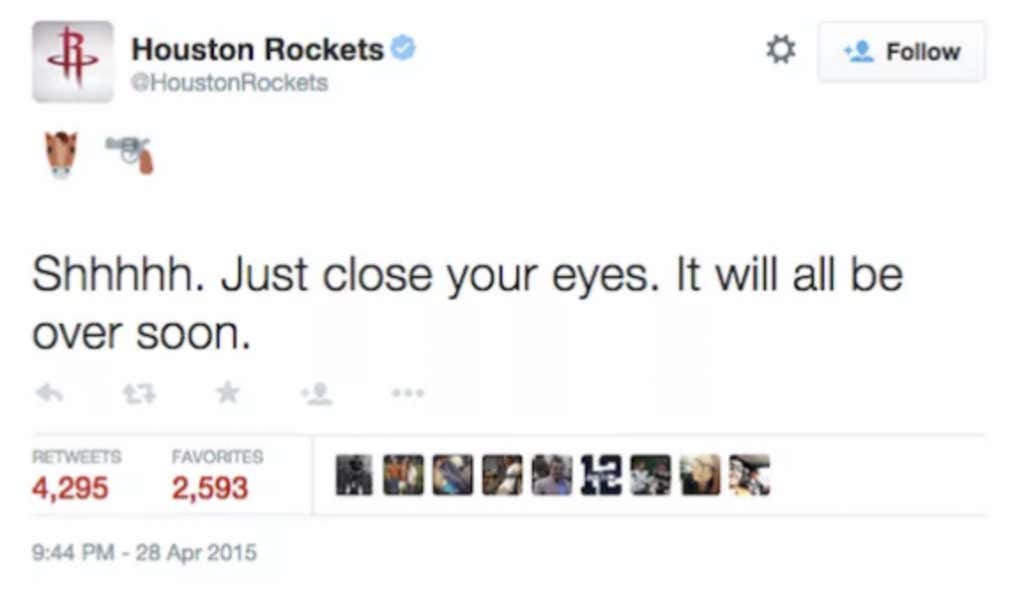