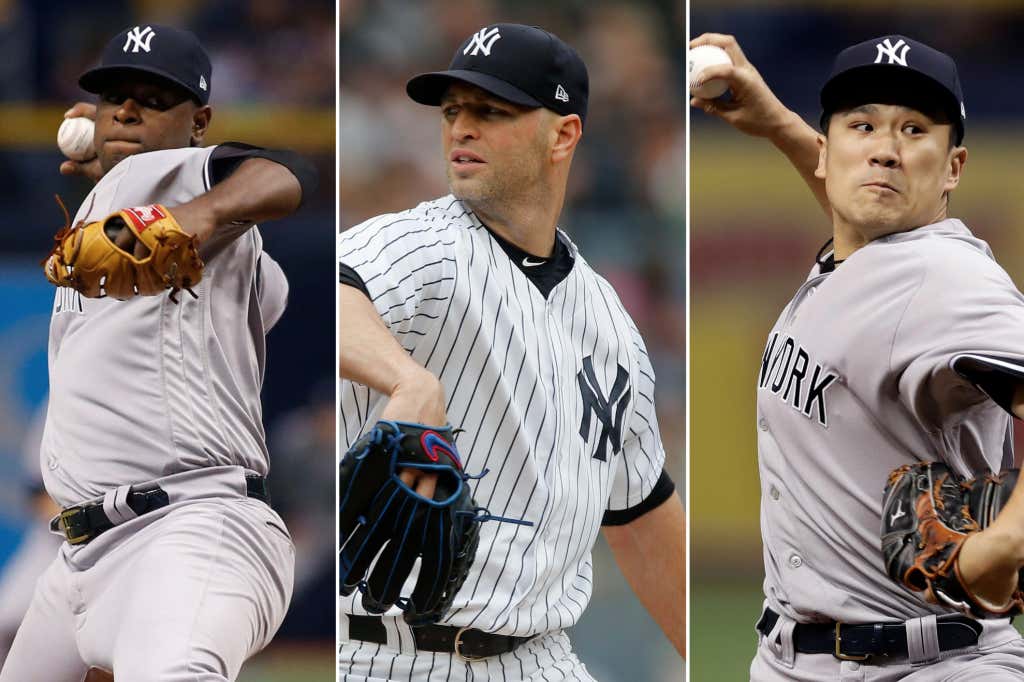 Alright boys and girls, it’s go time. We’ve known for quite some time that the Yankees would be playing in this win or go home war on Wednesday night, and it’s finally here. So the gigantic question that remains unanswered is who do you start in the AL Wild Card Game if you are Aaron Boone and Co. There are three options and you can make a case for all three. I frankly will not be too upset over any option they choose because at the end of the day at the first sign of struggle, the Yankees will turn this into a bullpen game. Obviously the best case scenario is a dominant start by one of Luis Severino, Masahiro Tanaka, or J.A. Happ because a game where we have seven bullpen changes will drive me fucking crazy. Let’s break down the candidates shall we?

If you told me on July 1st there was going to be a debate for who would start this game I would have assumed Severino suffered a season ending injury. To that point he had a 1.98 ERA in 18 starts holding opponents to a .195 batting average. Since then he’s regressed to a below average pitcher posting a 5.67 ERA in 14 starts with opponents hitting .299 in that span. One day it’s his fastball being terrible and dropping 4-5 mph off its average velocity, the next it’s his slider hanging on every pitch. Some days he just can’t find the zone. He’ll seemingly take a step forward only to go backwards three steps in the next. No one really has an explanation for it, but lately he’s shown strides of the old Sevy.

In his start against the Sox at home two weeks ago, Severino was fantastic going seven innings of one run ball, striking out six. From the eye test that was the best his stuff has looked in a long, long time and you could sense his confidence was back. Out of the three guys in contention for this start, Severino always had the ability to leap frog everyone considering we know what he looks like at his best. He’s unhittable. Severino followed that start up with a solid start in Tampa where he was plagued by a bad third inning. Besides that frame he was dominant. So it’s tough when you factor in his inconsistency along with how he performed in last year’s Wild Card game. If you ask me, the latter portion of those worries does not scare me, it’s more of the fact that we don’t know what Sevy we’re going to get. I do not believe the big moment gets to him.

If you’re someone picking Severino to start that game you’re content going down with your best guy. You’re praying vintage Sevy shows up and bullies the A’s. You’re expecting September Severino to emerge from that dugout and toe the rubber. If you ask me, I’m not touching Sevy with a 10 foot pole to start this game. Don’t risk it.

Tanaka time has had a nice bounce back year from a dreadful 2017 campaign. The thing with Masa is that he knows how to pitch in a big game. You could make a case next to CC that Tanaka is the next man up in terms of consistently coming through in big spot when we need it most. Tanaka lit the world on fire with his three near perfect starts last postseason, posting a 0.90 ERA while holding opponents to a .145 batting average. His Game 5 start against Houston was nothing short of dominant.

The thing that will always scare people away from Tanaka is his propensity to give up home runs. In the past two seasons he’s given up over 60 bombs, although just two in the month of September. For an A’s team that loves the home run ball, it’s awfully scary throwing Masa out there. I do trust him to give us five excellent innings, especially on long rest.

If I told you on July 1st that J.A. Happ would be starting the Yankees AL Wild Card game I actually would have called the cops and had you put in the looney bin. I mean it was such an outrageous thought that it had to be wrong. Fast forward three months and Happ has been the most consistent pitcher for this team in the second half of the season. In Happ’s starts with the team, the Yankees have only lost two of them. You pretty much know what you’re going to get out of him in every start: 5-6 innings 3 runs or less. If the Yankees can get that kind of start tomorrow night they will win the AL Wild Card game.

So who do I want? I want the best pitcher the Yankees have right now and that’s J.A. Happ. I don’t look ahead to Boston potentially on Friday and how he would be the ideal Game 1 starter for that. I don’t give a fuck. Worry about Wednesday because there might not be a tomorrow. Now who do I think will start the game? Masahiro Tanaka. He’ll be on a lengthy rest, having not pitched in a week, and the numbers show he’s a way better pitcher when given more than the usual days off. I think the Yankees will look at how he’s limited the home run ball of late and how well he pitched in October last year. I really hope they don’t go Severino because he’s the biggest risk to put us in a giant hole late. Getting an early lead will be imperative in this game. The starter in this one may only be asked to go 3-4 innings, but for those 3-4 they need to be locked the fuck in.

Goddammit do I hate this. I’m so nervous, not because of the A’s, but because it’s baseball and any team can win on any night. The stadium will be fucking rocking and I cannot wait to be apart of it for my first playoff game ever. Let’s fucking do this. 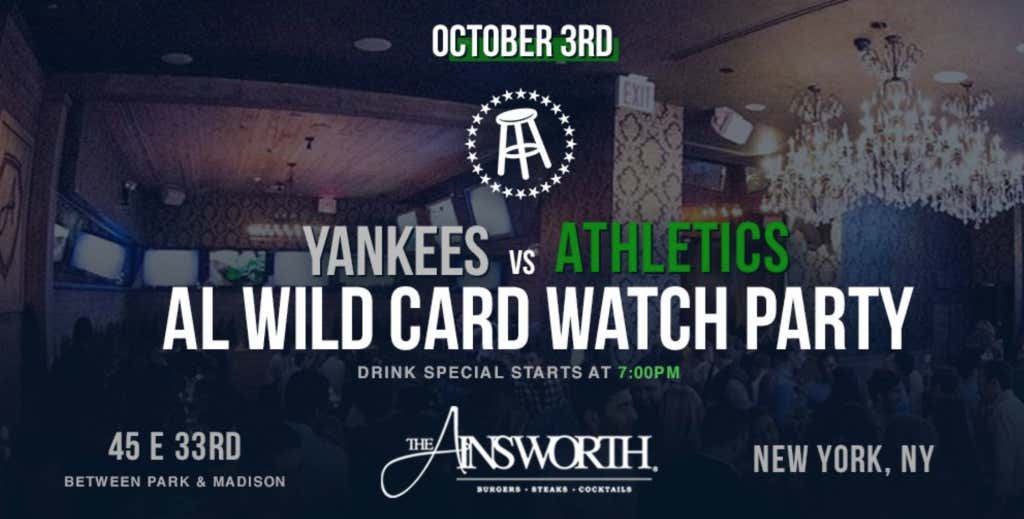 There will be a Yankees Watch Party in New York City at the Ainsworth on 33rd street in between Park and Madison. Drink special starts at 7:00 which includes $4 domestics, $5 pinstripe shots of Curacao, and $6 well drinks. Game sound will obviously be played throughout the night. These were great last year so there’s no reason not to run them back.

The Short Porch will be out sometime tonight. We’re waiting for Boone to announce the starter and the rosters so ideally he does that during media availability today. Subscribe and listen here.