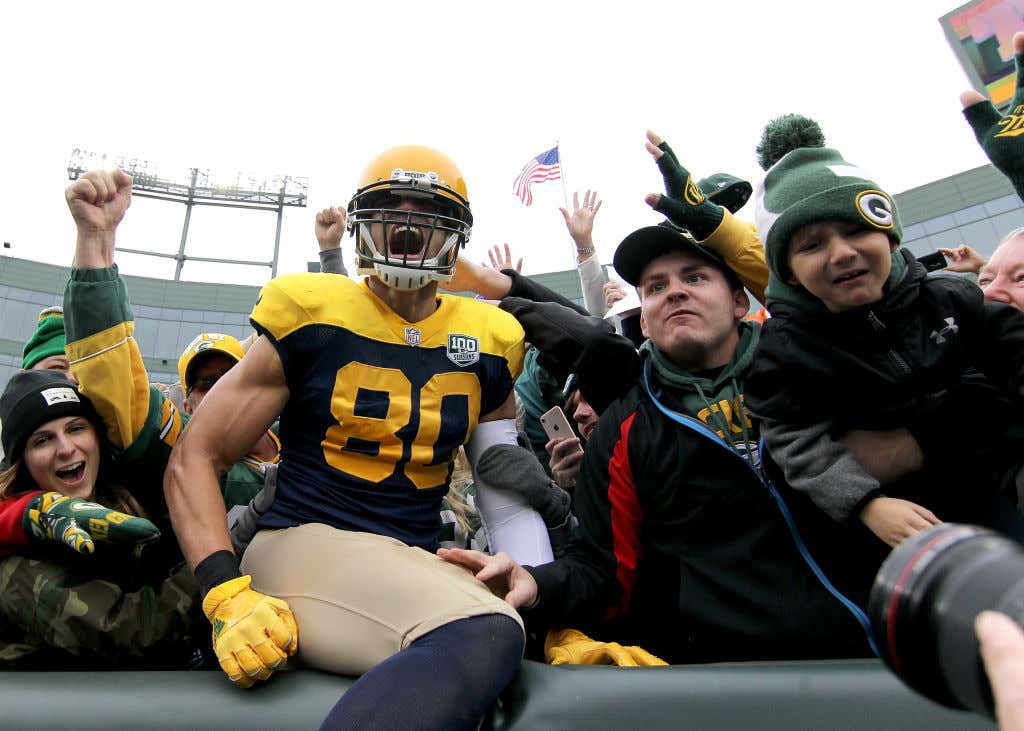 The Packers shut out the Bills, 22-0. If you would have told me this was going to happen before the game, I’d be jumping for joy considering Buffalo put an ass-whoopin’ on the Vikings last week. (Who I thought were good, but 1-2-1 would have to disagree. LOL.) But after watching this game, it’s clear it’s not a huge deal because… the Bills are trash.

Josh Allen was under pressure the entire game and as such, he looked confused and maybe even a little too aggressive. In the second quarter, Allen pushed Jaire Alexander for absolutely no reason (while his tackle, Dion Dawkins, slapped Blake Martinez), Alexander pushed back, and Allen fell to the ground with the theatrics of LeBron James.

A few plays later, Alexander, who should’ve never pushed back in the first place, redeemed himself with this beaut.

But Allen would continue his penalty-free rampage. (Listen, if you can get away with it, why the hell not?) In the third quarter, he decided it was a good idea to shove Jermaine Whitehead by smashing his facemask. 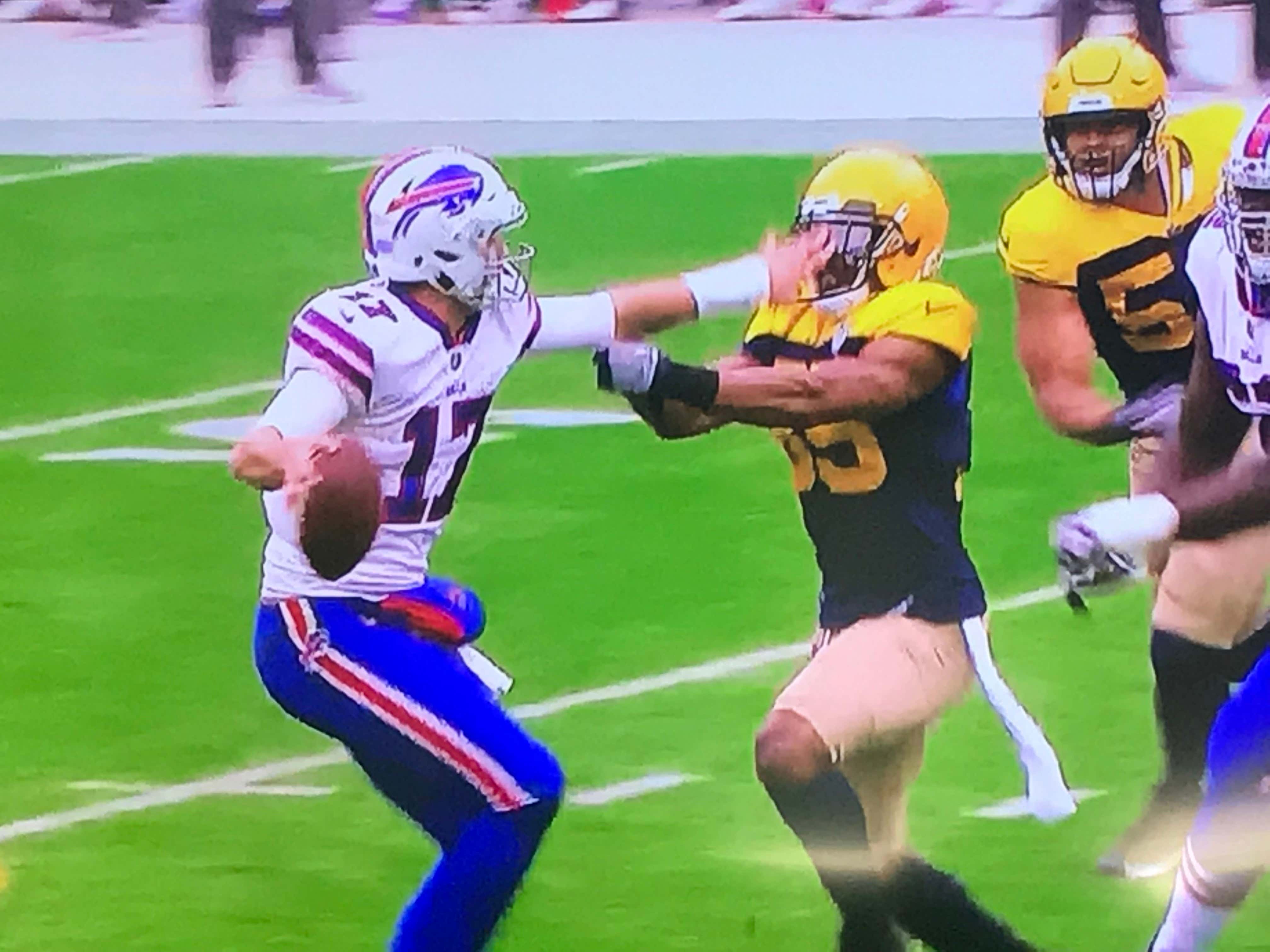 He’s young, he’s a rookie, he’s going to make mistakes. Unfortunately for him though, he doesn’t have a whole lot of support around him, and even his massive hands couldn’t save him in Lambeau. The Packers destroyed him: 7 sacks on like 100 dropbacks, 2 interceptions, and a fumble.

Honestly, though, the game was kinda boring. And for once, that was ok. There wasn’t a wrongful roughing the passer call. In fact, Clay Matthews actually assisted in a sack and walked away penalty-free!

No, no, no, it’s true! Green Bay wasn’t called for roughing the passer ONCE! Couple that with a reliable ground game and a Rodgers that didn’t look like he was going to lose a limb on live television, and damn, it was a pretty good game for the Pack!

Rodgers had his first interception of the season. (To be fair it was double-tipped: first by Termaine Edmunds and then again by Jimmy Graham, so that’s not really on Rodgers.)

Receivers dropped balls. Rodgers missed a couple of throws. In general, the offense was ineffective in the second half. Certainly not the best when the Pack play a dominate team, but more than enough against the Bills.

This one’s for you Sally. 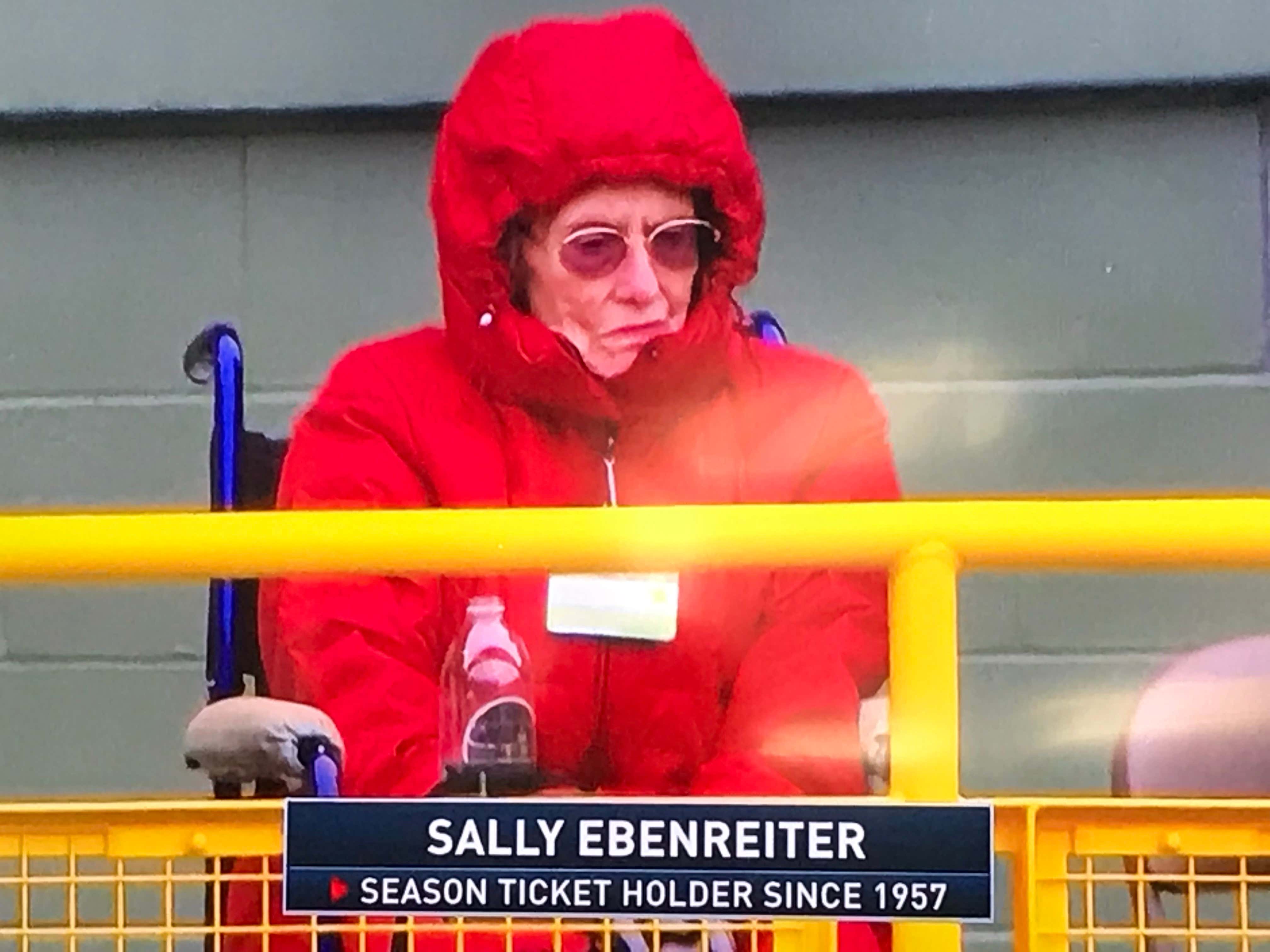 P.S. Everything in the Barstool store is 10% off until Sunday at midnight! Get em while we got em!