He’s a goon. There’s no other way to describe it. A lovable, laughable Goon. But he’s our goon. Not only that, he’s a complete menace on and off the ice. One minute he’s trucking and fighting everyone in the barn, the next he’s giving opposing fans in the stands absolute HELL:

Like, that’s not legal. You can’t buy tickets to a sporting event and end up getting a kilo’s (no I have no idea how much a kilo is) worth of greasy popcorn dumped on your clothes then have your expensive wool hat chucked into the seats. You just can’t…but Gritty can. And I love every second of it. Gritty is carnage. Carnage is Gritty.

Not to mention he’s going on the friggin’ Tonight Show and hamjamming it up with Ricky Gervis and Jimmy Fallon. This fuckin’ thing is less than a week old and is already mingling with A-listers. 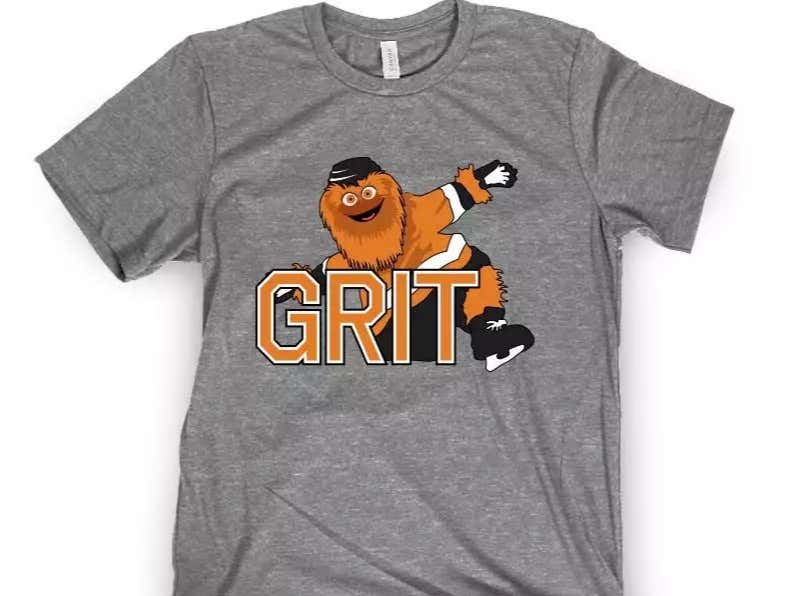