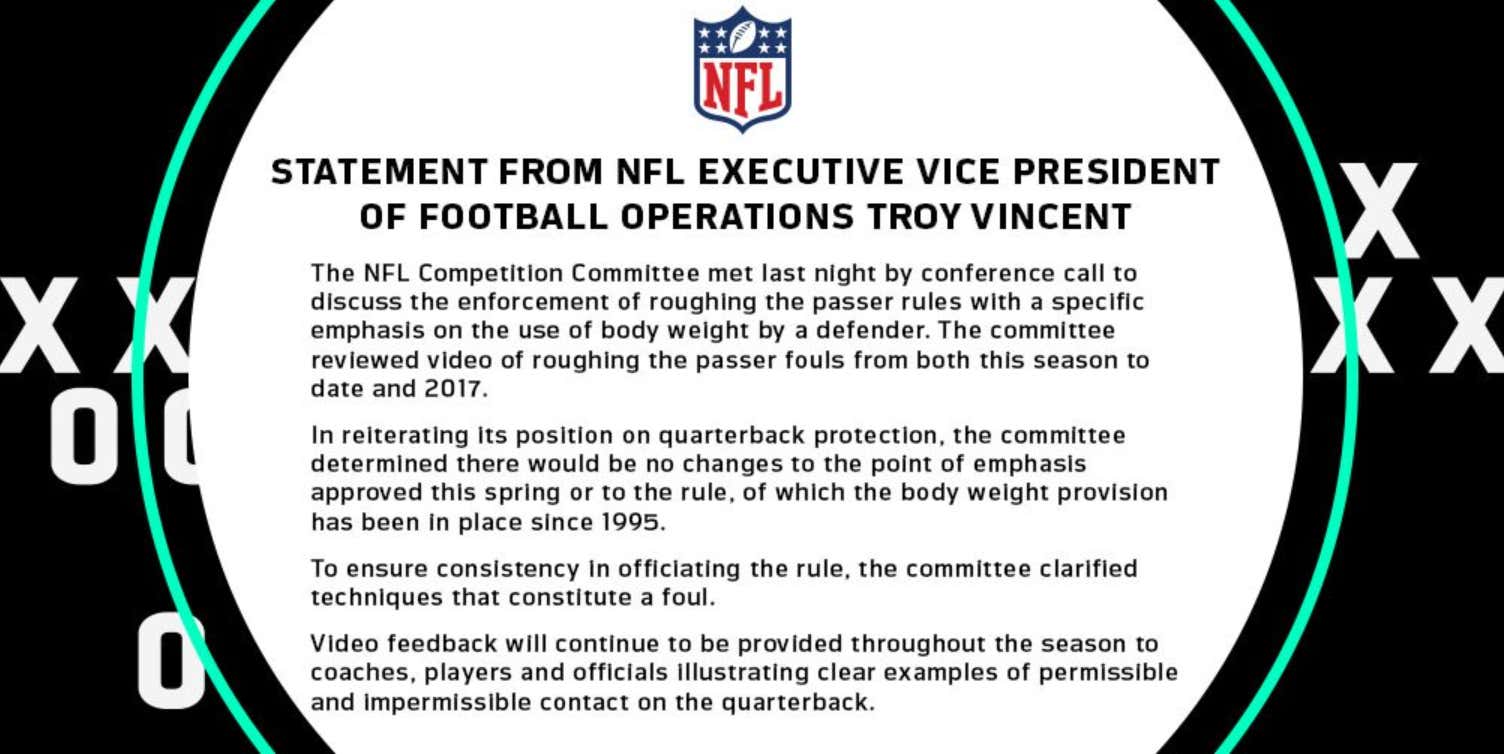 If you don’t want to take the time to read this bullshit “statement,” I don’t blame you. Allow me to summarize:

In case neither one of those explanations suits your fancy, let’s take a look at the video they created that completely, without a doubt, clarifies what roughing the passer actually is.

Hmm. Despite the fact the defender is CLEARLY leaping to NOT put his body weight on Fitzpatrick, the NFL says he “does not make an attempt to take his body weight off the quarterback, therefore this is a foul.” 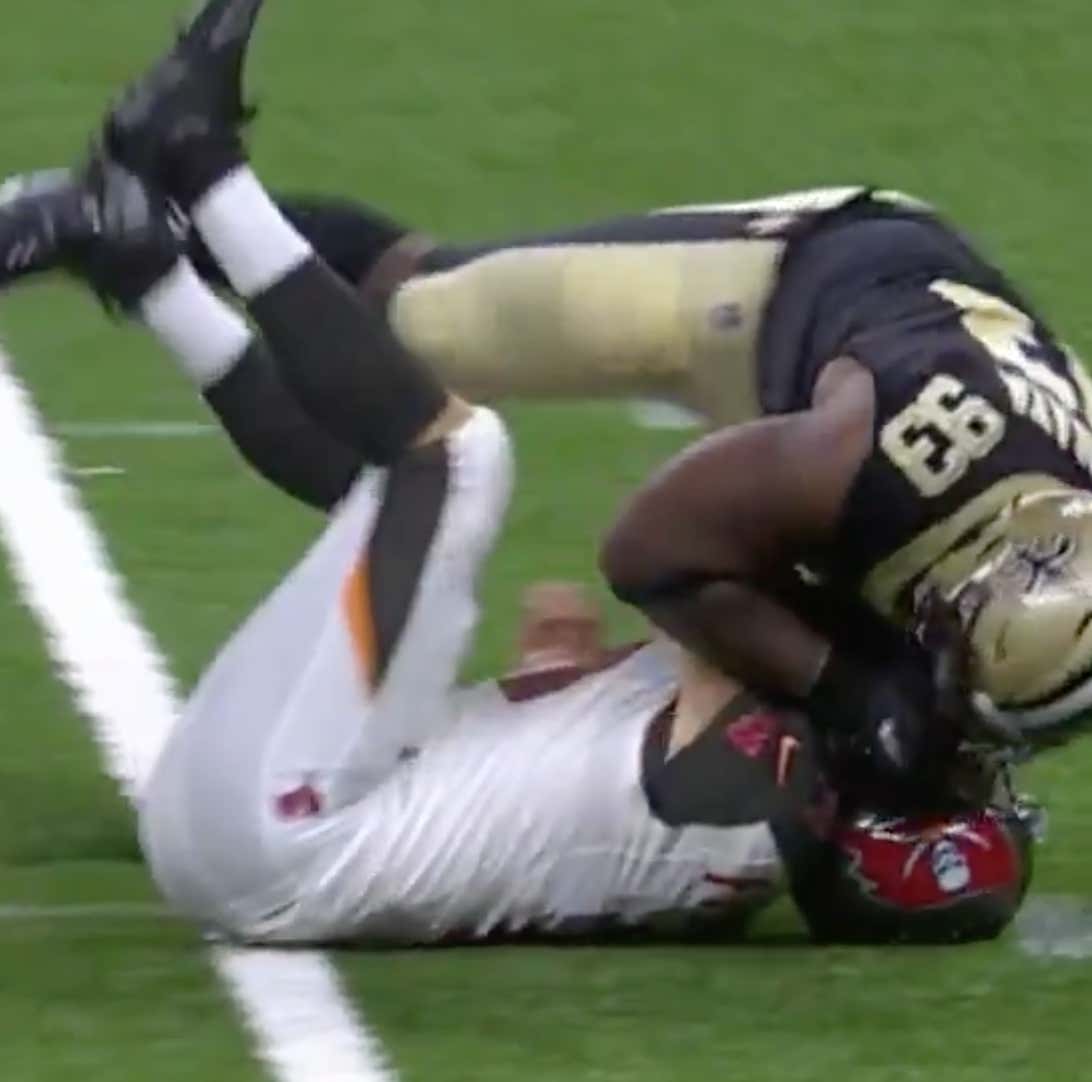 How about this one? And I quote from the higher powers that be “no attempt to break the fall and most, if not all, the body weight is on the passer once they both hit the ground.” 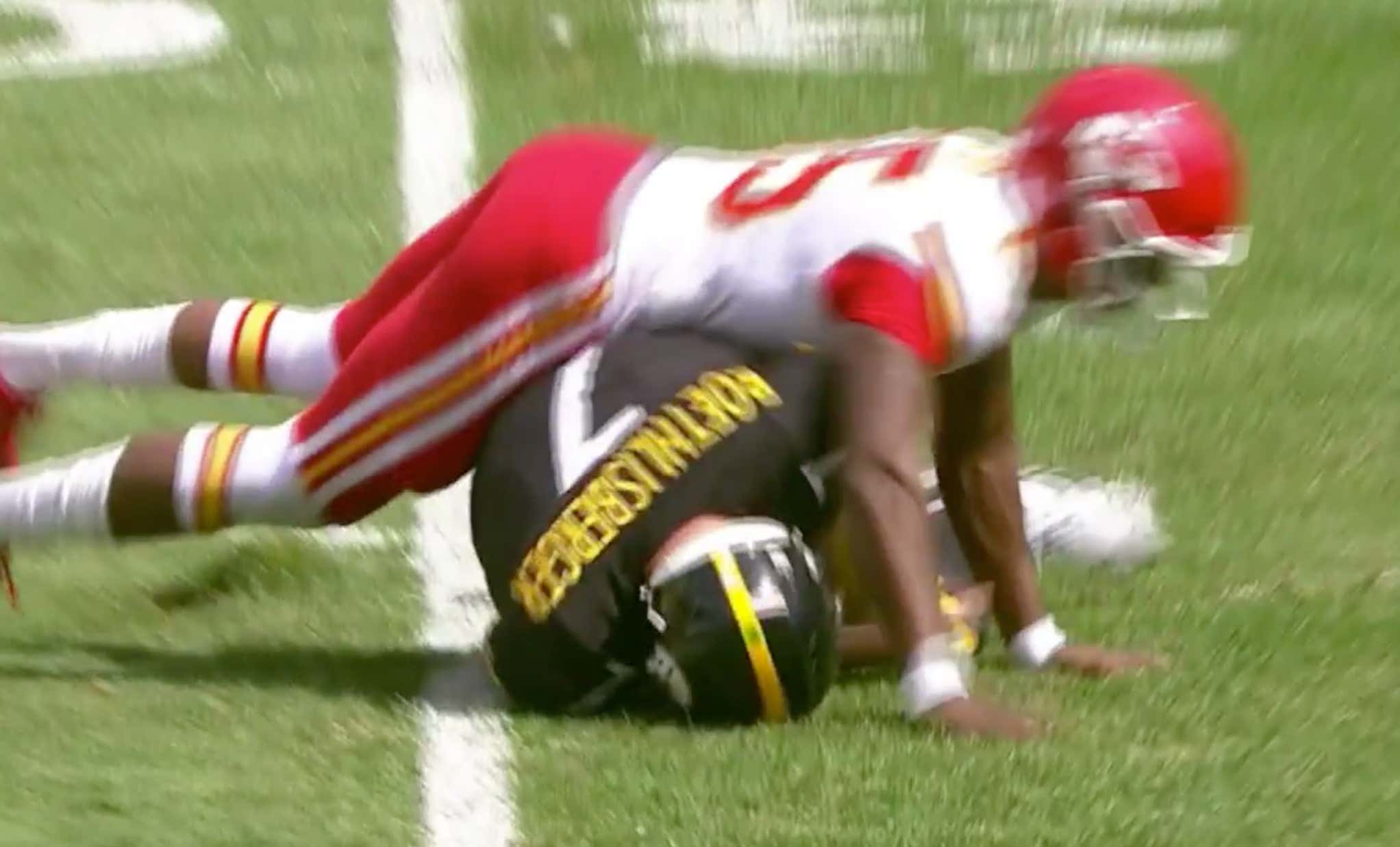 WHAT? What in the actual fuck is going on here? Am I living in some sort alternate universe where the OBVIOUS truth is blindly twisted to be the exact opposite? Is the NFL involved in some sort of conspiracy to see how much bullshit we’re willing to take? Is it possible the rest of the world is blind, and they’re the only ones with clear vision? I mean, how HOW is this “league hit” any different than the Clay Matthews roll-away penalty? 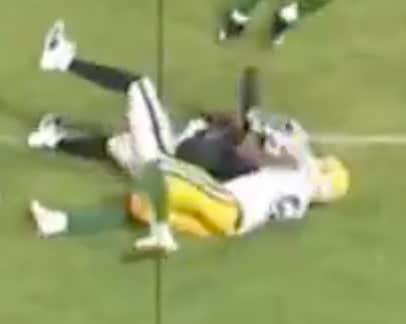 No, no. This has got to be some sort of sick joke. We’re all getting punked. Ashton Kutcher, please just pop out and tell us we’re all living in your make-believe, fantasy world. That we’re all suckers getting clowned by the wealthiest clown of all-time. 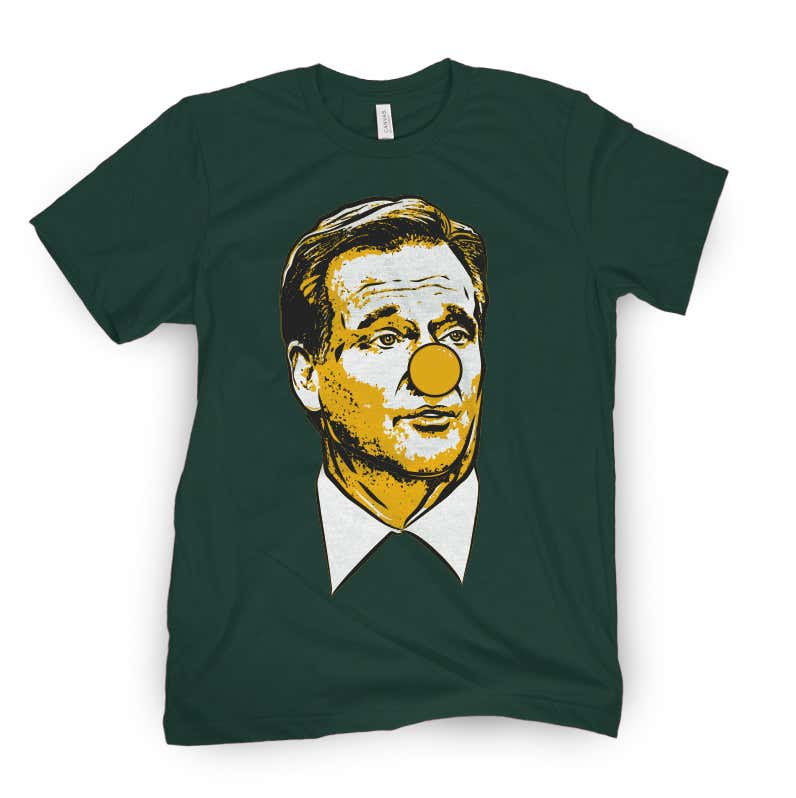