I have received these tweets numerous times, by numerous people. At first I wasn’t going to say anything because the last thing I wanted was this woman (or any woman) being bullied online by Stoolies, thus proving her point.  But the moment I realized, if she were a man, I would have zero issue sticking up for myself and my co-workers… I found myself here.

I don’t know Lindsay Gibbs personally; I don’t know what kind of woman she is, or how she treats people that are not under the Barstool umbrella.  But for someone who works for a news organization whose tagline is “moving news forward since 2005,” she sure is narrow-minded and judgmental. 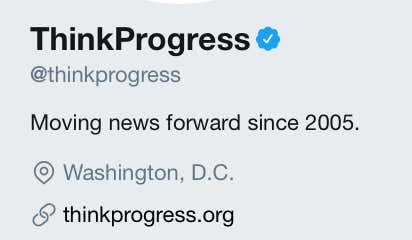 Gibbs is proud and supportive of the women who work for major television networks, women who have paved the way for the rest of us, women I too whole-heartedly support and am thankful for.

Yet she can’t possibly be supportive of this woman because according to her I’m “complicit” with this disgusting company that’s constantly harassing women.

Well, Lindsay, let me just say, I’m disappointed. Not because Barstool is a mistake-free, kumbaya company filled with people who would never hurt a fly, but because we’re a diverse, authentic company filled with really good human beings. We’ve all said shit we don’t mean, and yes, Dave has said some things he shouldn’t have said, no doubt about that. But a lot of it was taken out of context and bent to fit the framework people so desperately want to believe. A lot of it was said when the internet was a free space, filled with websites that are no longer around, for better or for worse. Some of it is just flat out lies. (Dave NEVER said Sam Ponder’s baby should have been aborted, for example.) And some of it was just really fucking stupid.

But to write this article…

…and stand by it a year later, knowing there are women employed here, and claim we are complicit with your narrative of what this company is and who its people are, is the opposite of forward-progress thinking.

I work here. I know what Barstool is actually like, not what hit pieces say we are. And yet, not one single person who makes proclamations about how much “Barstool hates women,” and how misogynistic we are, has reached out to me. Not one person has asked me, A WOMAN, how it feels to work for a company that allegedly treats women like shit.

I have worked for some of those big networks, and I don’t have a single bad thing to say about ANY of them. I thoroughly enjoyed my time at ESPN, Vox Media, NBC Sports, and MSG Networks. I was never mistreated there, and guess what? I have never been mistreated here.

In fact, Barstool has been the only place that has allowed me to speak my mind without holding back. Sometimes that means going against what my co-workers think, and I do so freely, knowing my voice is equal to theirs. Never have I felt disrespected for thinking differently, nor do I bite my tongue out of fear of how my truth will be received.

Instead the opposite is true: I have been given the freedom to do what I want and say what I want, both professionally and personally. I am constantly arguing with the man you speak of with such disgust, and Dave has never once made me feel lesser than him purely because of my gender or race. Kevin was the first person to welcome me, provide professional guidance, and wake up early to tape a show with me. Dan and PFT have both gone out of their way to assist me with content, to bring me into the football conversation. KMarko has proofread every single blog I’ve ever written and made me a better blogger. Feitelberg has never turned me down when I’ve asked for his help on a video or radio. The people within these walls are exceptional.

Is the comment section filled with vile and hate? Sure. But they represent less than .01% of our readers. Do Stoolies go hard at anti-Barstool crowds? Yes. But only because they have seen enough out of the people here to know we aren’t sexist, misogynistic pigs.

Because we’re not. And these stories that try to paint us in that ugly light are exhausting, unfair, and just plain wrong. So maybe next time you consider anyone who associates with Barstool to be “complicit” with the mistreatment of women, you’ll reach out to someone who would know first hand if this were true, someone who time after time has proven she’ll speak the truth, even when it’s not the popular truth.

Someone who is one of many strong, female voices in a place that couldn’t be further from trash.