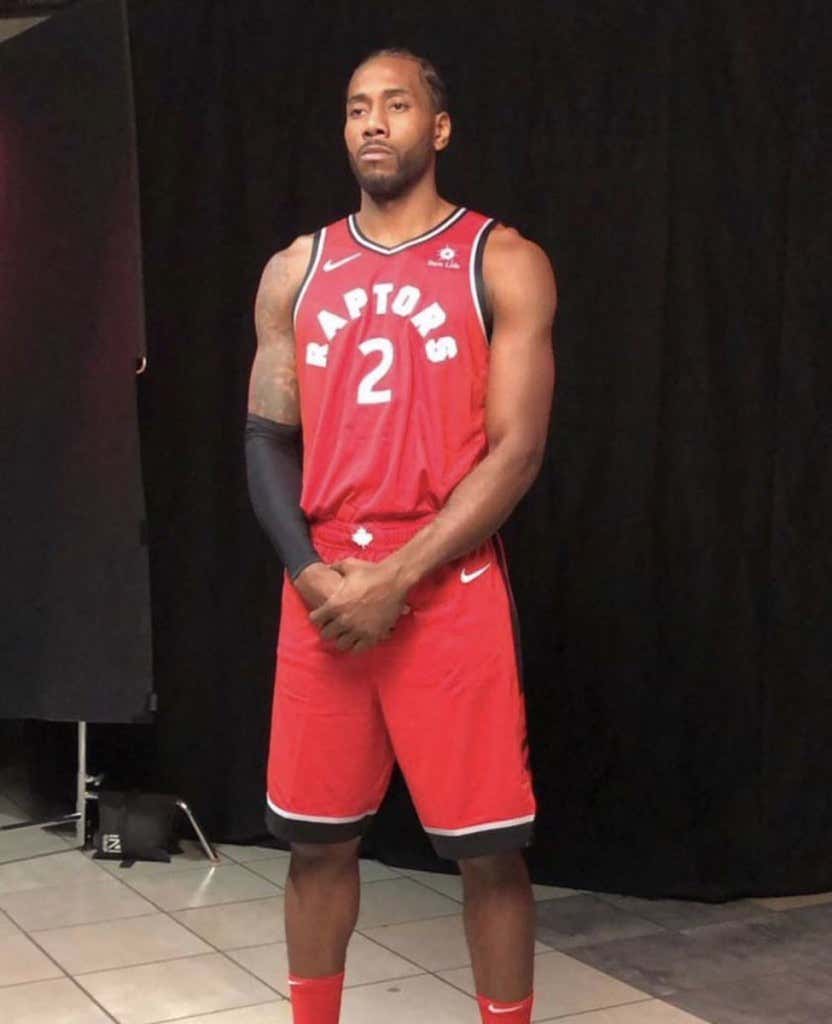 With Media Days kicking off around the league today, we finally got our first look at Kawhi Leonard in his new digs. Now I know what you’re thinking, that Kawhi looks like he’s being held captive north of the border and is crying for help without even saying anything. In reality, this is probably in the Top 5 in terms of Kawhi being excited I think I’ve ever seen. Not even joking, this his Kawhi’s excited face. It’s about as far as his AI learned has gotten to this point. For reference, here he was after winning a title. 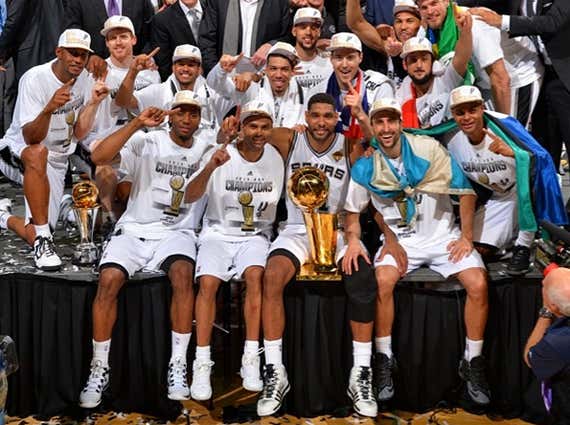 If I’m a Raptors fan, and I had maybe been nervous since the day the trade was announced that Kawhi might bolt for LA after this season, seeing that picture should provide a sense of calmness and confidence. When a guy looks that happy before a game has even been played yet, that’s usually a good sign that he likes where he is professionally. I don’t foresee any sore hamstring issues to pop up out of no where you know what I mean?

The Raptors have pretty big expectations if you ask me as they head into the 2018-19 season. Just like I said in my season preview, with the East being so wide open, and with TOR essentially upgrading their roster while not losing anyone important, this is a Finals or bust season. Look, that was also the expectations last season while ultimately the Raptors failed miserably at achieving, but LeBron is gone now. Can they finally shake the “great in the regular season and dogshit in the postseason” label? One thing that will certainly help is a healthy and happy Kawhi Leonard, who just so happens to be a Top 5 player when both of those things are achieved.

So if you’re in the 6, don’t let anyone get jokes off about how miserable Kawhi looks and that he’s definitely leaving no matter what happens this upcoming season. They’re just hating. Maybe THIS is the year things are going to be different, as long as Popovich didn’t send Kawhi over with some sort of deconstructive virus software, he should be back to his old self in no time.