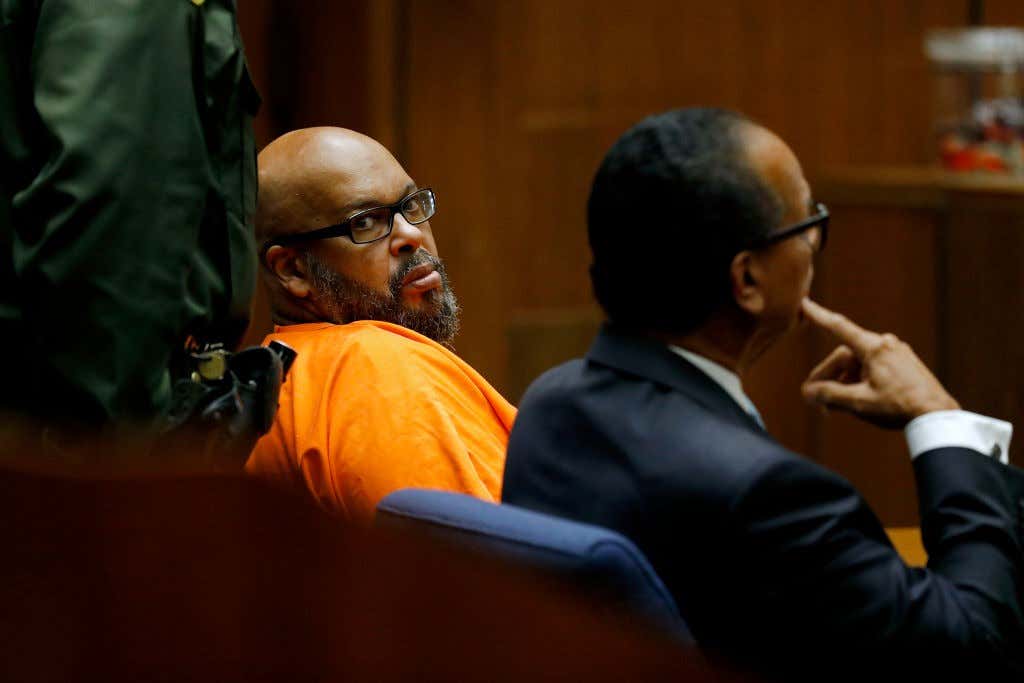 The Death Row Records co-founder entered the plea in Los Angeles Superior Court and has agreed to serve 28 years in prison. The plea came days before jury selection was scheduled to begin in the long-delayed case. Knight was charged with murder, attempted murder and hit-and-run after fleeing the scene of an altercation in January 2015 outside a Compton burger stand. Knight and Cle “Bone” Sloan, a consultant on the N.W.A biopic “Straight Outta Compton,” were involved in a fistfight that ended with Knight clipping the man with his pickup truck and running over businessman Terry Carter, who died from his injuries.

What we just witnessed was the end of an era. Suge Knight, the boogeyman of the music industry, just accepted his fate and will be locked in the slammer for the next 28 years from charges stemming from a hit and run (warning: pretty graphic shit). Yeah he has been in jail while on trial for this whole mess, but there was always something about Suge Knight that felt like he could walk away from this, go back to terrorizing the world, and end up back in court in a few years. But yesterday one of the scariest people to ever grace our TVs with more fables told about him than Paul Bunyan went down with a No Contest plea while looking like Uncle Phil if he broke bad and ended up on the wrong side of the Judge’s bench (RIP In Peace). Crazy shit.

Imagine walking into prison already terrified of everything and finding out that Suge Knight is your fucking roommate? True nightmare shit. Granted if you make it all the way to the kind of prison where Suge Knight is, you probably did something more serious than staging a sit-in to defend your favorite team’s quarterback getting railroaded by the NFL and most of the other options in those cells aren’t probably all that great. But there was always something about Suge that makes him extra scary like a video game boss, whether it was the badass name, the all-red suits, the cigar, or the 1995 Source Awards.

After yesterday, I think we can declare a winner in the infamous Suge/Dr. Dre breakup. One is in jail for about 30 years and the other is still making money hand over fist while everything he touches, from music to music products, turns to gold. I may have to watch The Defiant Ones again tonight. If you haven’t seen it yet, I highly recommend it.

Speaking of which, we neeeeed a “Straight Outta Compton” style film about the rise and fall of Death Row Records. I can only imagine the stories from those golden years of hip hop.

Author’s Note: This blog will be deleted if Suge ever gets out of prison alive because I don’t want there to even be a chance of him reading that Uncle Phil line