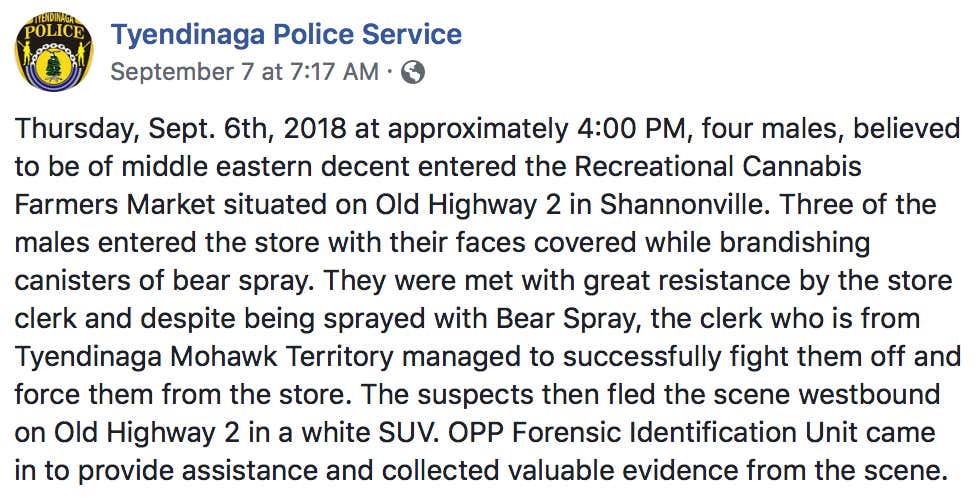 Two cannabis store employees are just chillin’ minding their own business when 4 weed-craving idiots come into the store shooting up the place with bear spray. (For those of you not familiar with bear spray: it’s a specific aerosol bear deterrent, whose active ingredients are capsaicin and related capsaicinoids, that is used to deter aggressive or charging bears. In other words, it’s designed to keep a massive bear from ripping your face off, so suffice to say, it should work on a human.) 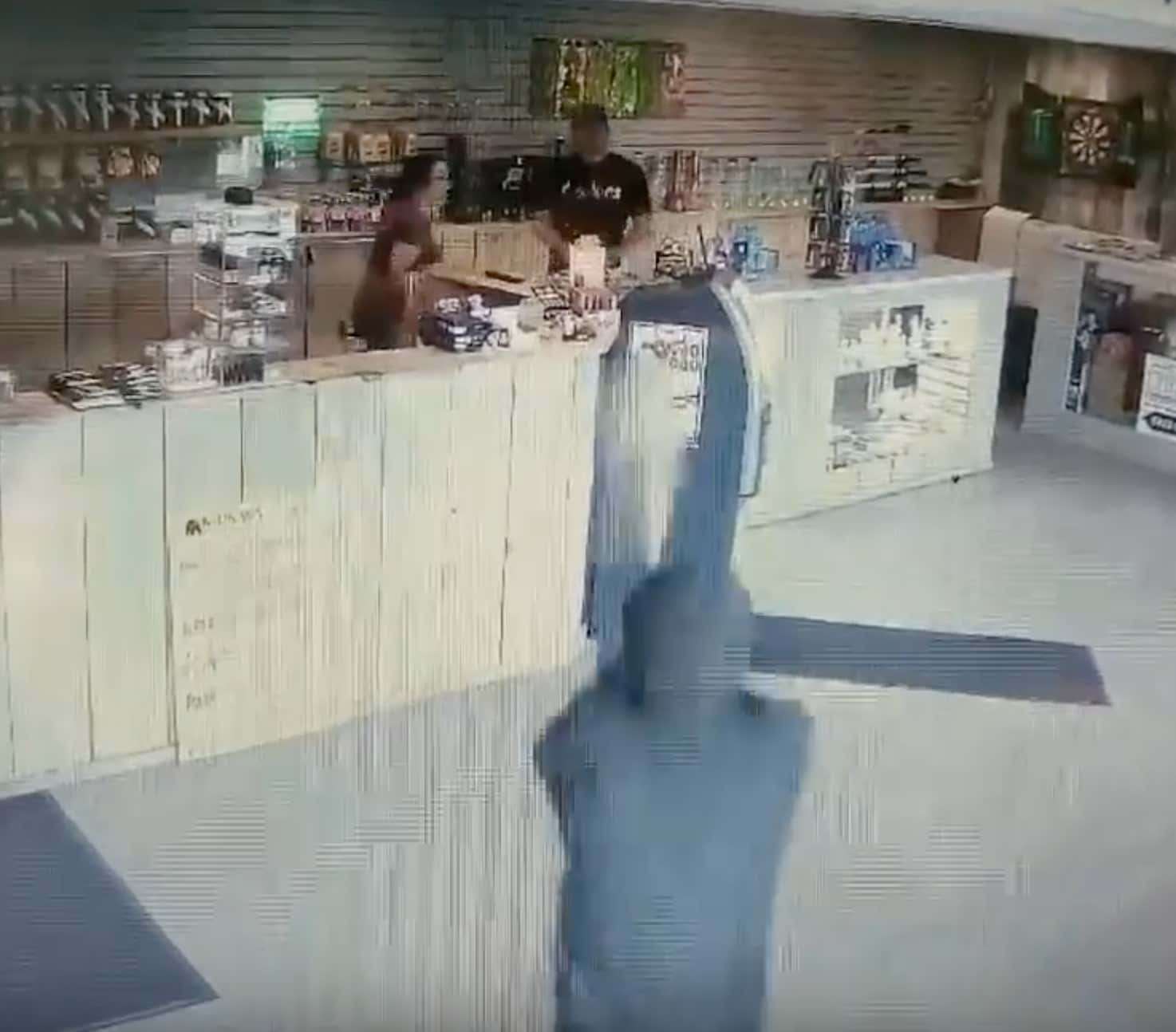 But this is not ordinary human. In this particular moment of impact, when confronted with 4 men because who want to stick up the place, the unarmed male employee has one of two options:

1) Give the criminals whatever it is they’re asking for because he’s outnumbered 4:1 and no object is worth more than the lives of him and his lady co-worker.
2) Say fuck it and defend his place of work and possible future lover (if things go right), because there’s no glory in being a coward.

TWO, he picks option two!!! Except, he doesn’t have a weapon of any kind… or does he? 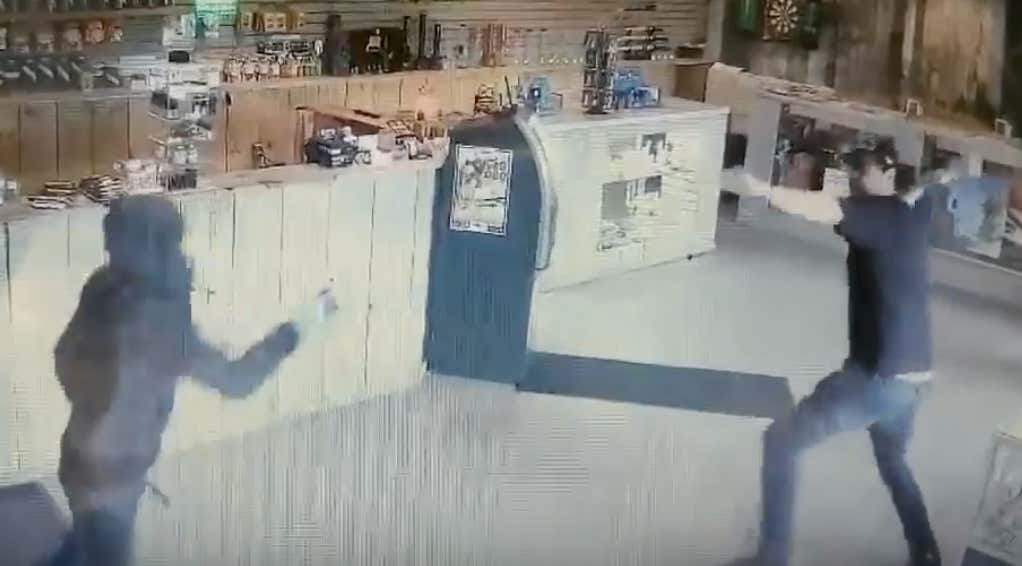 A bong. ONE man scared off FOUR robbers (amateur, clearly) with a single glass bong.

And they say one person can’t make a difference!