A-MA-ZING. She bought it! Hook, line and sinker. That’s the meanest and funniest thing I’ve ever seen. We’ve seen a couple of these videos now but that’s the only one I’ve thought was real. That kid for real thought she was gonezo. She thought she had vanished right off this planet. What a surreal feeling that has to be. Well surreal until you really start to think that no one is ever gonna be able to see you again and you break down into hysterics. There’s different types of crying. There’s crying from laughter. There’s crying when a loved one dies. Then there’s crying when you think your sister just made you invisible. It’s a different type of cry. It’s a howl, really.

Shoutout to everyone playing along. They played it perfectly. The mom should win an Academy Award for her performance. The picture was a solid move but the mom screaming bloody murder when the kid touched her was what really sold the whole thing.

The real MVP though? The dog for not giving it away 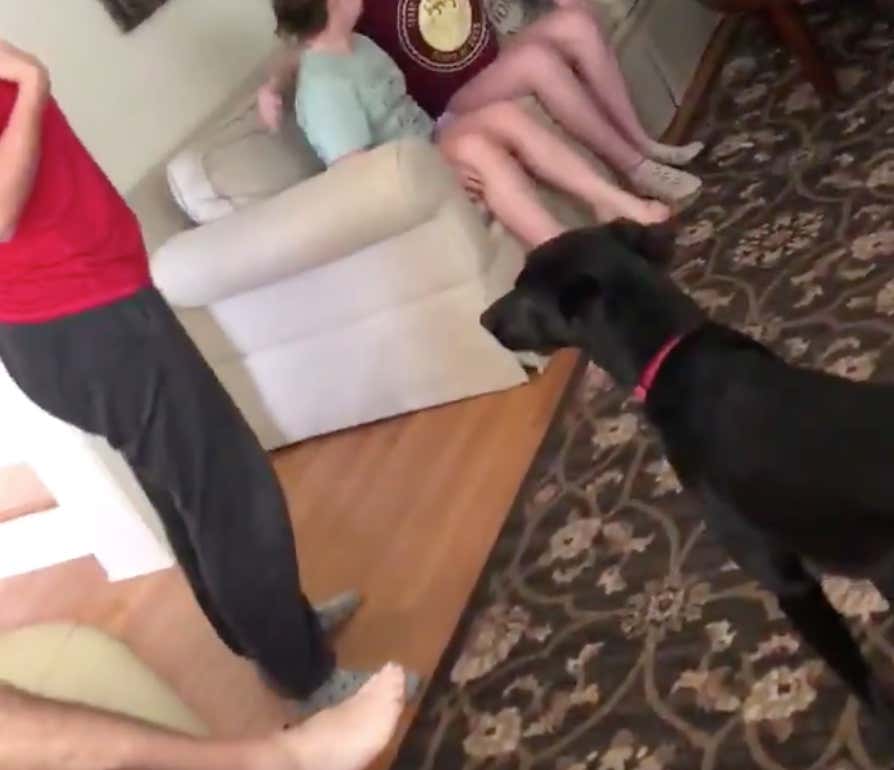 You know what I don’t like about that video? That’s something my siblings would’ve done to me as a kid. I’m the youngest in the family and they loved messing with me. They’d do all sorts of mean things to me and I’d believe them because I was the youngest. Like onnce they told me I was adopted and I 100% believed them. Why? Because I was a kid. I believed them because they kept telling me I was adopted. I’d be like, “But wait, I was a huge baby. I was on the front of the newspaper with mom” and they’d counter by saying that it was the perfect cover story to make me think I wasn’t adopted. I would then start to cry. So yeah, that video is super funny but it’s also like fuck older siblings cause they’re super mean.