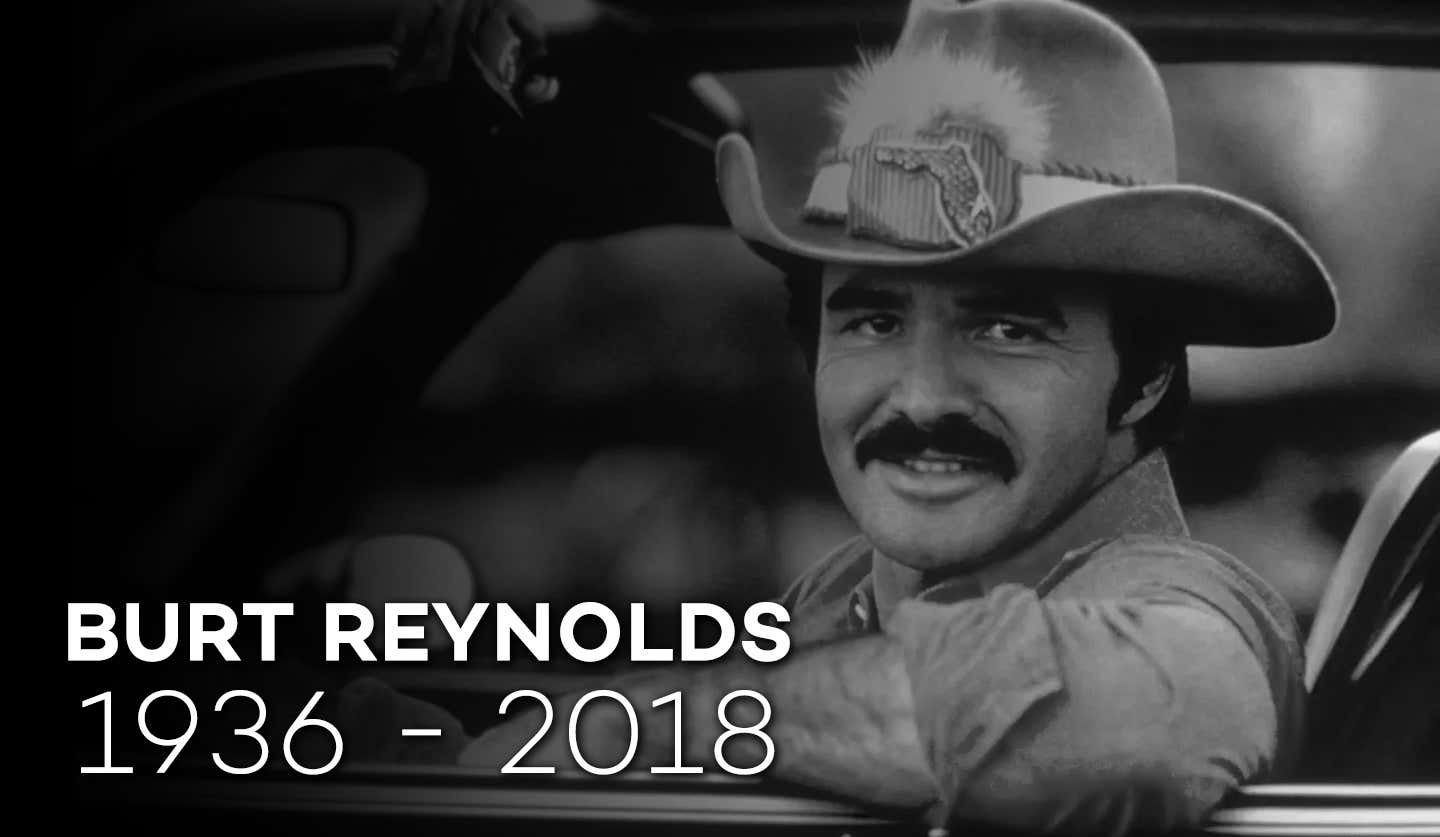 Hollywood Reporter – Burt Reynolds, the charismatic star of such films as Deliverance, The Longest Yard and Smokey and the Bandit who set out to have as much fun as possible on and off the screen — and wildly succeeded — has died. He was 82.

Damn, this is a really sad one. This came as a surprise, at least for me, because I wasn’t aware Reynolds was sick. He passes away at the age of 82-years-old and leaves behind a pretty awesome career on the big screen.

He was actually set to star in Quentin Tarantino’s upcoming movie ‘Once Upon A Time In Hollywood’.

COS – Earlier this year, Reynolds was cast for Quentin Tarantino’s upcoming film, Once Upon a Time in Hollywood. He was to play George Spahn, the real-life person who rented his ranch property to Charles Manson and his “family” prior to their murder of Sharon Tate. As of press time, it’s unclear if Reynolds had completed filming prior to his death.

The list of good movies from Burt Reynold’s filmography is endless, but I will have to go with ‘Boogie Nights’ as my favorite.

Would you want to work again with Paul Thomas Anderson?
I don’t think so. Personality-wise, we didn’t fit.

How so?
I think mostly because he was young and full of himself. Every shot we did, it was like the first time [that shot had ever been done]. I remember the first shot we did in Boogie Nights, where I drive the car to Grauman’s Theater. After he said, “Isn’t that amazing?” And I named five pictures that had the same kind of shot. It wasn’t original. But if you have to steal, steal from the best.

Love it. The confidence, the star power, the everything, really, from Burt Reynolds, is what made him a quintessential Hollywood icon. Despite that tension, they still put together an amazing movie.

He will be missed. Rest in peace, Burt.

P.S. – It’s a shame they soiled his ‘The Longest Yard’ movie by making that dumpy ass Adam Sandler one years later