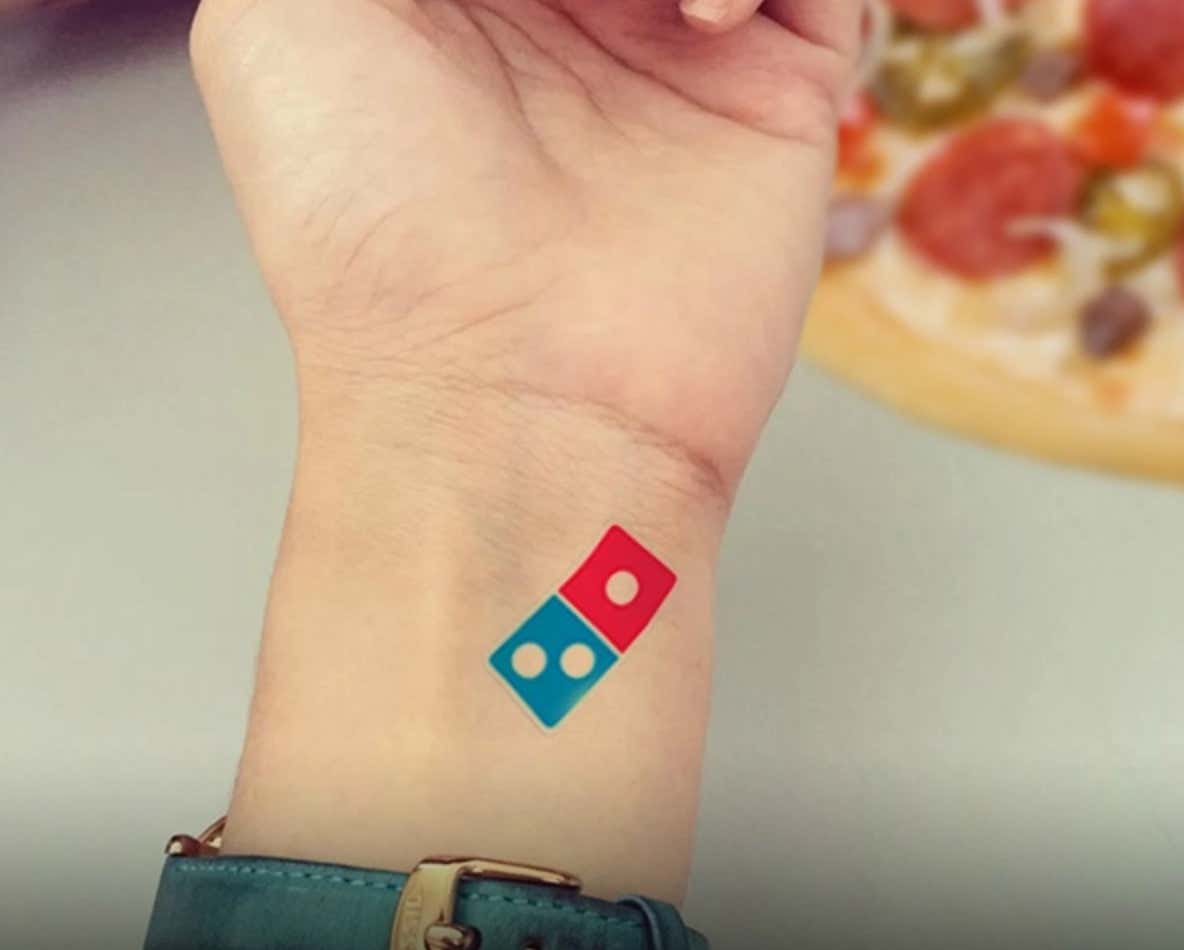 NYP- Domino’s Pizza in Russia was forced to end a promotion offering fans free pizza for life if they got the brand’s logo tattooed “in a prominent place” on their body after the campaign became too popular. The promotion was originally advertised to run for two months, starting Aug. 31, but the pizza chain ended it only five days in after its social media was flooded with excited pizza fanatics all proudly displaying their Domino’s tattoos. The advertisement promised up to 100 free Domino’s pizzas every year for 100 years to anyone who got a tattoo of the company’s logo, posted the photo to social media and proved the authenticity of the ink. The company clearly was not expecting so many fans to go under the needle for free pizza and ended the promotion Tuesday, announcing only the first 350 people with tattoos will be awarded the special lifetime deal.

Does Dominos not realize how many people love Dominos? That’s what this tattoo promotion says to me. They wanted to see if they actually had loyal fans out there. And guess what? They do. They have a whole bunch of them. So much so that lots of people were more than willing to get the Dominos logo tattooed on their skin forever for 100 free pizzas every year. Dominos got spooked and cancelled the promotion cause they didn’t wanna give away that much free pizza.

It’s like Dominos doesn’t realize that large chunks of the world LOVE Dominos. Like, really love Dominos. I’m one of those people who comes from one of those large chunks. Before I moved to NYC, I used to get Dominos every weekend. I’d get myself a big ol’ think crust pepperoni pizza. Delicious. Seems like Dominos let the elitists get in their heads about pizza. Sure, people on the coasts shit all over Dominos because, guess what, they’re idiots. They’re idiots and they’re sheep. They’re the same people who shit on The Big Bang Theory without watching it. They shit on Dominos pizza yet they’ve never had it but they know it’s cooooooool to shit on Dominos. They know people will agree with them. Those people suck. If you can’t sit down and enjoy and nice Dominos pizza then you’re a fake cultured snob. Live a little.