So Rone was just on Barstool Radio talking about how he spent the weekend in Chicago at a bachelor party with John Mayer. Over the course of the conversation Rone revealed that John Mayer thinks I run Barstool Sports. 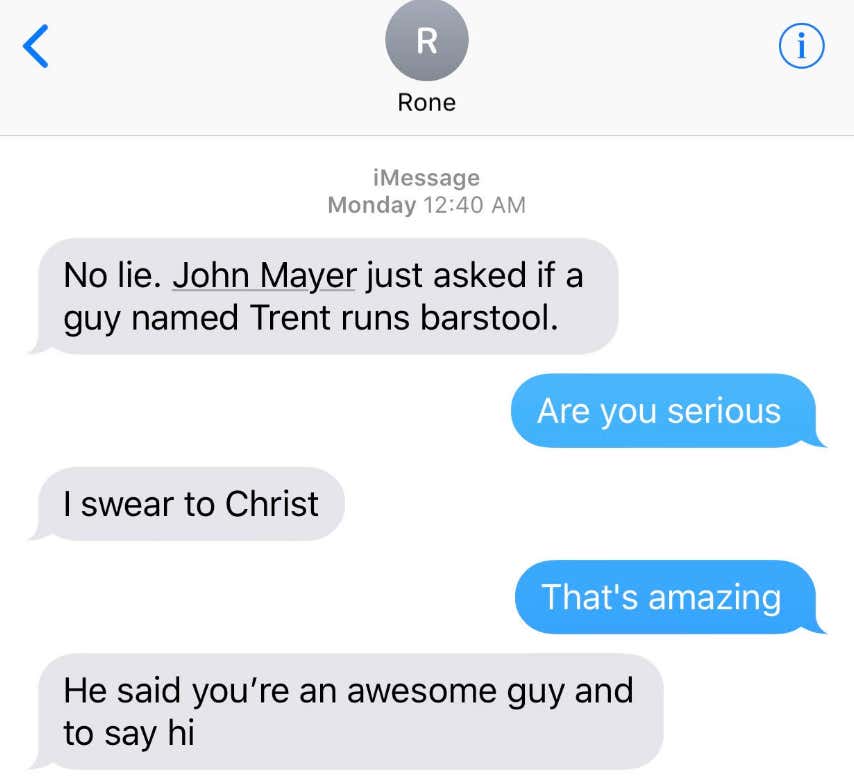 So that was a very cool text to get. As people know, I’m a HUUUUUUUUUGE John Mayer fan. I once went to a John Mayer concert by myself in New Jersey. People thought it was a weird move but it wasn’t. I love Mayer a lot so the fact that he kinda sorta knows I exist makes me extremely happy. John Mayer thinking I run Barstool Sports is a product of me commenting on a bunch of his instagrams and tweets. He obviously saw @barstooltrent so many times that he just assumed I was the guy who ran the entire company.

I will say, I was skeptical of Rone’s text at first. Very skeptical in fact.

I was skeptical for two reasons:

1. Rone might be a wizard. We’ve seen the type of damage he can do when he puts a curse on somebody. I legitimately think Rone lives on a different wave length than the rest of us. His body is packed with so much talent that he just interacts with the world in a different way. With that in mind, he’s a savvy prankster so part of me thought he was texting me about John Mayer because he knew I’d get excited and buy it

2. (hopefully my mom isn’t reading this) I was high when I got that text from Rone. I had taken a weed. It was late. I wanted to watch Netflix and relax so I took a weed. I don’t know how weed effects you but it causes me to completely lose my ability to read social situations including text messages. When I’m high I’m no longer able to gauge what’s sarcasm and what’s not. It’s a real issue. Whenever I smoke I usually don’t interact with phone much after that. So I smoked and then got a text from Rone saying John Mayer thinks I run Barstool Sports. My brain had NO IDEA how to read the situation. I was sweating a whole bunch on my couch trying to wrap my head around what was happening

However, I do believe Rone. He assured me via text the next day, and again when I saw him today, that John Mayer in fact thinks I run Barstool Sports. I do wanna say that me and everyone with a job at Barstool Sports should be happy it’s Dave Portnoy running this place and not me. We’d all be out of a job if I were the leader but I still enjoy knowing that John Mayer thinks I run Barstool. 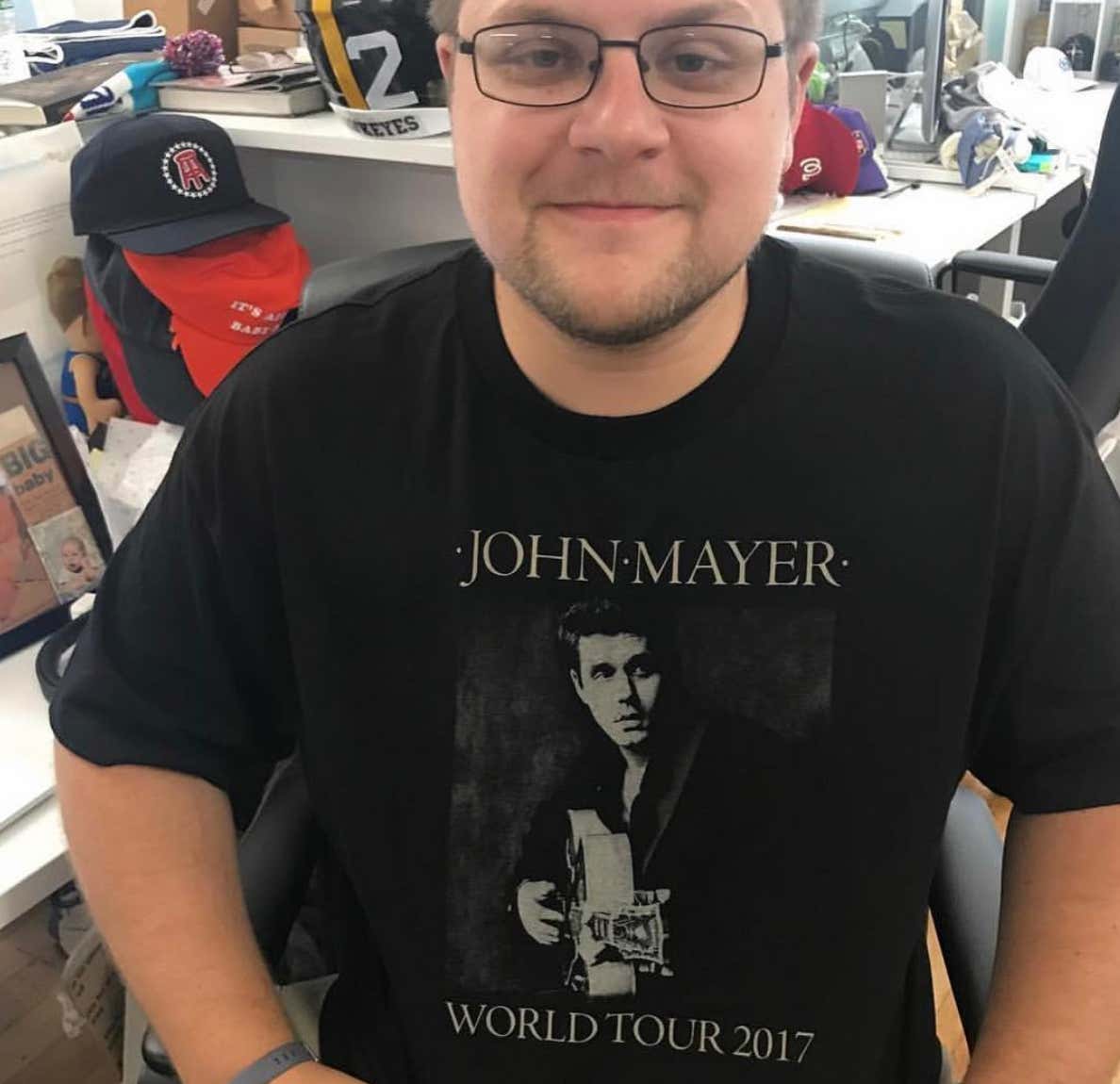