The Euros made their captain’s picks this morning finalizing their 12-man squad and I could not be less impressed. These guys stink. They picked Sergio Garcia lol. I get that Sergio won the Masters last year but the guy’s been in la la land ever since. Nobody’s more hot or cold than Sergio Garcia and let me ask you this. Does this look hot to you? 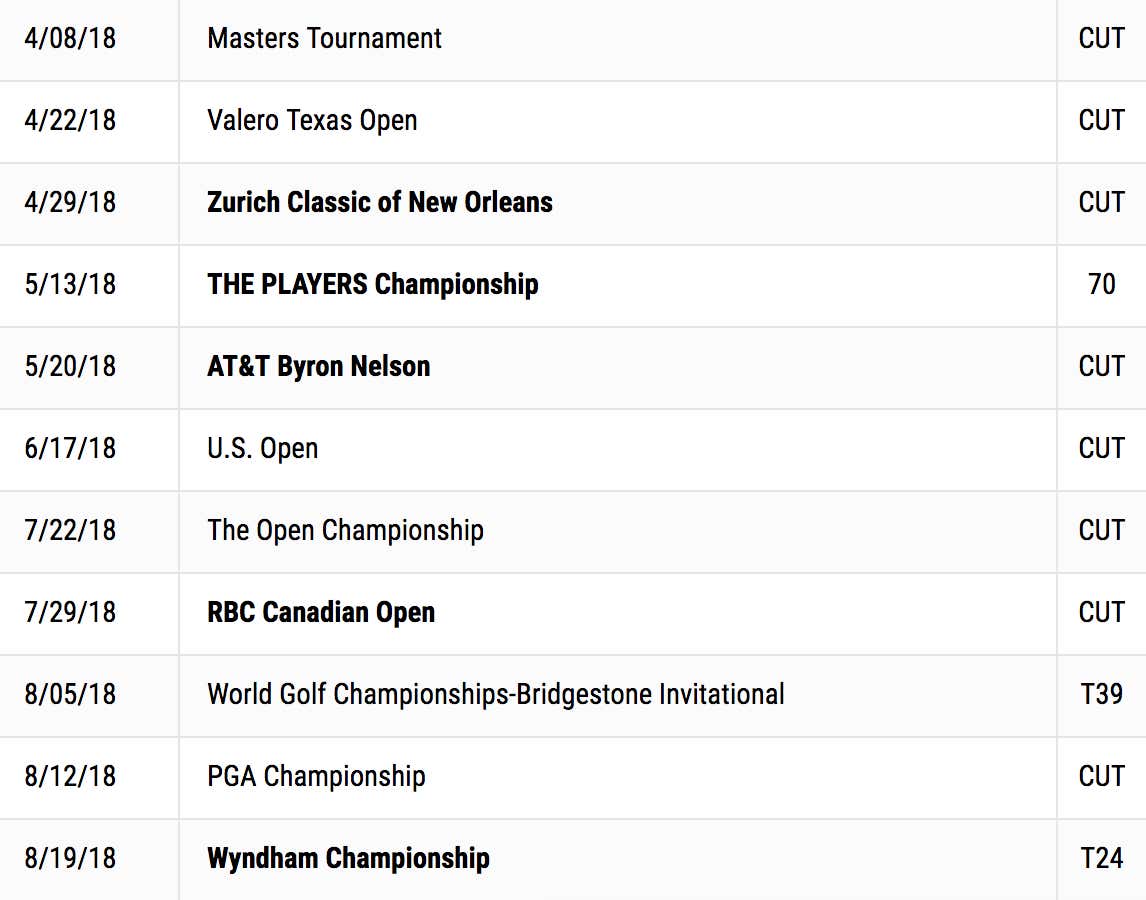 No it does not. They took Sergio over Rafa Cabrera-Bello and Thomas Pieters. Insanity. Here are Europe’s 2016 Ryder Cup records. 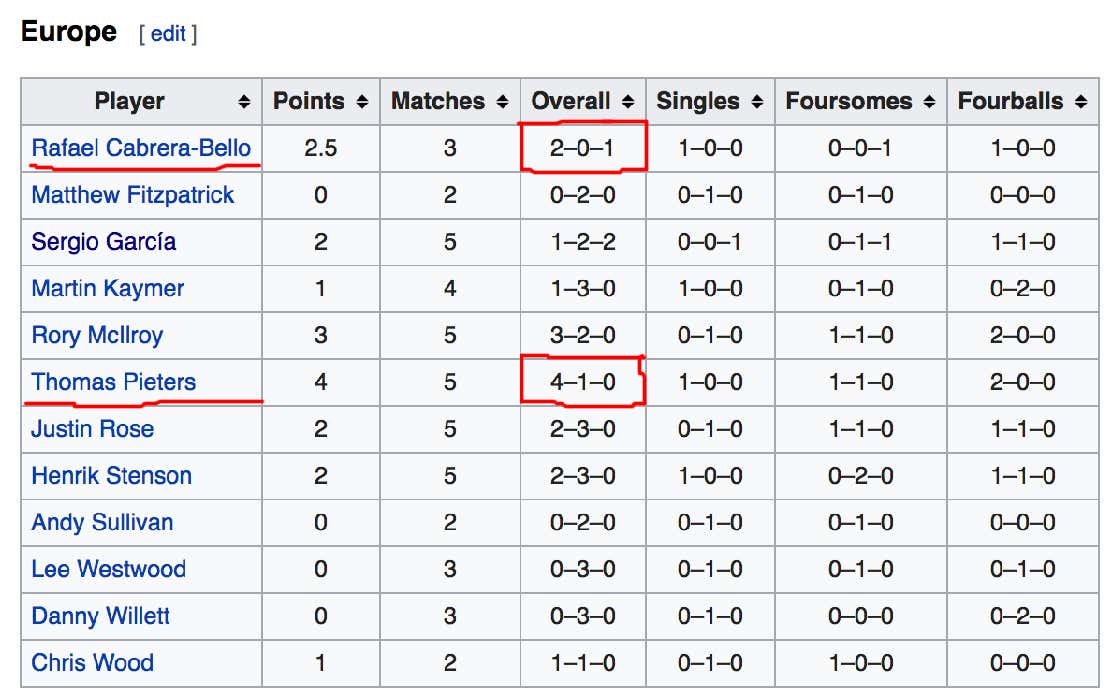 Here’s how the teams stack up world rankings wise.

We beat them at every spot but I gotta be honest: 20 players in this tournament being ranked 26 or better in the world is incredible. The Ryder Cup is stacked. It really is the best players on the planet playing for their countries on the game’s biggest stage. That is why it is awesome.

Now, we haven’t won on European soil since 1993 and there’s obviously a home field advantage so no one’s saying it’s going to be easy. The Europeans will not roll over and die save for Sergio and any French people in attendance. We’re going to have to earn it.

Their top talent is as good as ours. The Roses, Rahms, Rorys, and Molinaris of the world are going to be real motherfuckers to deal with. But they don’t have the depth we have. They don’t have the pure strength throughout the lineup that we have.

This United States team won the last Ryder Cup 17-11 and now adds Tiger Woods, Justin Thomas, and Bryson DeChambeau (and Webb Simpson). That’s a force to be reckoned with. When we add the 17th-ranked player in the world (Tony Finau) we only get better (or Kiz, who’s 28th, one of the straightest drivers of the ball, and one of the best putters).

Here’s how the pairings are shaping up.

Phil also could play with Rickie which could shake things up a bit. Tiger and Reed could pair up. There are options.

Paris is going to be awesome. Also, people forget: I don’t think America’s ever lost in France.