Colin Kaepernick’s new Nike campaign is causing a lot of people to get their panties in a wad. And by panties in a wad, I mean people are engulfing their already purchased sneakers in flames. 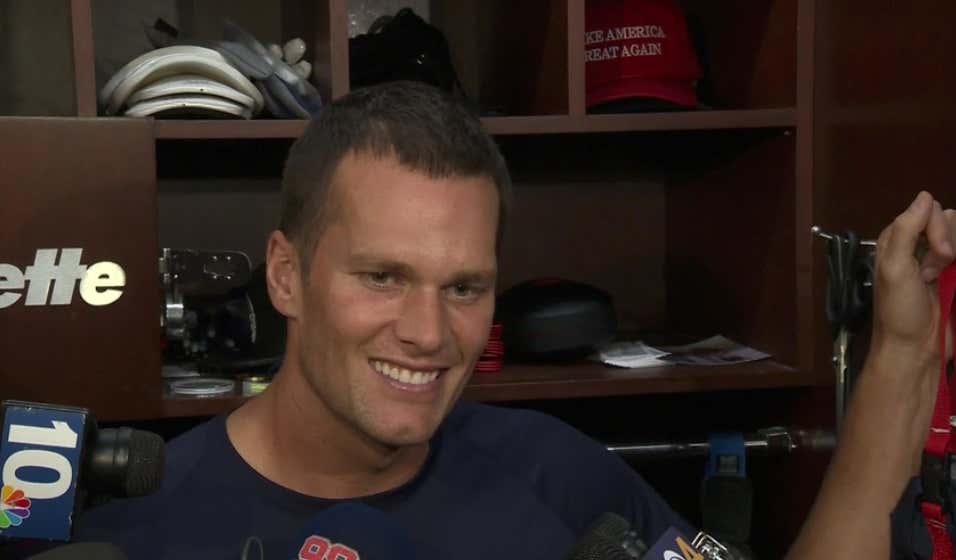 That man of course is Tom Brady. It appears TB12  has “liked” several Instagram posts featuring Kaepernick’s ad, including this one from GQ. 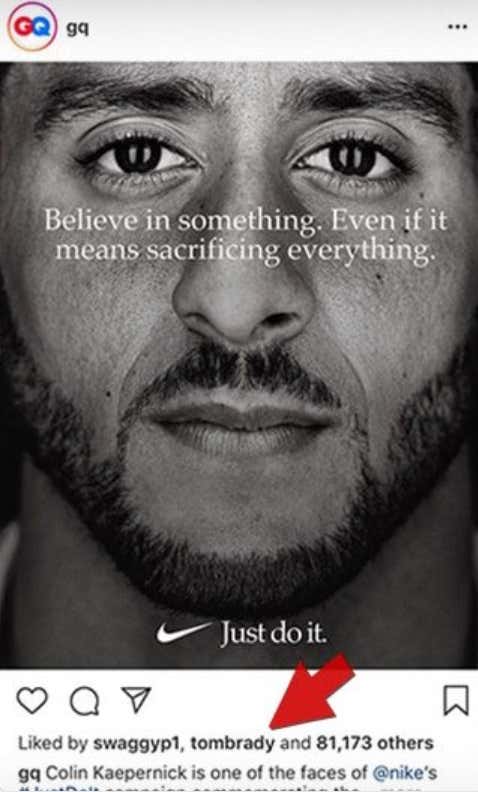 I’ll tell you what, he goes on Oprah’s show ONCE and his Super Soul-self is here to stay.

…or so he wants us to think!

What if Brady “liked” the Instagram post not because he actually likes or believes Kaepernick and the entire movement, but because he likes the fact that Nike’s stock fell 3% yesterday? (The fact that stock rose today is irrelevant because Brady liked it late yesterday, when stock was down. Also, I’m gonna keep going because I’m no quitter.) What if he “liked” the post not just because he’s an Under Armour guy, but because he also has SHARES in UA and sees the Nike controversy as a win for HIS company? 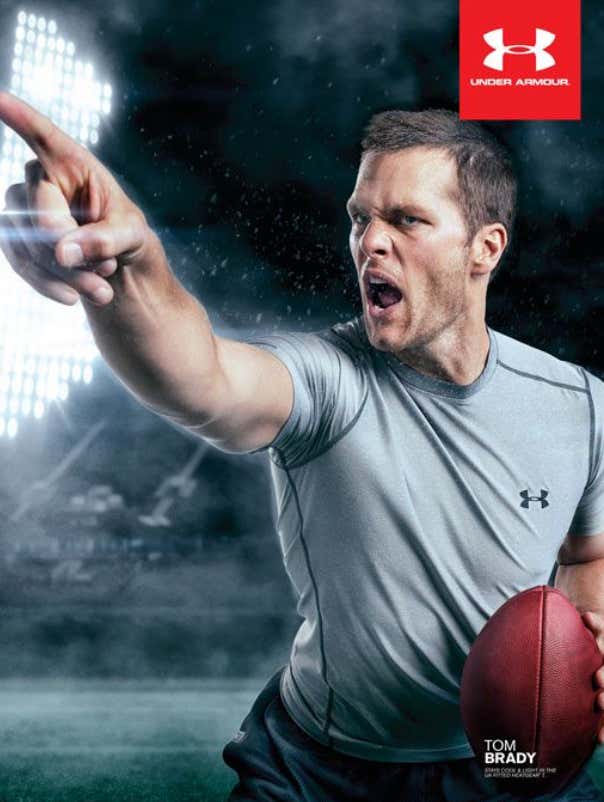 Crazy? Maybe. But we all know Tom Brady is a winner, and winners like winning.