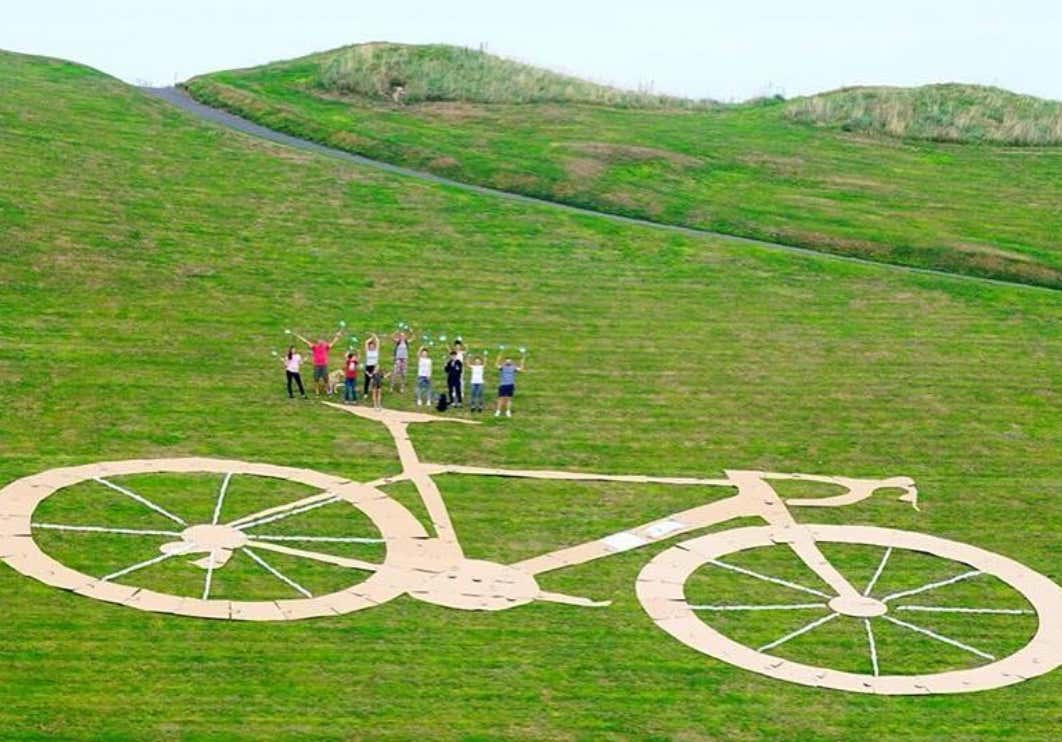 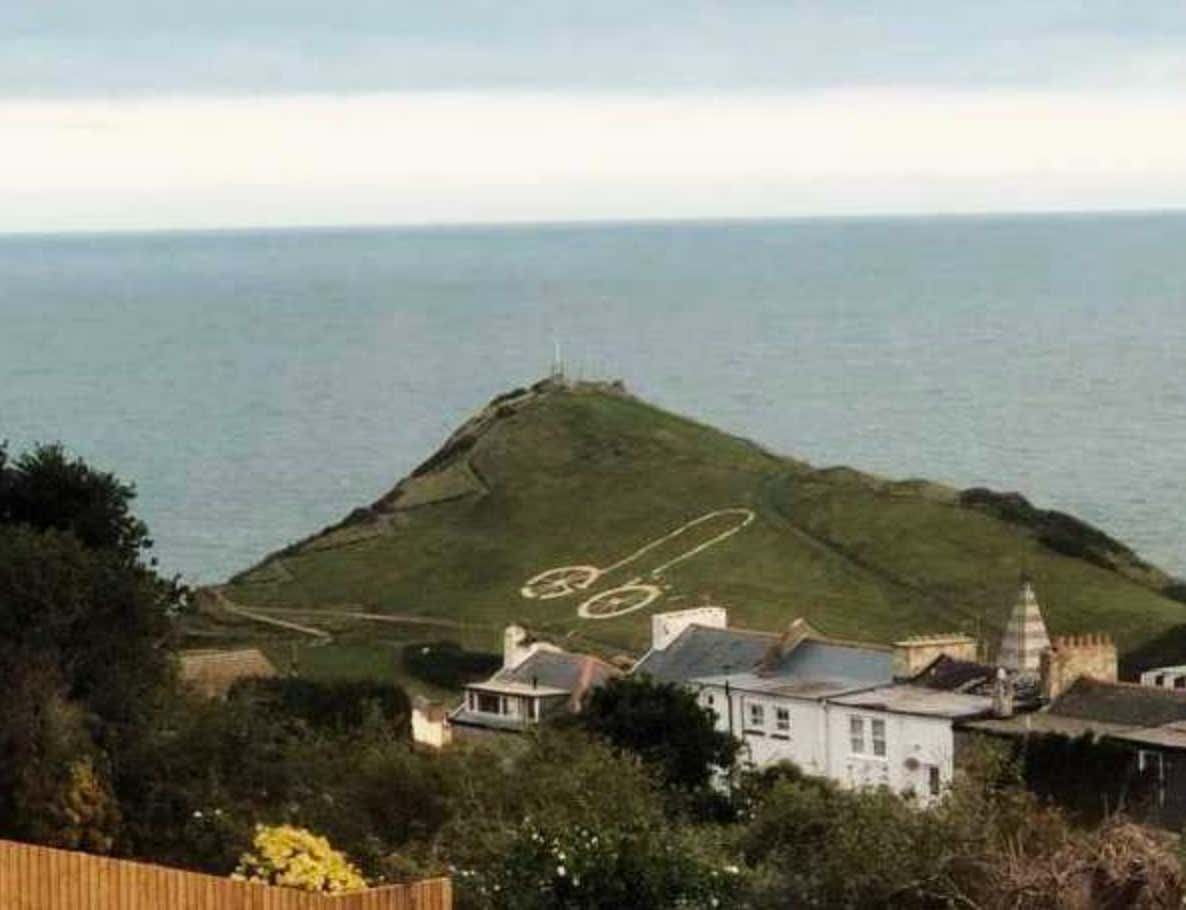 Telegraph- A giant bicycle created to celebrate the Tour of Britain has been vandalised overnight to create the outline of a giant penis on a hillside in Devon. Locals in Ilfracombe woke up to the naughty alteration on Tuesday morning. Made out of cardboard and reclaimed plastic, the original bike was commissioned by a local environment initiative. Designed to draw attention to plastic pollution, luckily the organisers saw the positives to the prank. Seth Conway, Project co-ordinator wrote on Twitter: “We build a cardboard bike on the hillside to promote #plasticfreenorthdevon and it gets a bit of attention. Someone turns it into a cock and it goes viral #worldgonemad but hey the vandal has sort of done us a favour!”

Rascals! This is the second day in a row where we’ve seen rascals pull off a funny prank. Yesterday we had the two rascals who put up a poster of themselves in a McDonalds and nobody noticed. Today we have a bunch of rascals who took a perfectly fine bicycle in the side of a hill and turned it into a giant dick and balls. Classic. Dick joke. People look down on dicks jokes but there’s a reason dick jokes have stood the test of time and that’s because dick jokes are hilarious. A giant dick on the side of a hill in England? Hilarious.

No way the bicycle people are mad about this, right? This is the greatest publicity you can get. You can’t buy this level of publicity. I woke up this morning and had no idea there was a giant bicycle on a hill in Devon, England. No idea. I bet a lot of people woke up this morning had no idea it existed. Well now we all now. Sure it took a couple of rascals making a dick joke for us to find out but no publicity is bad publicity. People visiting England will now be like, “I wanna go see that bicycle that got turned into a giant dick and balls that one time by a bunch of rascals.” Business is about to be booming for that bicycle/dick and balls on a hill.