So last week Bud Light teased the statue that they’ll be unveiling Thursday night when the Super Bowl Champion Philadelphia Eagles kick off the 2018 NFL season. We knew right away that Doug Pederson and his gigantic testicles were going to be a focal point of the statue. But we didn’t know exactly what it would look like. But now we have our first real look at the greatest statue since Michelangelo’s David, and here it is in all it’s glory. 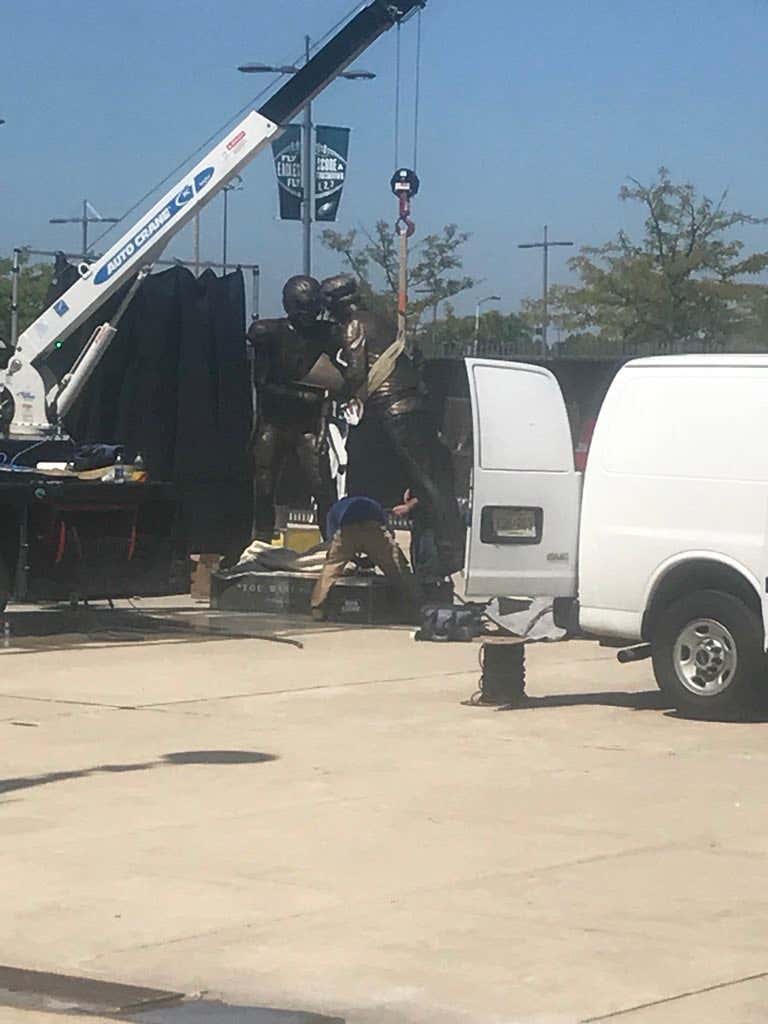 The statue depicts Super Bowl MVP Nick Foles and head coach Doug Pederson discussing a certain play call during the Super Bowl. It was this play call to be specific. 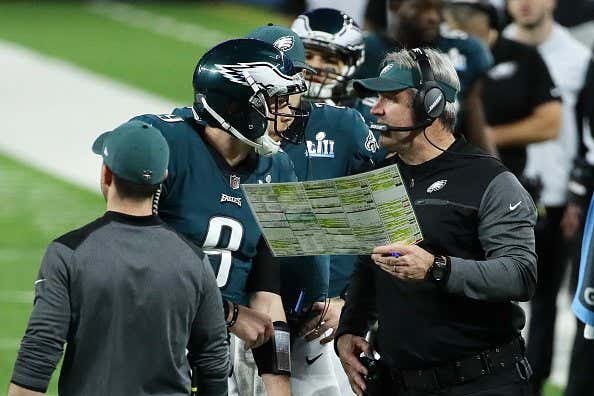 If you remember, the play which was ultimately called after this discussion was this one right here.

It was first suggested by Foles to Pederson as “Philly Philly”. It was then relayed from Foles to the huddle as the “Philly Special”. It was ran in the Super Bowl on 4th down. Nick Foles faked a play change at the line. The ball was snapped to Corey Clement. It was then handed off to Trey Burton. Then Burton found Foles wide open in the end zone and I think you guys probably remember it at this point. If you don’t, there are plenty of videos you can watch on YouTube. Pretty sure it’s made its way over to Pornhub over the last few months as well.

So yeah. Now there’s a statue of the thing. Because, you know, the Eagles did that in the Super Bowl and then ended up winning the whole dang thing. Pretty neat!

2 more days until the season which means 2 more days to gush about being World Champions until it’s time to turn the page to 2018. Enjoy these final 48 hours, Philly. You’ve earned it.