Ole Mark… you simple, simple man. Mark McGrath is kind of an old so I could see how he could be tricked by the slick ways of the internet. That part isnt really a surprise. Hell, most people his age are sharing russian-sourced news on Facebook on the daily but he hosts a show on the 90s at 9 so people forget that he’s actually 50 years old. He still has a jawline of a young man but his brain is a 50-year-old internet user. Now, that’s not to say that you are dumb if you are 50. It’s just saying that you’re more likely to get tricked on the internet. Those are the facts. 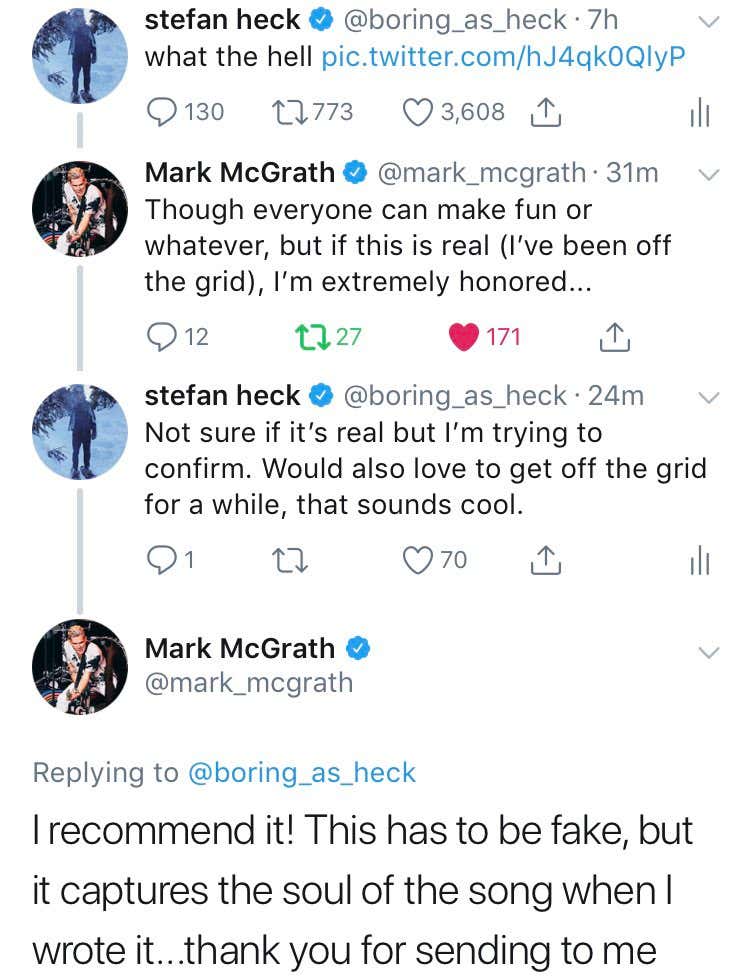 Getting tricked notwithstanding, Mark McGrath saying he wrote “When It’s Over” for moments like this is laugh out loud funny. Can you imagine younger McGrath sitting around an old coffee table and thumbing on his guitar and thinking to himself, “One day, John McCain will die. On that day, I hope they play this song as they walk him out of his beloved state of Arizona one last time. When it’s over…”