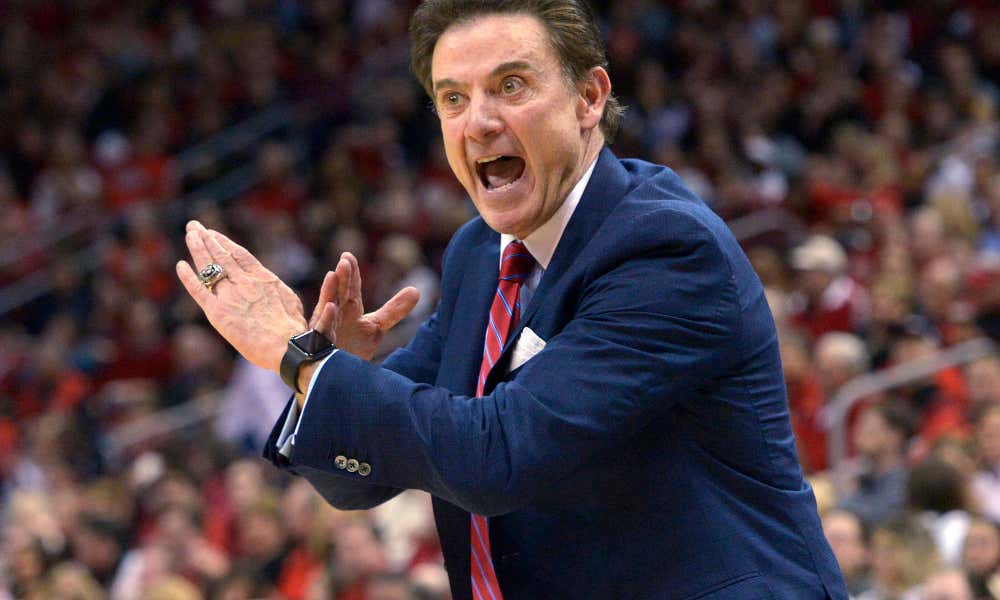 [NY Post] - Of course, it’s impossible to definitively say my presence coaching the team would have assured the players of landing in the draft. But playing within a stable, highly-ranked program would have given these players the kind of positive attention that can only help their draft prospects. And playing on a team that could receive an NCAA Tournament bid would have given them even more attention in increasingly competitive and pressure-filled situations.

It does not seem to be a huge stretch to say the board’s decision to fire me likely robbed some of these players of their professional careers.

Rick Pitino’s new tell-all book is scheduled to come out next week. However, the NY Post put out an exclusive excerpt from the book and it’s just magnificent. Pitino has been saying he was going to stop talking forever and then continues to do interviews and now this book. Each time he does something like this we find out a little bit more so I hope he never stops talking.

The excerpt goes into the day he was fired and even before that. He talks about the meeting with the board and I can’t stop laughing at this image/thought process:

He kept telling us, “I’m here with Peyton.” He mentioned it a number of times. At first, I couldn’t figure it out, because when I hear the name Peyton, I immediately think of my great Cardinal guard Peyton Siva, and I couldn’t imagine the two of them hanging out. Then Schnatter finally indicated the Peyton in question was Peyton Manning. His behavior was bizarre and Tom and I looked at each other, as Schnatter kept walking in and out of the video conference screen. He seemed unhinged. We later found out that appearing at a meeting via video conferencing was a violation of board regulations. But why should that matter to John Schnatter?

Papa John was a staple at Louisville. Everyone knew he was best friends with Peyton Manning, naturally Pitino thinks it’s Peyton Siva. Just a classic coach and basketball guy. Oh, you’re with Peyton? Has to be my former point guard. Only logical Peyton here.

I’ve said it before, it is a shame that this is what we’ll think of when it comes to Pitino. The guy is one of the 5 best college basketball coaches ever. But these last few years with the Brian Bowen situation, the hookers and Karen Sypher has just been a mess. I wish we remembered Pitino for his press and trap or turning around Kentucky or bringing Louisville back to a top program in the country. But, unfortunately that’s not the case.

I’ve never been more excited to read though. This book is going to be fantastic.