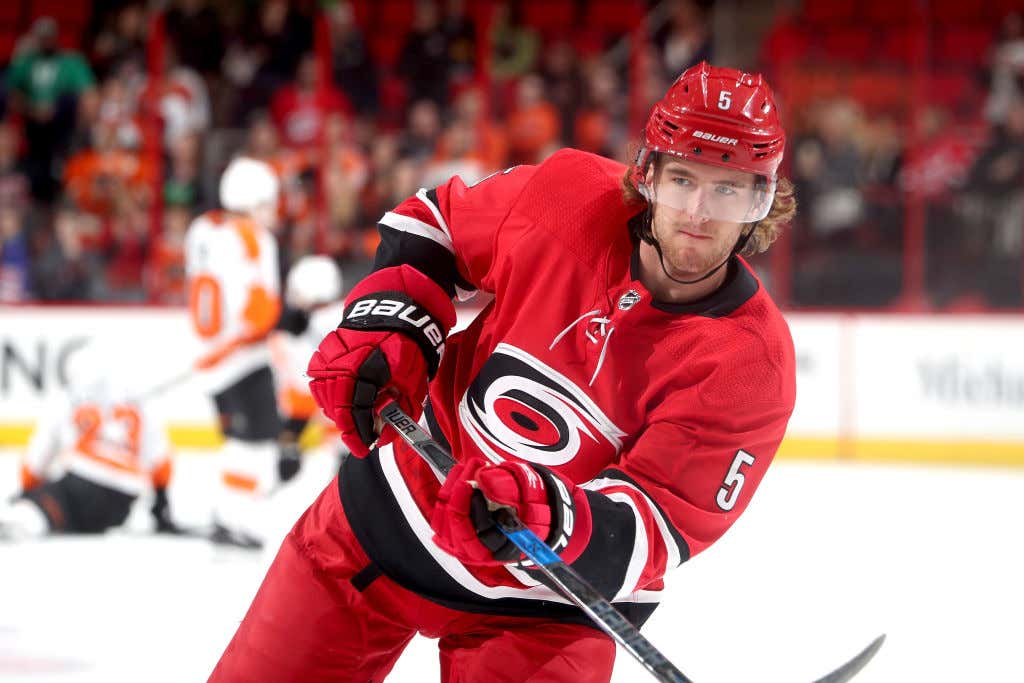 When Noah Hanifin was traded by the Hurricanes earlier this summer, it was because Carolina knew they were going to have a hard time signing him even as an RFA. Carolina is going through a complete roster/organizations overhaul right now and they probably didn’t want to lock up somebody from the former regime for too much money and too many years. Now here’s the thing. When Darren Dreger first put out that Hanifin and the Flames were getting close to a contract extension, I didn’t think that Calgary would be ready to dish out a long term contract to a 21-year-old defenseman who still has a decent amount to prove in this league either. My brain, which is usually very spot on in these situations, was telling me somewhere around 4 years at $4.25M AAV. Now depending on who you talk to, that could be considered an overpayment for Noah Hanifin. Personally I’m of the believe that he’s worth that kind of money, but 4 years was definitely where I thought the term would end up. That’s because the Flames currently have over $7 million in cap space right now along with Gaudreau, Monahan, Neal, Lindholm and Backlund all signed for at least 4 more years each. Obviously they’ll need to give Matty Tkachuk a raise pretty soon and both Brodie and Hamonic only have 2 years left on their deals. But Calgary is in a pretty decent spot here where they can afford to make a few slight overpayments here and there.

But 6 years is definitely way longer than I was expecting and you know what? Good for Noah Hanifin. He’s only 21-years-old and this contract will take him through his RFA years. He’ll be 27 when this contract expires and he’ll be able to hit the unrestricted market at that point. Like I said, I’m a big Noah Hanifin fan. I think his ceiling is way higher than Dougie Hamilton’s is and there’s a good chance that in 3-5 years, this contract could end up looking like a steal for the Flames. Which is good for them as well. But it’s even better for Noah Hanifin. Because then he’ll be able to get the JvR affect. Where a guy who has been getting paid so under the market value for his talent ends up finally cashing in with a 5-year $7M AAV deal. So Hanifin makes close to $5M now and if he continues to develop the way that Calgary hopes he will, and guys like Drew Doughty and Erik Karlsson keep signing $11M contracts? Noah Hanifin’s next contract could be like $8 million or some shit like that. So yeah, there are going to be plenty of people out there who say that this is an overpayment for Noah Hanifin both in term and value. But like I said, the Calgary Flames are in a position cap wise where they can afford to overpay, and this is a contract that could end up really working out for both sides.

All the Flames need to do now is bring back the ketchup and mustard jerseys for good and they’ll be set to go.