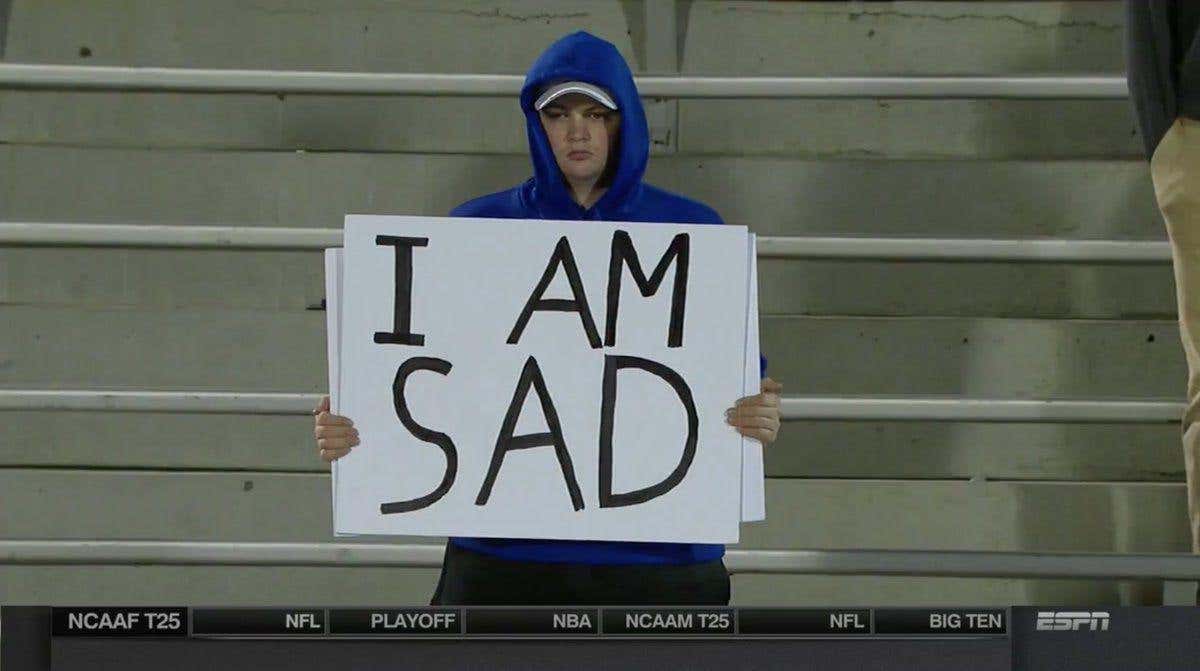 USA Today-So, maybe – just maybe – the official Twitter account for Kansas’ mascot, Baby Jay, could’ve had better self awareness before sharing this photo. The Kansas mascot in a trash can (while on a football field) isn’t the imagery that Beaty wants heading into Year 4.

But alas, that’s what happened. 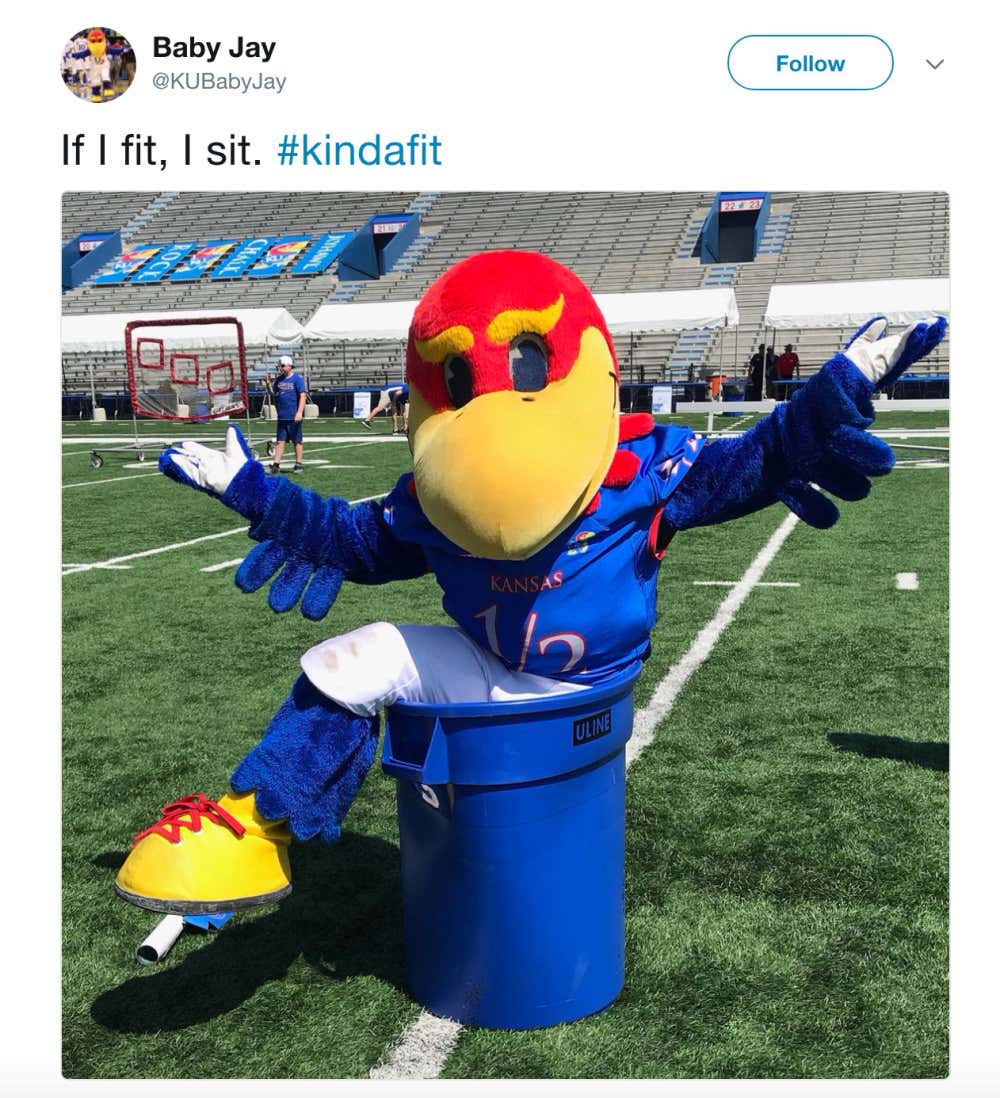 If you needed some confirmation over Kansas being a literal trash can, here are some #sabermetrics:

-Kansas has lost 46 STRAIGHT road games. It’s been over 3000+ days since the last time Kansas won a football game on the road.

-One of their coaches just quit to go work at an oil company. Being apart of Kansas football was so draining the guy just quit coaching football altogether.

Kansas’ Baby Jay mascot is one of my favorite mascots in college football just because of its jersey alone: 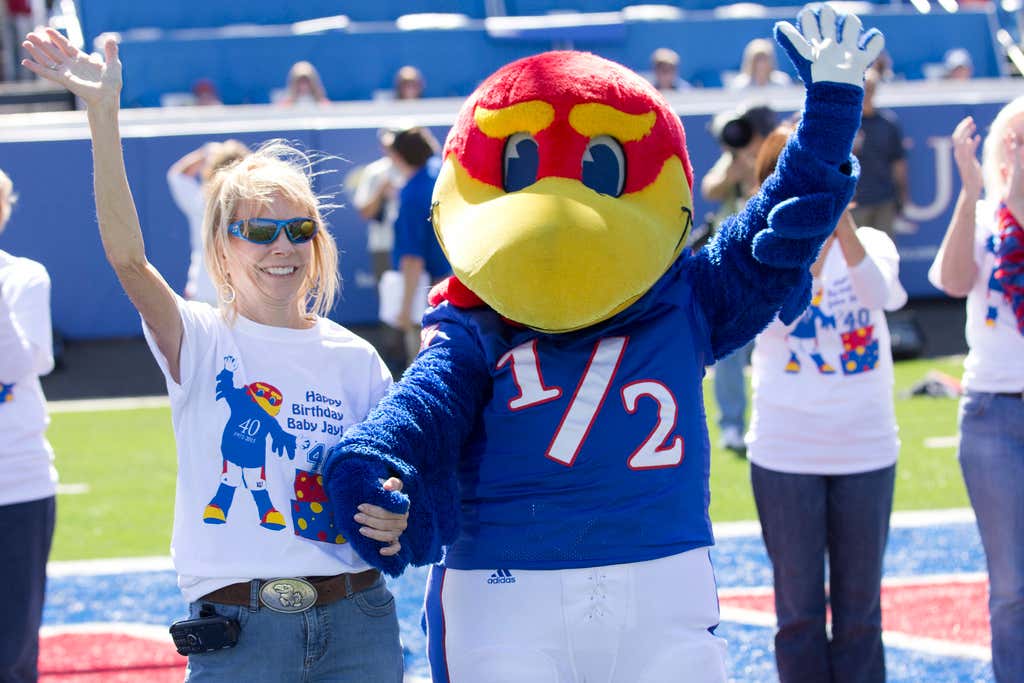 Kansas should get rid of their other mascot and just ride with baby Jay because of how well he represents Kansas being 1/2 of a Big 12 program with their god awful football team.

2018 will be a big year for Kansas HC David Beaty. There is a new AD in town and if he doesn’t go at least 3-9/4-8, they’ll be going in a different direction. Maybe bring back Mark Mangino?!? 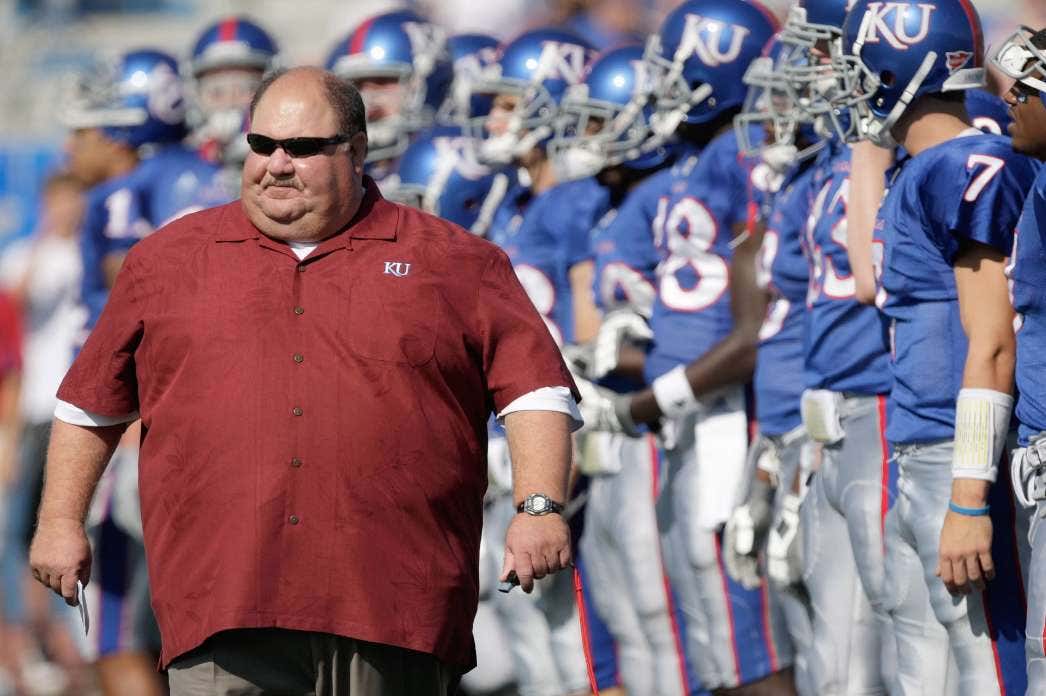