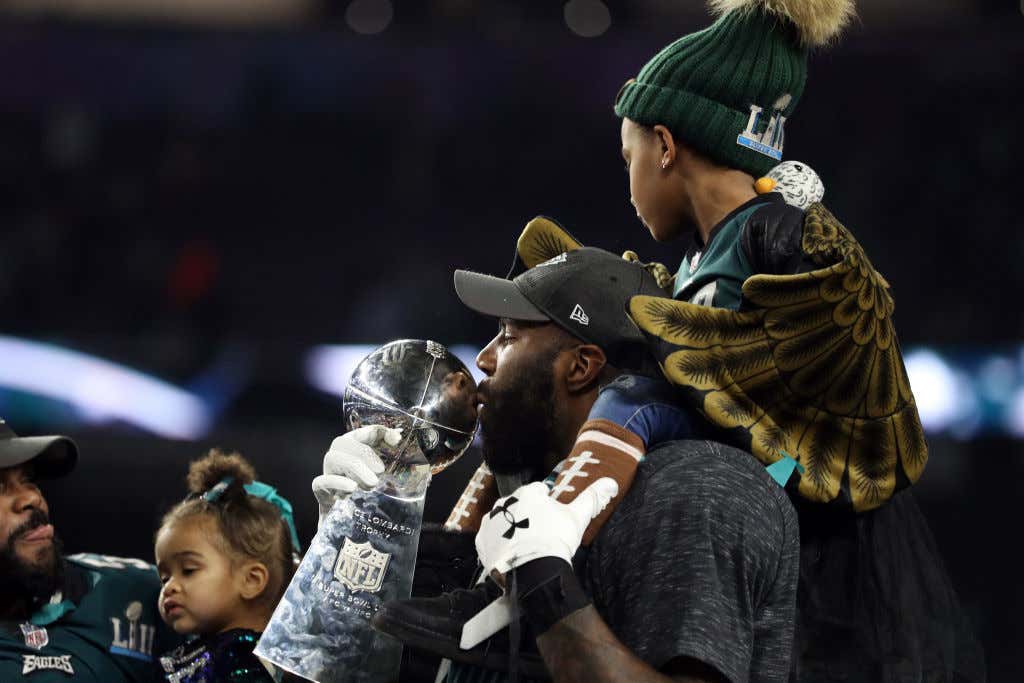 The Eagles won the Super Bowl this past February (not sure if you heard), and they wanted their locker room to reflect that victory this upcoming season. They wanted to be sure every time their players stepped into their locker room they would remember they were champs, that all the hard work they put in was for something, that this season, with more hard work, they could be right back where they were last season.  So they put up a sign that reads “Super Bowl LII Champions” along with a picture of the Lombardi Trophy in the locker room. Nothing flashy or gaudy, just simple and to the point.

But, as it turns out, not everyone wants to be reminded of last season’s ultimate win. Some people, namely Malcolm Jenkins, want to move on.

“I hate it, personally. My focus is all on adding another ‘I’ to the end of that. And so it’s great. But I’m well beyond celebrating last year’s accomplishments because they don’t mean anything this year, they don’t get us anything. I said it earlier this offseason, it’s not boxing where we get to hold the belt and somebody has to come beat us and take it. We don’t have anything. We’re at the bottom just like everybody else.”

Maybe Jenkins is saying this because he has the heart of a champ and truly means it, or maybe he’s saying it because he knows the media would eat it up. Either way, I love the more detailed, well-analogized, don’t-rest-on-your-laurels, Bill Belichick answer.

Take your positive reinforcement, hand-holding, and pats on the back, and get that shit out of here. Fear of failure and being nothing, that’s what brews winners.