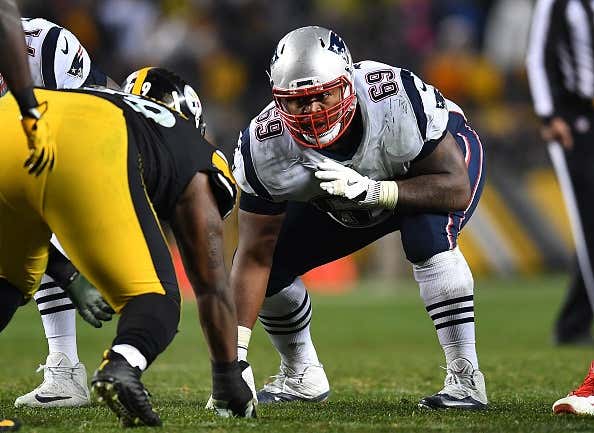 PFT – Guard Shaq Mason has been a regular in the starting lineup for the Patriots since arriving in New England as a fourth-round pick in 2015 and he’s set to continue in that role for several more years.

NFL Media reports that Mason has agreed to a five-year contract extension. The deal reportedly has a maximum value of $50 million with close to $30 million set to be paid out over the first three years and $23.5 million in guaranteed money.

That payout puts Mason up near the top of current contracts for NFL guards in terms of average salary per year and guaranteed money. Zack Martin is the highest-paid guard in the league.

Go figure this. Shaquille Olajuwon Mason, the converted center who was the 131st pick in the 2015 draft, the 15th interior offensive lineman to come off the board and selected by the Patriots only after a major Black Friday-like run on guards (five were taken between 111 and 130, including Tre’ Jackson by the Patriots, who played in six total career games) earns the rare and highly coveted second contract. Not only that, but he’s one of the highest paid guards in the league.

Who could’ve seen this coming? I mean, you can make a case that Logan Mankins is the second best guard in Patriots history behind only the GOAT, John Hannah. He played an entire season with a torn ACL and MCL. And yet he had to fight the Battle of Stalingrad just to earn an extension. But Mason gets five years at $23.5 million guaranteed. Which in offensive line terms is more than just a long term commitment, it’s like being a Made Man in the Belichick Crime Family.

It just further goes to prove that not only is it hard to make sense of how NFL contracts are handed out, it’s damned near impossible to figure out how O-lineman are graded. I’ve thought since his rookie year that Mason was a nice find for the 4th round of the draft. A quality run blocker who pulls as well as anyone. But still, the Patriots biggest offensive weakness is teams moving rushers inside on passing downs and overwhelming the interior linemen. I said going into the Super Bowl I was worried about the Eagles doing that with Brandon Graham. Then this happened:

Graham just ragdolling Mason for the play that sealed the Patriots doom. And now he’s got a 5-year, $30 million extension to show for it.

I’m not criticizing the signing. Only the Pats know how they evaluate their OL and clearly they love the guy. A month ago I was convinced they’d make Isaiah Wynn a guard and move Mason over to center. But Wynn’s Achilles tendon had other plans. And now, in an offseason where they let core players walk because they didn’t want to pay them and the wide receiver corps looks like the Temp Agency sent them, they make this move now. Good for Mason. But again I say, go figure.