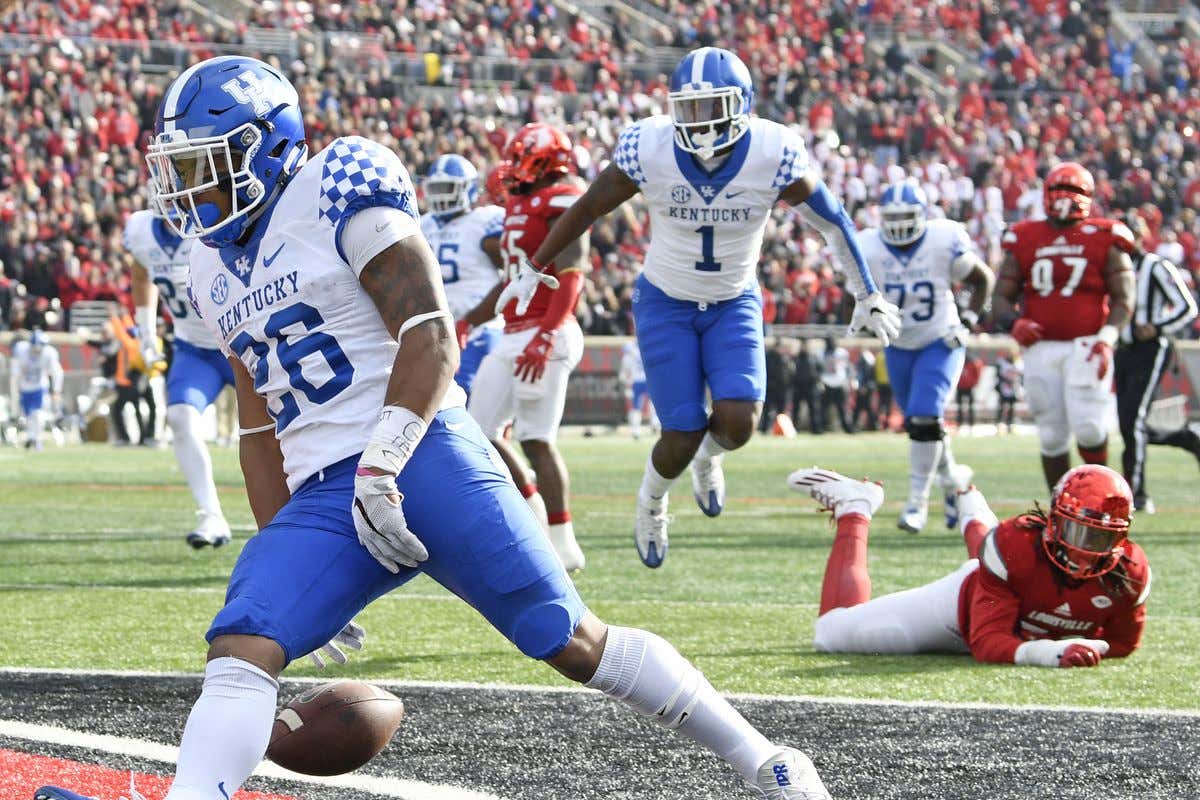 This isn’t going to be a delusional fan (looking at you Chief) undefeated blog. JackMac will have an in depth SEC and every other conference preview and have you covered for the entire football season. However, this is for those who follow Kentucky football, which is shockingly a decent amount of people.

Why am I excited you ask? Well, to start there’s Benny Snell. I’ll argue with you all day (I have the time) that he’s one of the 10 best running backs in the country this year. The junior ran for over 1,000 yards in both of his first two years, combining for 2,424 yards and 32 touchdowns. Last time I checked, that’s not too shabby. Throw in the fact he wasn’t even used in his first two games since he was behind Boom Williams and JoJo Kemp on the depth chart.

Part of what makes Snell great is his ability to get through the first tackle and pick up those extra yards. Another reason? He was in the backfield with Stephen Johnson – a mobile QB. The Wildcats would run some speed options and let Johnson draw the first look. On top of that, we see Kentucky still running the Wildcat formation as they put Snell behind the 10 blockers and let him just go.

With that in mind, it brings me to one of the reasons as to why I’m scared. We just found out (after I wrote this of course) that Terry Wilson will be the starting QB. With Stephen Johnson graduating, there are three guys on the roster in Gunner Hoak, Terry Wilson and Danny Clark. The quarterback battle was between Hoak and Wilson though, with Hoak being in the system for three seasons as a redshirt sophomore. Hoak is the traditional pro-style quarterback, which is a bit different look than what Kentucky has had in recent time. Terry Wilson, is the junior college quarterback who started his career at Oregon. If you’re going to center the offense around Snell – which is the plan – you should probably go ahead and start Wilson, which again Stoops just announced. It’s 100% the right decision and gives them that dual-threat at QB.

The rest of the offensive group should bring back optimism if you’re a fellow Kentucky fan. But, because we’re Kentucky football and can’t always have nice things, Landon Young suffered a season-ending injury. That O-Line was going to have some depth with five guys that started seven games. CJ Conrad is a pass-catching tight end that can provide some help for whoever they start at quarterback. Kentucky gets Dorian Baker back at wide receiver after missing last season. Then there’s Lynn Bowden, the sophomore who does a little bit of everything from returns to wide receiver to running back. He’s the one who many think will have the big year, this year.

Defensively, this group should be special. That’s even with losing Joshua Paschal for the year as he battles malignant melanoma. They still have Josh Allen, a guy who could very well go in the first round of the NFL Draft next season. Allen had seven sacks each of the last two years and last year finished with 10.5 tackles for loss as well.

The defensive backs are the ones that should carry this side of the ball though as they return everyone. They have a trio of corners in Chris Westry, Lonnie Johnson and Derrick Baity that all have a ton of experience to go with talent. Then there’s Mike Edwards at the safety spot. He’s been arguably the most consistent player under Stoops on the defensive side of the ball.

Now looking at the schedule, I think the most important game will be that one at home against South Carolina. Kentucky has controlled the series, winning the last four games. Kentucky will likely be 2-2 heading into that game with wins over Central Michigan and Murray State and losses at Florida (because, well, they always lose to Florida) and Mississippi State. You get to that 3-2 mark with the win over South Carolina then I think you see a 7-5 record. They have winnable games against South Carolina, Tennessee, Missouri, Vanderbilt and Louisville. I’ll throw Florida in the winnable games even though it’s been 31 years and this season the game is week 2 in Florida. They have what should be the for sure wins over Middle Tennessee, Central Michigan and Murray State.