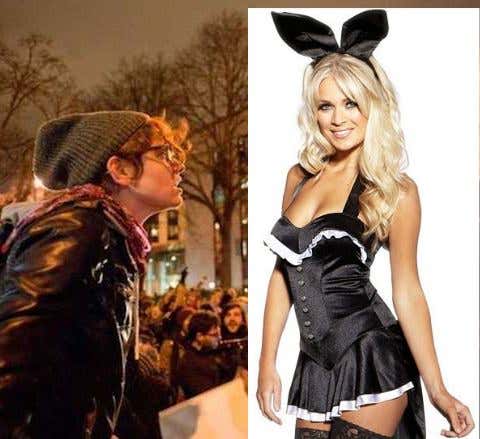 NY Post- A feminist-themed beer hall is opening next month on West 42nd Street — and it will be located just two doors down from the new Playboy Club. Treadwell Park, a popular craft-beer joint, is opening a 6,500-square-foot location at 510 W. 42nd St. with a 200-square-foot tasting room that will celebrate women’s contributions to the history of beer — from Ninkasi, the Sumerian goddess of beer, to Hildegard of Bingen, the 12th-Century German mystic and brewmaster.

Meanwhile, as exclusively reported by The Post in June, a new, luxurious flagship of the Playboy Club — a 14,000-square-foot mammary mecca that’s angling to introduce millennials to Hefner-style decadence — is slated to open in mid-September at 508 W. 42nd St., just a few steps away.

Insiders note that Treadwell Park and the Playboy Club will at least be buffered from each other by the Cachet Hotel, which also happens to be owned by Merchant.

Lets hop in a time machine and watch the official grand opening of Treadwell Park and the Playboy Club, which if God has a sense of humor will occur on the same day:

Look, I get that finding a spot for your business in New York City is tough. Price, space, foot traffic, mass transit stops, proximity to the closest Dunkin Donuts so you can load up on snacks and iced coffee on a Dunkin’ run (#VivaLaDunkin) all factor into a decision that will make or break your business. But whoever allowed these two bars to be within the same borough let alone the same block as each other is out of their mind. You wouldn’t put a PETA headquarters next to a butcher or cats and dogs in the same area of a pet store. So why would you allow the Capulets and Montagues of feminism to rent space on the same block as each other, add booze to the mix, and include the kicker of being in a city full of crazy weirdos from all walks of life? Just an absolutely, positively explosive situation to say the least. And if you are the Cachet Hotel, you have to be absolutely TERRIFIED of what’s about to happen to your business. You are Switzerland sandwiched between Israel and Palestine. Every single day and night, there is a chance that there will be absolute chaos directly outside your doors. Good luck getting 5 star Yelp reviews when your guests are woken up by screaming, chanting, and/or megaphones about the female body at 3 AM. Nightmare city.

Then again, while some businesses will take a hit from this, others will thrive. I imagine the local Duane Reade will be sold out of poster tag and markers once these two bars open. And we better make sure that Barstool’s riot reporters (Caleb, Rone, and Buddha Ben) are on call 24/7 because there will likely be plenty of content to be made when the oil and water of the feminism industry cross paths on a Manhattan street.