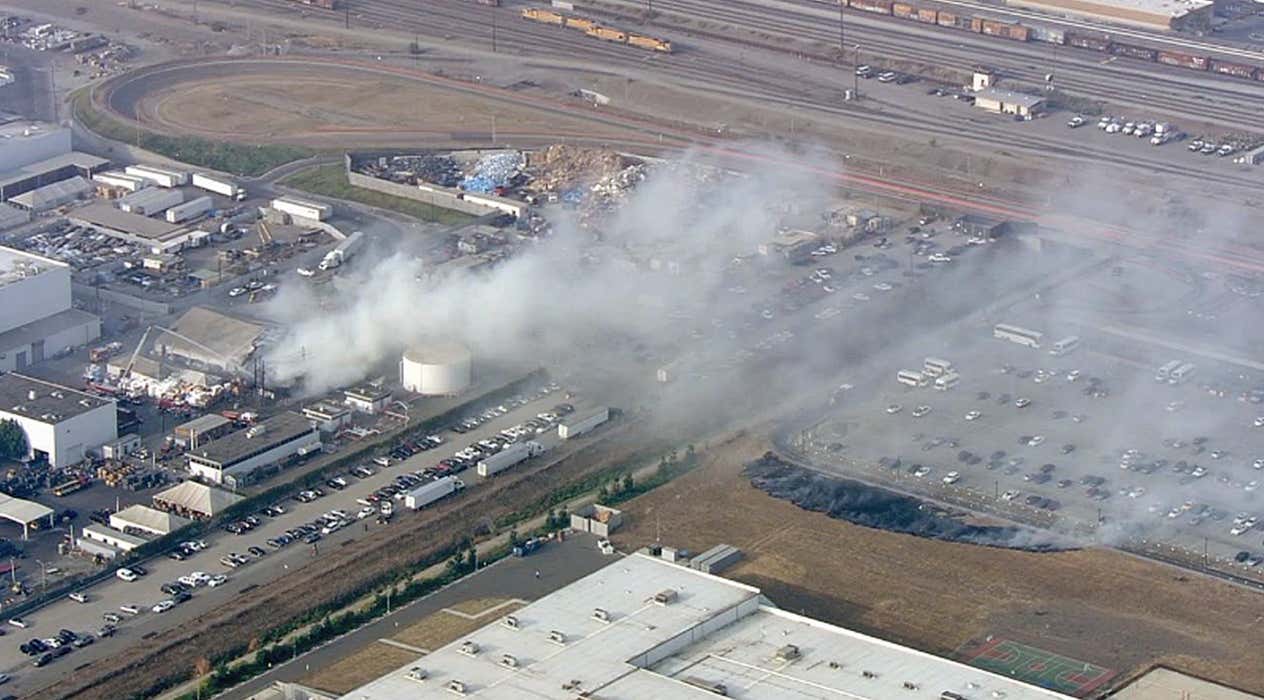 NYP- The Tesla’s factory in California is heating up again — in all the wrong ways. A fire broke out at the electric car maker’s Fremont, Calif. factory Thursday evening, sending firefighters rushing to put out the small blaze. The fire engulfed the surrounding area in smoke, according to photos and videos posted by local news station KTVU. It appeared to damage a large tent-like structure, and Tesla was quick to note that it was not the same tent that was erected in June to create more assembly-line space at the factory. In a tweet responding to news reports on the fire, Tesla CEO Elon Musk said that he was on the scene and no injuries or damage to the factory occurred. The fire was contained in about 30 minutes.

Well that pretty much sums it up right there. Borderline poetic. Quentin Tarantino couldn’t write a more symbolic scene. Elon Musk visits a Tesla factory and it immediately catches on fire. That’s the perfect metaphor for everything in Elon Musk’s life right now. Everything he touches goes up in flames. His reputation, Tesla’s stock, kid-sized submarine rescues, Model 3 production, Tesla factories etc etc. All of it just up in flames. There’s also rumblings that the Board at Tesla is allllllllllll the way fed up with Elon and his antics. Wouldn’t you be if you were them? Musk is liable to pop a few Ambien and fly off the handle on Twitter at any moment. One minute he’s calling a hero rescuer a pedophile and the next minute he’s saying he’s gonna take Tesla private and the funding has been secured. Now he’s starting fires at his own factories. He’s a loose cannon and a liability. Not exactly the type of person you want as the CEO of your company. They should vote him out ASAP. Just an all-around disaster and I’m loving every second of it.