Finally New Yorkers have someone that is willing to sit down against the homeless people’s one-sided war against the corner seat of the subway. For far too long, people that sleep in apartments/houses have stayed as far away from someone homelesspreading on the subway due to the smell, fear of germs, or possibility that the person is actually dead. I won’t even sit in an open corner seat that doesn’t have a bum in it just because the chances that one was unconscious for hours is 1000000%. But not this woman. Her dogs were clearly barking to that point that she didn’t mind having someone’s stinky piggies rub up against her clothes during the morning commute. True hero shit. Sure disturbing the very delicate equilibrium of the subway is a scary thing to do. If homeless people don’t feel like they own the corner seat, then they will just start sleeping in the middle of the train and causing complete chaos to the unwritten checks and balances of the subway. But regardless, this is the new face of hope (as well as regret) in New York. 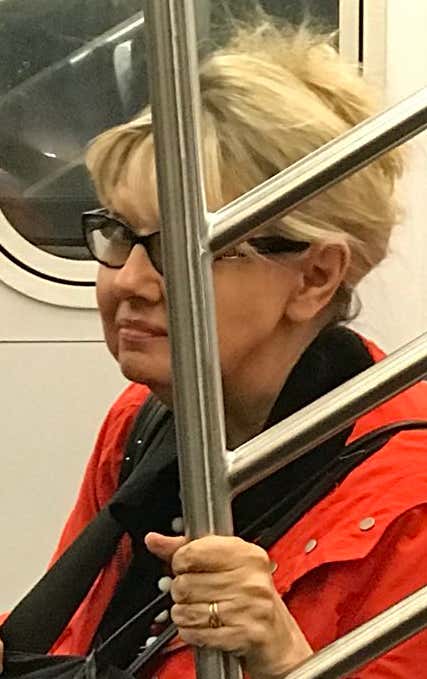 Bonus points for holding onto the germ-infested pole while sitting down. If that isn’t true IDGAF New York shit, I don’t know what is.