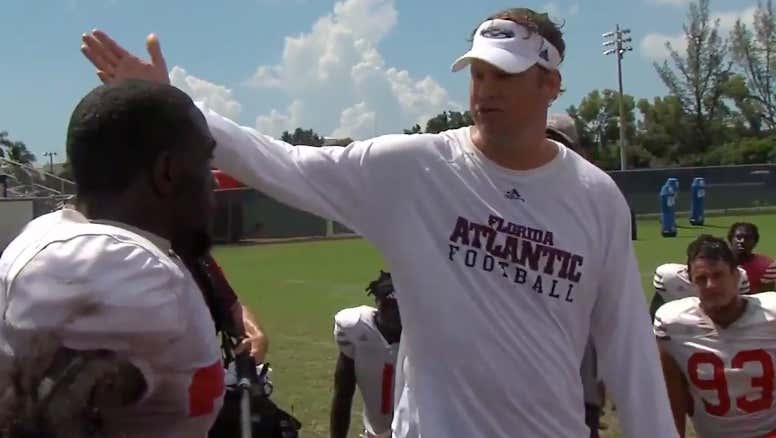 At this point, I’m sure you’ve seen various surprise scholarship videos. They are all awesome, but it’s tough for one to stand out. They all seem the same. That changed yesterday, thanks to Lane Kiffin:

First off, congrats to Gerald Hearns for receiving a scholarship, but Lane Kiffin stole the show in this video. Some of the best acting I’ve seen in years. The goal of every actor is to make it seem like they aren’t acting. Lane Kiffin showed that in this video. From mistaking Yoga and Pilates three times to fake ripping Mr. Hearns in front of the team, Lane Kiffin came across as so pure.

The only bone I have to pick with this video is Lane Kiffin made it seem like the “pilates instructor” (which is really the Yoga instructor) gave Gerald Hearns a scholarship. A bit confusing. That kind of adds to the charm, though. Don’t want it to be too perfect.

I really wish that I was best friends with Lane. Imagine hitting Atlantic Avenue in Delray Beach with him?! Would be legendary. 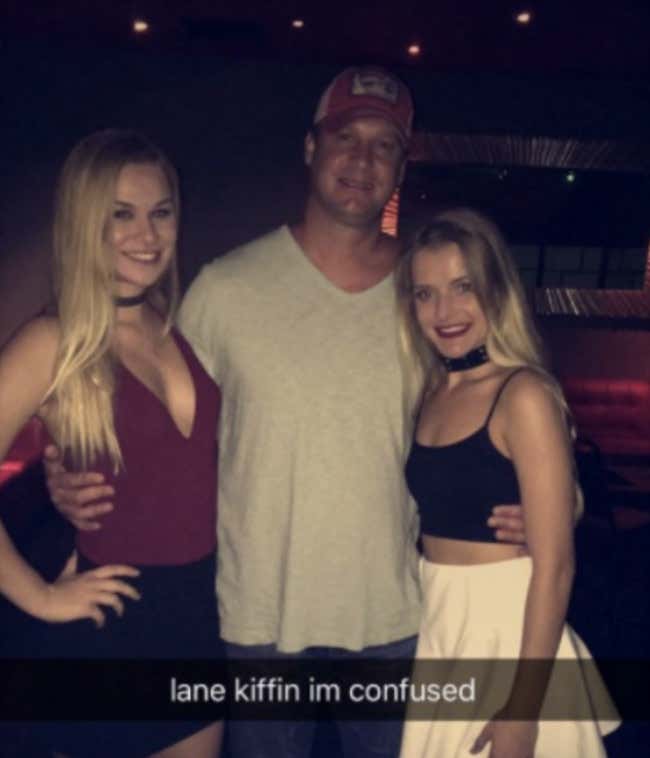 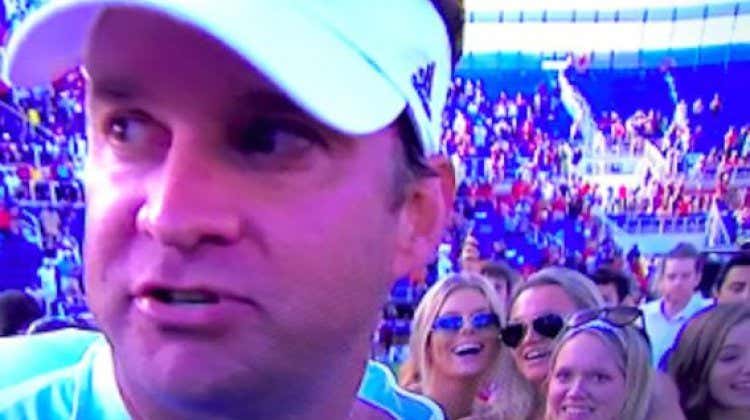 P.s. Question: how many pilates and yoga instructors numbers does Lane have in his phone?!  Too many.