I know that lions do not concern themselves with sheep, but one of my three jobs I currently have is to report on sports. And Michigan football technically still falls under the umbrella of sports, regardless of their 4th place finish in the Big Ten East last year. I also know to keep my friends close and my enemies closer. Therefore, I am here to give you a completely unbiased report on the fact that Jim Harbaugh named Shea Patterson the starting quarterback for Michigan this afternoon.

Patterson transferred from Ole Miss this past December, having started the first 7 games of the season last year before a leg injury abruptly ended his time in Oxford. The good people at the NCAA granted him permission to transfer without penalty due to the sanctions being placed on the Rebels. Rated the #1 Pro-Style QB out of high school in 2016, Patterson will be counted on to bring a much needed stability to a Wolverines program that has been in desperate desire of a competent quarterback since, I don’t know, Denard Robinson? Avoiding all bias and looking strictly at statistics, Michigan’s quarterback play last year was absolutely abysmal and quite possibly the biggest embarrassment in the country. And that’s not even a joke. They ranked 11th in the Big 10 (do that math) and 116th nationally in passing efficiency, throwing more interceptions than touchdowns. Ouch.

Fortunately for the Wolverines, they return a flat out monstrous unit on the other side of the ball. 9 of the 11 starters return from a defense that was ranked in the top 5 nationally. They also return 6 starters on offense, giving them a much more experienced team in 2018 compared to last year, when they returned the fewest starters of any team in the FBS.

With this much talent coming back, good quarterback play could mean that the sky in the limit in Ann Arbor this Fall. If Patterson is simply not terrible, or maybe even as good as average, then I think Michigan could compete for something they haven’t competed for in YEARS. Yes, that’s right folks. I’m talking about a 2nd place finish on their side of the division of the Big 10. When I went to look this up, I was thinking about finding out the last time they won a Big 10 Title (2004, lol), but I saw they haven’t even placed better than 3rd on their side of the division in 5 years! Isn’t their motto “Those Who Stay Will Be Champions”? Well Coach Harbaugh, that sounds like a lie to me. And you know what the college football world wants to do coaches that lie these days! 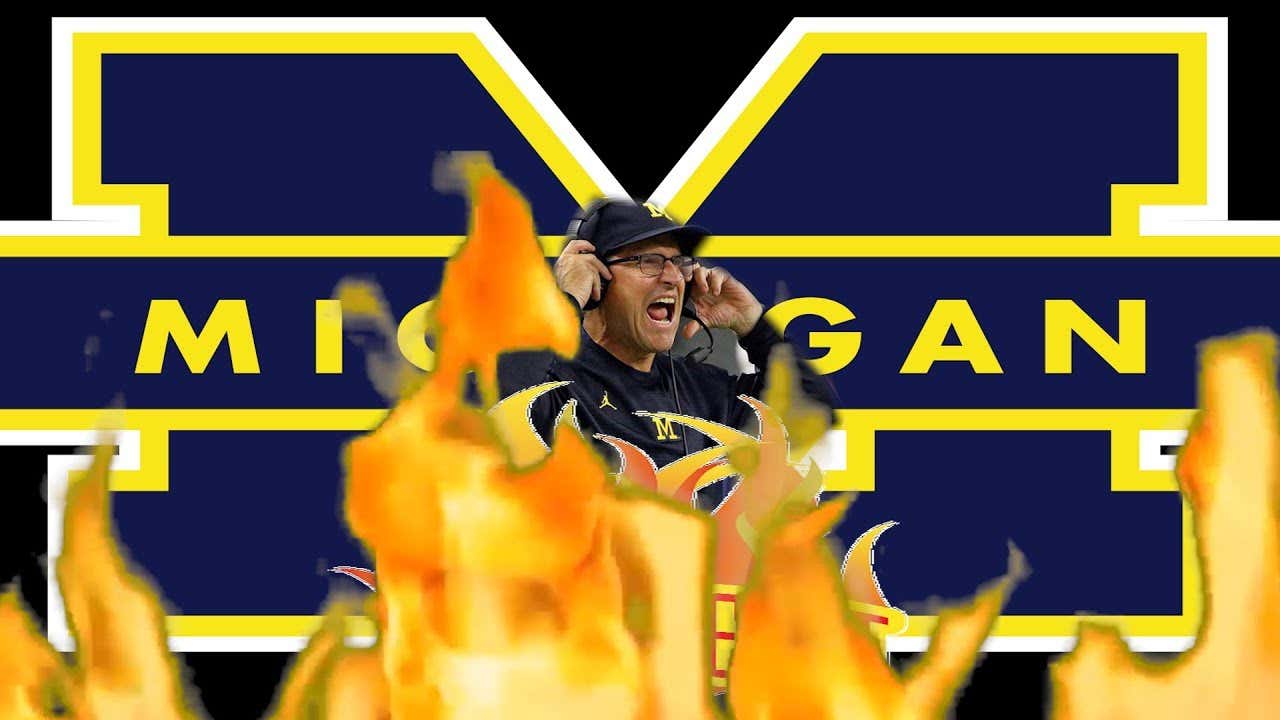