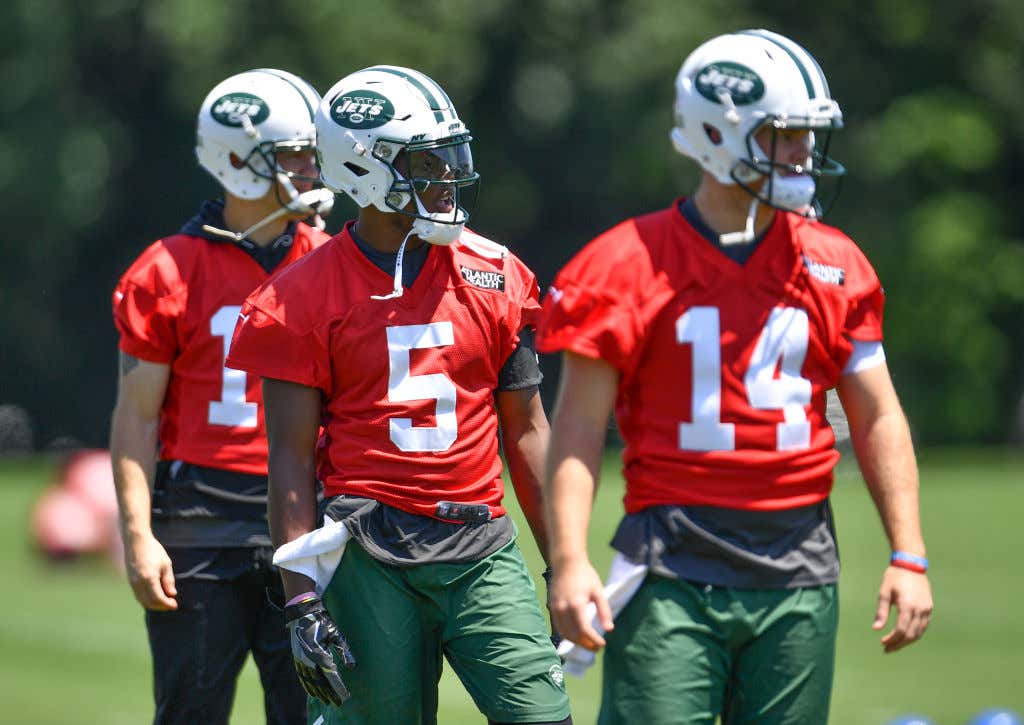 When I saw this idiot Cian on the Twitter machine last night spamming my timeline with this idiocy, I almost threw up. This guy has nearly 50K followers, and somehow managed to put together the shittiest and most asinine take in recent memory. There’s actually so much stupidity packed into the tweet I need to break it down piece by piece.

First of all, what on God’s green earth has Cian been smoking that he doesn’t think Teddy Bridgewater has any trade value? Does he not understand how the game of football works? Bridgewater was one of the fastest rising young talents in the NFL prior to his devastating knee injury, and although that’s enough to question what type of level of play Bridgewater can get back to, he’s all but quieted the haters so far this preseason with some very impressive play and movement around the pocket. He certainly appears healthy and back to being one of the top-32 QBs in the league. What about that means he doesn’t have value, you fucking idiot?

The Jets would be stupid to do anything other than sit on Bridgewater until someone loses a starting QB to injury and then move him for the best return they can find. Bridgewater looks to be more game ready than Darnold at this point, but the value of 3 or 4 extra wins is outweighed by how important it is to let Darnold cut his teeth this year so he’s ready to go for the rest of his rookie deal.

Shockingly, disputing Teddy Bridgewater’s trade value is far from the dumbest thing this guy squeezed into this dumpster fire of a tweet. To suggest that the Jets should explore trading Darnold is so fucking insane I had a hard time believing he was doing anything other than trolling, but based on some of the replies, it seems this guy is simply just not that smart.

Look, I’ll say this once and only once. The idea of trading Sam Darnold right now is absolutely insane. We’re talking about the #3 overall draft pick, who has only played 2 preseason games in his entire NFL career. Sure, he’s looked impressive and myself along with hundreds of thousands of other Jets fans have been drooling over him for weeks, but his value is such a question mark it would be impossible to even assess what type of value he has, or what the return should be in such a trade.

Twitter’s resident asshole, Cian, tried to defend himself by saying that trading Darnold for 3 first round picks and starting Bridgewater is better than trading Bridgewater for a 3rd or 4th round pick and starting Darnold. What? Who is gonna give up 3 1st round picks for a kid who hasn’t even amassed 200 total passing yards in 2 preseason games? I’m as excited for what Sam Darnold can become as anyone, but to think he’d get that type of return shows that this guy is either just trying to go viral with stupidity (I guess I’m giving him what he wants), or he doesn’t understand how the NFL works.

The Jets front office would have to be smoking crack with Fred and Jeff Wilpon for them to even think about doing such a thing. Sorry, Cian. Come back and try again soon.