Look who else is hopping on the punk train! Ben Stiller is re-releasing the project that he recorded in high school with his buddies.

And what a sexpot young Ben Stiller was! 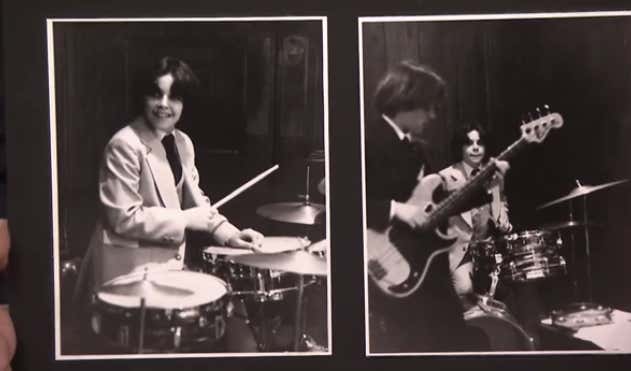 How cool is it to be rich and famous? No dream is too far gone when you have a bunch of money, including reviving a non-existent music career. It would be pretty cool to be one of his pals in the band, just some middle aged guy who is now has a new lease on life because he used to shred with Ben Stiller.

The other band members:

Joining Stiller in the band is an Arizona Supreme Court Justice, Peter Swann; a professor of Slavic Studies, Peter Zusi; and a documentarian/musician, Kriss Roebling, who is credited as the frontman of the band.

Supreme Court Justice during the week, bandmate to Gaylord Focker on the weekends. What a life.

Here’s a taste of their stuff.

On this old Fallon interview, Stiller gives a “believe it or not the band has somewhat of an underground following” as if the band merited it on their own. Let’s not take it too far bro. The band has a following because you’re fitness guru Tony Perkins and for no other reason.