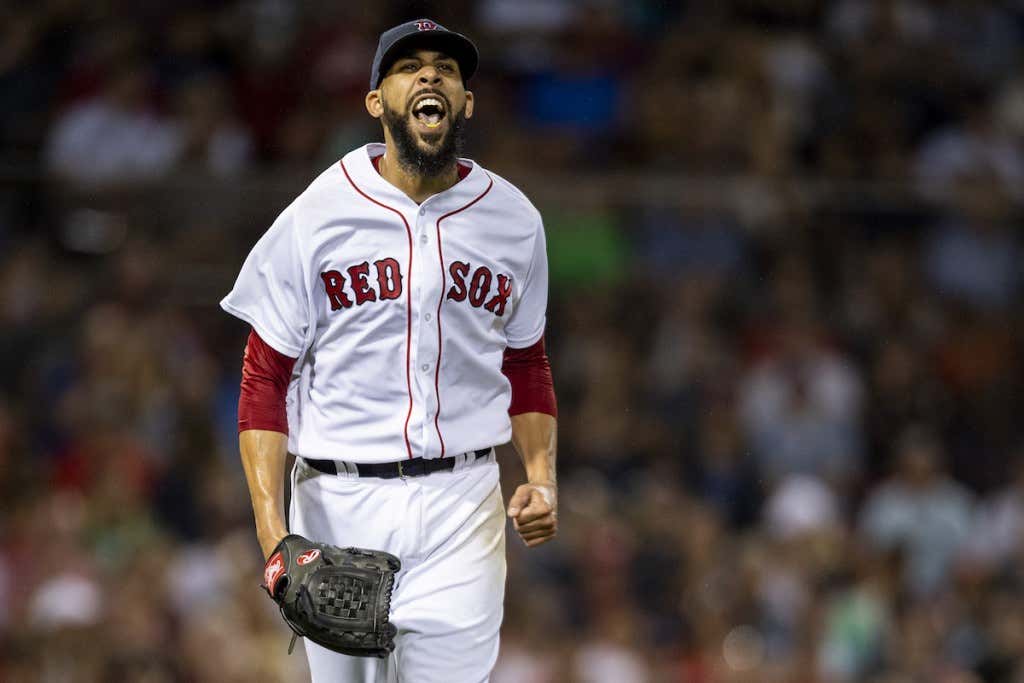 If you missed the game on Sunday, you literally didn’t miss anything. Nothing happened. It was a bullpen game for both teams, the Red Sox didn’t score any runs, the Rays hit a couple homers, and the Red Sox lost. People got mad at Matt Barnes for giving up a home run in the ninth inning even though the Red Sox didn’t have the lead at the time or at any point in the game. Kind of a bad day at work so you kick the dog-type of scenario going on there.

Barnes, as we’ve highlighted many times before, is having a very good year. His 1.15 WHIP is second to Craig Kimbrel’s (1.02) among Red Sox relievers with at least 30 appearances this season, and he actually has a better K/9 (14.33) than Kimbrel (13.59), if you can believe that. In fact, among the 190 relievers who have made at least 30 appearances this year, Barnes is fifth in the MLB in K/9. Aroldis Chapman, Josh Hader, Dellin Betances, Edwin Diaz, Matt Barnes. Yeah, I didn’t realize that either until I just looked it up. He struck out the side on Sunday.

One of the biggest things to come out of this past weekend, for me, would be the fact that David Price continues to have arguably the most underappreciated season of anyone on the Red Sox, right there next to Barnes. We remember the bad ones. That’s human nature. We remember the five home runs and eight earned runs in Yankee Stadium. We remember the stinker that followed in his next start in Kansas City. But what about everything else?

The reality of the situation is that outside of that two-start hiccup, Price has had a really good year. It’s all about perception, though. How does that apply here? When compared to his teammate Chris Sale, he’s having a mediocre year because everyone looks mediocre at best when compared to the best pitcher on the planet. There’s also the contract thing. He’ll never live up to that, but that point has been beaten into the ground by now. The Red Sox overpaid him to prevent him from signing elsewhere because they desperately needed a frontline starter after back-to-back last place seasons. It’s that simple. That’s the business of baseball, folks.

But from a performance standpoint, since that aforementioned two-start hiccup, Price has made six starts and has a 1.80 ERA with 41 strikeouts in 40 innings. Prior to that two-start hiccup, Price had made nine starts and had a 2.72 ERA with 57 strikeouts in 56.1 innings. On the whole season, the Red Sox are 18-6 in games that Price has started. They’re 7-0 in his last seven starts, and 15-2 the last 17 times he’s taken the mound, the Yankee Stadium ass-whooping being one of those two losses.

Price, essentially, is doing what he was doing in 2016, only better. Check this out:

Goes without saying, but hopefully 2018 ends better than 2016 did in regards to the postseason for Price. Either way, he started out both seasons stinking through seven starts and then turned it on after that. Sure, there are some bumps in the road along the way, as there are for just about every pitcher in the league. But the larger body of work speaks for itself — David Price is good. His 3.69 ERA on the whole year is right there with Cubs ace Jon Lester (3.72), A’s ace Sean Manaea (3.70), and Mariners ace James Paxton (3.68).

The Red Sox now turn their focus to the first-place Cleveland Indians. A real team. I mean, if the Indians were in the AL East, they’d be 16 games back of the Red Sox, but they’re much better on paper than their record reflects. I’m still skeptical of the Indians, if we’re being honest. I recognize how good they are on paper, and this is obviously a team that has been good in recent years as well, but they’ve largely just beaten up on the shitty teams within their own division. They’ve got a losing record against the Yankees, Astros, and Mariners. The Red Sox don’t have a losing record against any of those teams.

Regardless, the Indians are a box that the Red Sox have yet to check off. When you start to paint the postseason picture in the American League, the Red Sox have already proven themselves against everybody except for the A’s, who they don’t play again, and the Tribe, who they’ve yet to play at all. They’ll get that opportunity in a four-game series that starts tonight with Corey Kluber versus Rick Porcello. Right out of the gate, you get the ace.

You know what to expect from Kluber at this point. He’s one of the best pitchers in the league, has a sub-three ERA, and 160 strikeouts in 168 innings. The Indians have been victorious in each of his last four starts, which includes a complete game shutout against the LA Angels earlier this month. Kluber has been officially recognized as the best pitcher in the league with two Cy Young awards on his shelf, but he hasn’t even been the best pitcher on his own staff this year. That distinction goes to Trevor Bauer, who just hit the disabled list with a stress fracture in his ankle and will miss this series.

Porcello won’t miss the series, though. He goes for the Red Sox in the series opener, and is coming off a start that’s in a three-way tie for his second best outing of the year by game score. Porcello went seven two-hit, one-run innings with a season-high ten strikeouts his last time out against the Phillies. At 15-5 through 25 starts, Porcello remains on pace to record his second 20-win season of his career.

There has been a lot of MVP talk around these parts with the seasons that JD Martinez and Mookie Betts are having, but let’s not sleep on Jose Ramirez, who is having quite the MVP-caliber season in his own right. Looking forward to seeing these three players on the same field, going head-to-head for the first time this year.