What is the definition of a bug? A bug is term for a small insect or land-dwelling arthropod. An arthropod is an invertebrate animal, meaning they lack a backbone. A prime example is a praying mantis. Though they lack a backbone and look weird, they do live an amusing life. 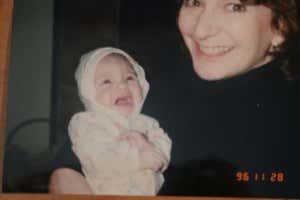 I came out the womb September 29th, 1996. I was the son of Steve and Tina Taylor. They were both grew up in Pittsburgh Pennsylvania, and loved football. Evidently, they grew up Pittsburgh Steelers fans. They are my second favorite team because if it wasn’t for them, I wouldn’t be here. On January 14th 1996, the Pittsburgh Steelers played the Indianapolis Colts for the AFC championship. Pittsburgh won 20-16. In honor of their favorite team punching their ticket to the Super Bowl, my parents celebrated and spanked up! Two weeks later, the Steelers lost to the Dallas Cowboys 17-27. Everything went downhill from there. 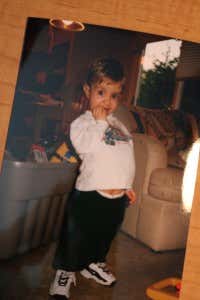 When the doctor pulled me out of my Mom, he knew something was up. Hell, everyone in the room and a bird on a tree watching from a window could see it. I looked like a broken Toys-R-Us play-doll (R.I.P). After running multiple genetic tests, x-rays, and physical therapy appointments, it was declared that I had an undiagnosed condition. Undiagnosed means there is no name for the condition. The only conclusion to this condition is I am limited to my range of motion, speed, strength, everything really. 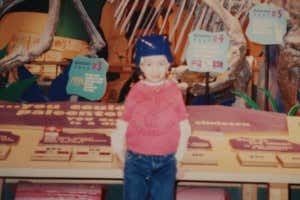 The doctor told my parents I would likely be brain dead and wont be able to drive a car. I currently drive a black chevy equinox that I call the BBC(Big Black Car), and the woman love riding it. Mostly because I keep it clean and play good music. Growing up with this condition has been miserable, yet a blessing in disguise. I have been, and still get stared at, pointed at, and treated like I’m special needs. Which isn’t a bad thing. It get me out of sticky situations, like my morning routines. Having all of these recurring actions happen to me really triggered to stand out by having a personality. So far, it has worked. How did this personality get me here?

I was never able to play contact sports because of my condition, so I decided to become a manager for a football team in the 6th grade. Following that year, I managed my junior high football team, which lead to my high school team. Upon graduating high school, I was set on attending Ball State University. It felt like a good fit for me, as I wanted to be an athletic trainer. After months of waiting during my senior year, they mailed me a formal letter pretty much saying I wasn’t smart enough to be a cardinal. My only options were Indiana State, Indiana University Purdue University of Indianapolis who the hell makes a school name that long), and Ivy Tech. Indiana State is in such a trash area, it wasn’t worth breathing it’s air. Larry Bird succeeded at Indiana State, but also fucked up his back after his college career. I can only imagine what would happen to me if I went there. Ivy Tech is a school that describes the unintellectual. High school for the illiterates. Indian… Im not typing that whole thing again. IUPUI was my only option, so I chose it. 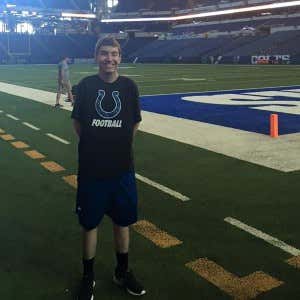 As I began my freshman year at IUPUI, I already despised it. Although being downtown is really fun, I just hated the people, atmosphere, and how it was ran. I should be sharing the sidewalk to lecture with my fellow classmates, not a homeless person. The school was so boring because it is a commuter school, and nothing happens on the weekend. Nothing. Just as dead as attending an IUPUI

Through the school of Exercise Science, I got an email from a newsletter about a job opportunity with the Indianapolis Colts. The position was being a ball boy. I was excited! I emailed the head equipment manager for the Colts, got an interview, and got the job. It really cheered me up through the first 2 weeks. Thats when I met Pat McAfee. 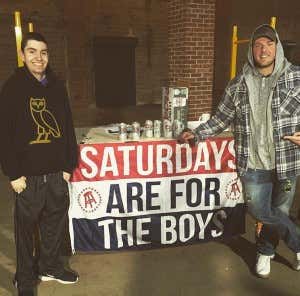 Throughout the 2015-2017 seasons, I got to talk to Pat and get to know him. After he announced his retirement, I immediately sent him a message saying I was interested in becoming an intern for him at Barstool Heartland. I got selected for a 4 day interview process, and got hired on day 2. I wish they put out those interview tapes. Boy, were they golden. I got to work for Pat all summer. along with about 25 other interns. That summer, I made a few videos that did well. It all started with Ref Daddy. Following that, I helped create a video to showcase my real condition, BDS.

I’d say those made a name for myself. At the end of the internship, Pat hired his staff who graduated college and told the rest to stay in touch until we graduate.

I began my journey of going independent, and it was the most stressful, rewarding journey I have been through. I sacrificed hanging with my family, friends, and most importantly,  my health. I was so focused on doing stand up comedy and making videos on Youtube and Twitter every week, I would forget to eat, workout, and take care of myself. I like to relate myself to the rapper Logic. Though we came from different financial situations and talents, we both struggled with health as we were more concerned of making it in the industry.  It must have worked because currently, I am typing my first official blog for Barstool Sports in New York. Coming off a the Barstool Idol champion. Haven’t signed the contract yet. Probably should do that soon.

So the question is, should I go back to IUPUI and finish my senior year? Or do I drop out and begin a new learning experience? I’m 99% sure my credits wont transfer to anywhere around New York knowing IUPUI and their narc selfs. As my buddy Caleb Pressley told me, “As a college quarterback, I don’t understand why players stay in school if they can go to the NFL draft. An opportunity like that wont be waiting for you in the future, but school will.” Bugs aren’t made for school for 2 reasons. One, their fucking bugs. Two, they make a name for themselves by being around everywhere you go. They look different, give you something to look at, and even get televised on National Geographic. I just hope I don’t get squished. 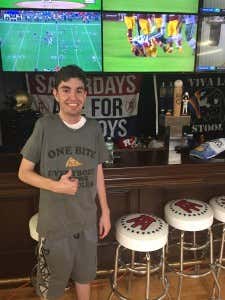