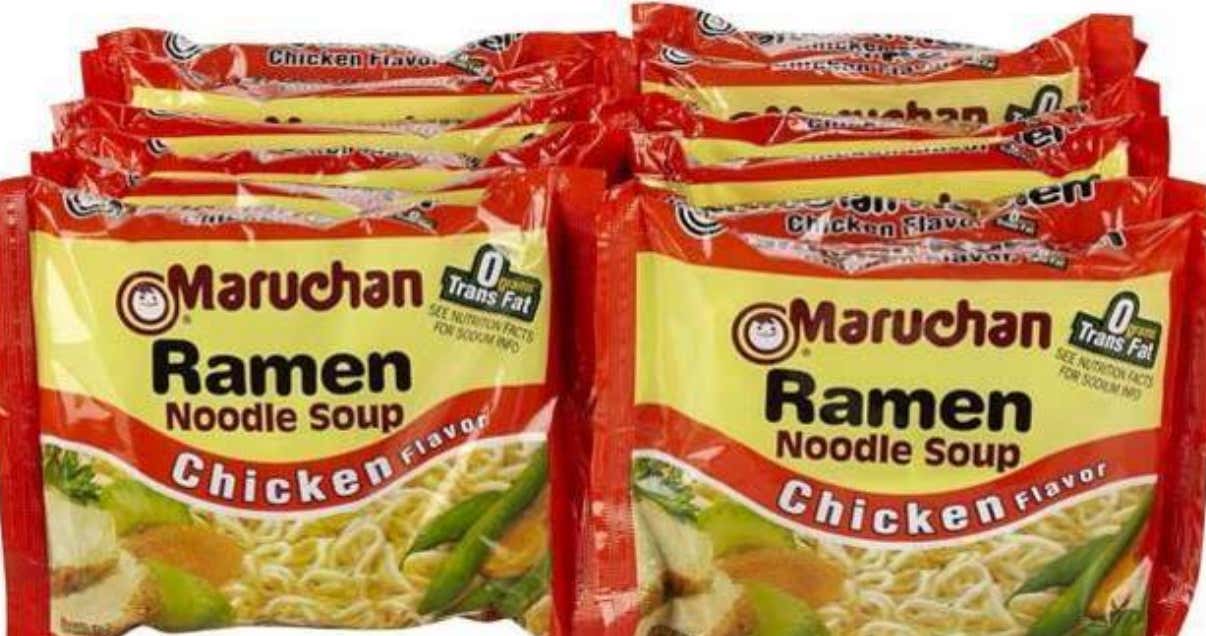 FOX NEWS – Thieves in Georgia must have been craving a savory snack as they made off with nearly $100,000 worth of ramen noodles, the Fayette County Sheriff’s Office said.

The thieves, who have not yet been located, took the packages of noodles between July 25 and August 1, Fox 5 reported. The noodles were located inside a 53-foot trailer, which was parked at a Chevron store.

The owner of the trailer, who said he was given permission to park the trailer there, said it was locked at the time the food was allegedly stolen, the Star-Telegram reported.

3) Dalton Russell stealing the Nazi documents and diamonds from the bank.

2) Danny Ocean knocking off the Mirage, MGM and Bellagio simultaneously.

Seriously it’s the heist of the century.   This is what I estimate to be 1 trillion packs of Ramen noodles.  That’s without doing the exact math – I just believe the cost of a pack of ramen is like 0.0000001 cent, so in my head it adds up.

The thieves have yet to be located, and I don’t want to play detective from way up here in New York, but if Georgia police allowed me to butt my nose in for a second, I’d gently suggest they make their first stop Athens.  Maybe ask some questions around the UGA campus.  Doesn’t seem like an Emory type crime but wouldn’t hurt to take a quick look on the outskirts of Atlanta.  Maybe the Tech nerds, maybe a peek around Southern.  Not to stereotype but it just stands to reason that there is only one group of people on the planet who would be interested in $100K worth of Ramen noodles.  The profile: young, broke from spending their parents’ food allowance on Everclear and Bud Ice, desperate for a late night meal while buzzed on adderall and cramming for their exam in the morning for the class they haven’t been to since syllabus day.  Not looking for a reward or anything, just trying to help.