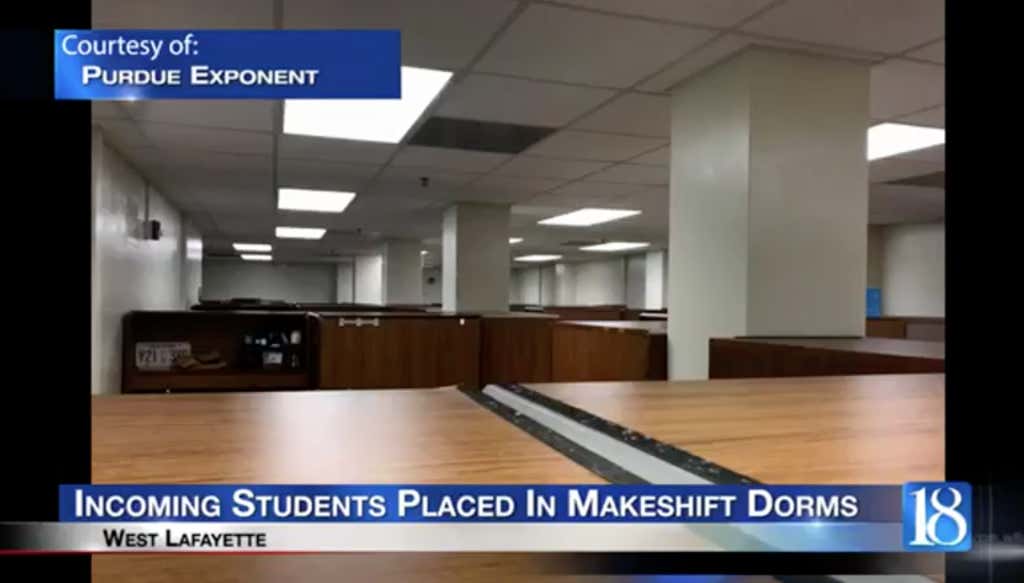 Makeshift dorms have been made to allow for these students to live on campus. More than 100 incoming freshmen will be forced to live in them. Several are nervous about living in such rooms, and as for parents – they aren’t too happy.

107 students will start the 2018-2019 academic school year off the makeshift rooms. Smaller versions will host one or two freshmen while a larger, barrack style layout will hold 10. Our news gathering partner at the Purdue Exponent went inside these rooms and saw for themselves.

Kierra Richards is an incoming freshman who will be living in one of 128 temporary spaces. She will be living by herself, but is happy for the privacy. “Knowing I’m by myself, it kind of helps me a little bit so I don’t have to worry about 9 other people in my room and I like being by myself sometimes so it helps with studying and everything,” said Richards.

When I first saw the tweet I thought this was another case of the world getting soft on us. This was the picture they showed to represent a prison type set-up/boot camp situation. 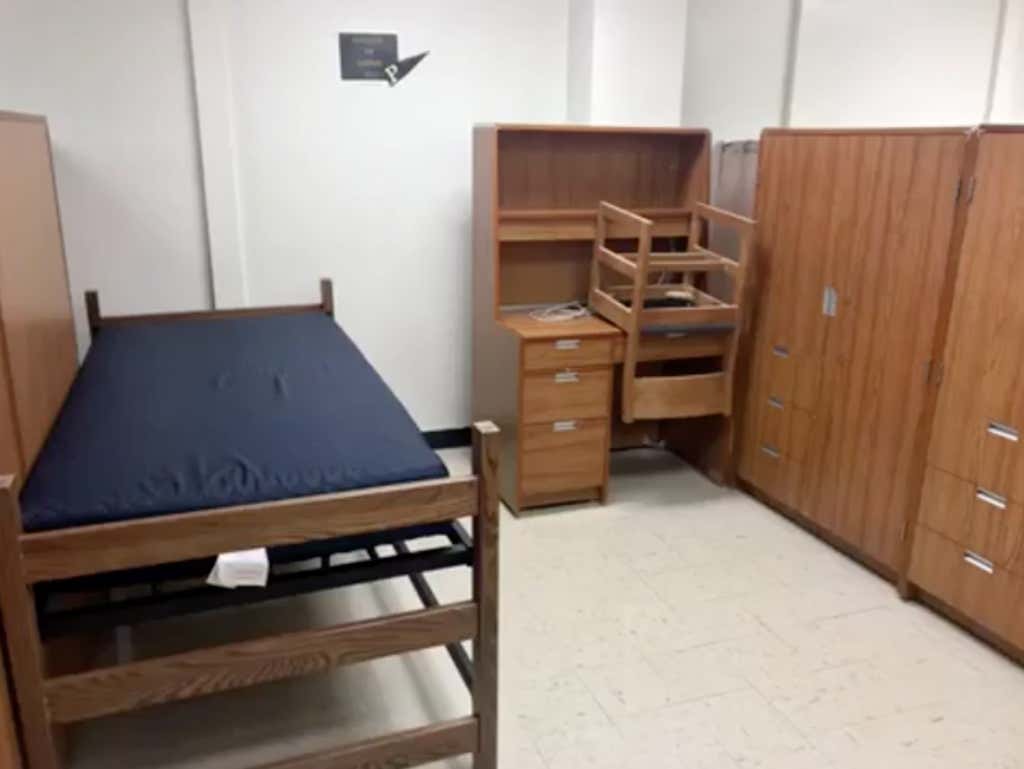 I mean that looks like any normal dorm room. I think most of us who went way for college had a similar setup freshman year. Nothing out of the ordinary there, that is until you see the second picture… 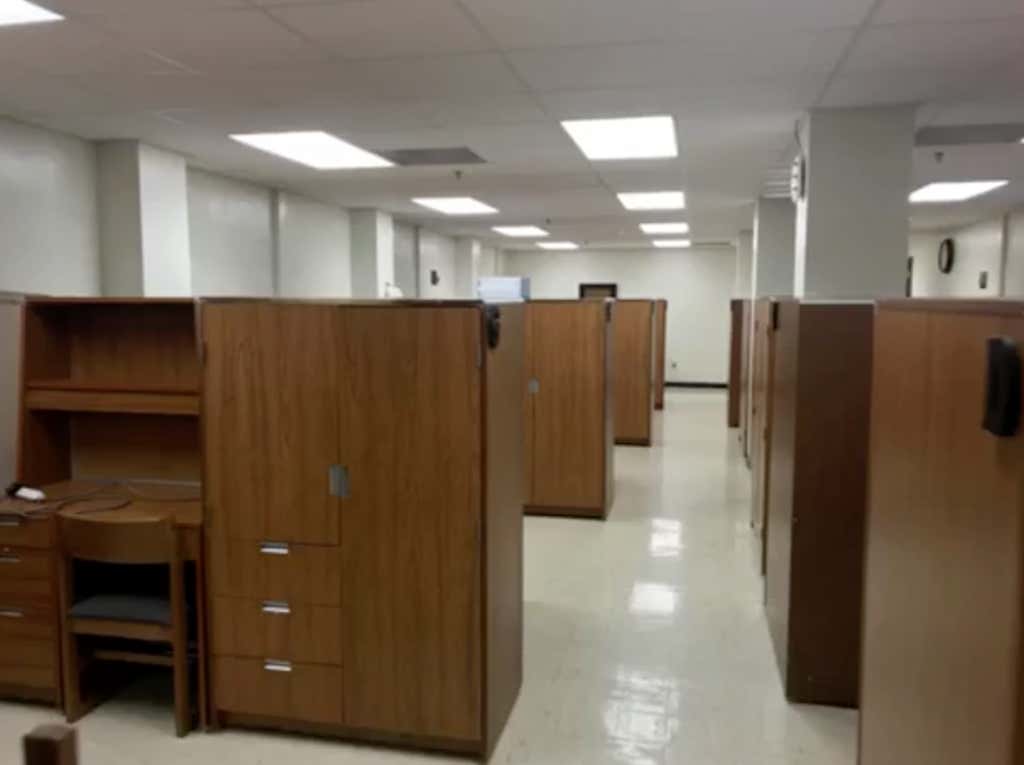 YIKES. That actually does resemble boot camp in a way. The reason for this is because Purdue over-enrolled 107 students for the incoming year and they have nowhere else to put them besides these “temporary housing areas.” Imagine living in the same room as like 10 strangers to start off your college experience? That’s fucking blows. Zero privacy whatsoever. It was enough for me to have a random roommate in a split double at Syracuse and to get used to that (which was fine), but to be thrown in a room with 10 strangers is crazy. Imagine magically pulling a girl from a party in your first two months and bringing her back to your place and her finding out you share a room with TEN PEOPLE? Yeah, no dice. Even pregaming is impossible because you have no privacy and can’t hide shit from RAs. I went to Syracuse not knowing one incoming person. I was by myself and met my boys in my dorm hall in the opening weeks. That whole experience is turned on its head when you’re forced into this barrack like situation. Room and board, not including tuition, is $10,000 at Purdue. I’d ask for all of that back in a heart beat. Fuck this shit. It looks like you’re living in the cube life at Purdue with this setup. There’s 107 stranded students. Put them up in a hotel for a few months. Is it that hard?

How about the director of university residences trying to justify this and make reason of the situation?

“There are great advantages to living on campus. In term of better grade point average, better opportunities for leadership, more engagement in on campus activities,” he said.

Better GPA? Opportunities for leadership? On campus activities? Wow, what a sell job. I mean who isn’t all-in on barrack life after hearing those three compelling reasons to deal with this. Purdue University. More like PurDONT!