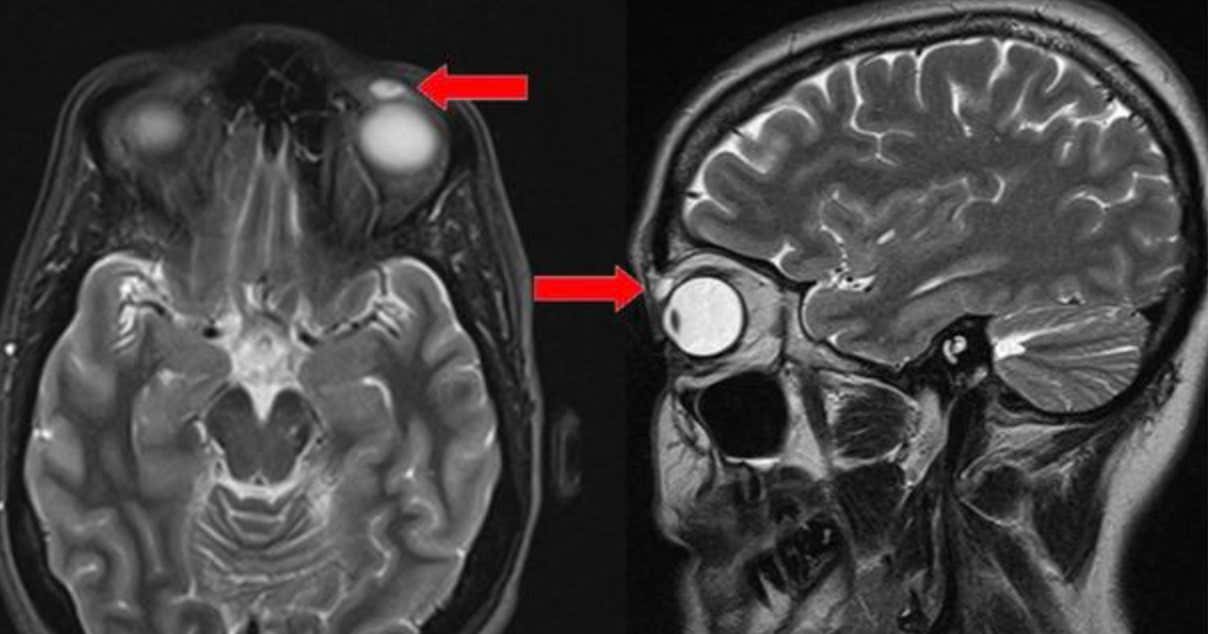 CBS NEWS-  Nearly three decades ago, a 14-year-old in the United Kingdom got hit in the eye during a game of badminton and lost her contact lens. No big deal, right? Well, 28 years later, doctors found the missing contact… embedded in a cyst in her left eyelid.

Apparently, the woman, then 14 years old, lost her contact lens at the time, and it was never found. After that, she never wore hard contact lenses again.

The woman did tell the doctors that her left eyelid had been droopy for a long time but that it hadn’t been a cause for concern, according to the report. The doctors assume that this drooping was due to the embedded contact lens, they wrote.

I regret opening this article, I regret reading it, and I presently regret writing about this horrific urban-legend-turned-real-life story. But as a contact-wearer, I can’t unsee this and I can’t just pretend the truth isn’t out there.

But before I continue, hold please…

This woman’s story has been my greatest fear since I started wearing contacts 18 years ago. 18 years! That’s 2 contacts a month, for 12 months, for 18 years. Which means in my lifetime, I have placed 432 contacts in my eyeballs. I don’t know if I’ve thrown away 432 contacts. I really don’t know. And after reading this horror story of a woman having a droopy eye from a contact hiding IN her eye for 28 years, I’m certain I haven’t thrown out 432 contacts.

Christ. I always knew I would go blind (and deaf and lose my mind), but now I know how it’s going to go down. I’m sure there’s a contact up there at this very moment, fusing itself with my eyeball, preparing to take my vision down. I’m not ready to go blind. Nor do I think I have the good looks required to rock an eyepatch. 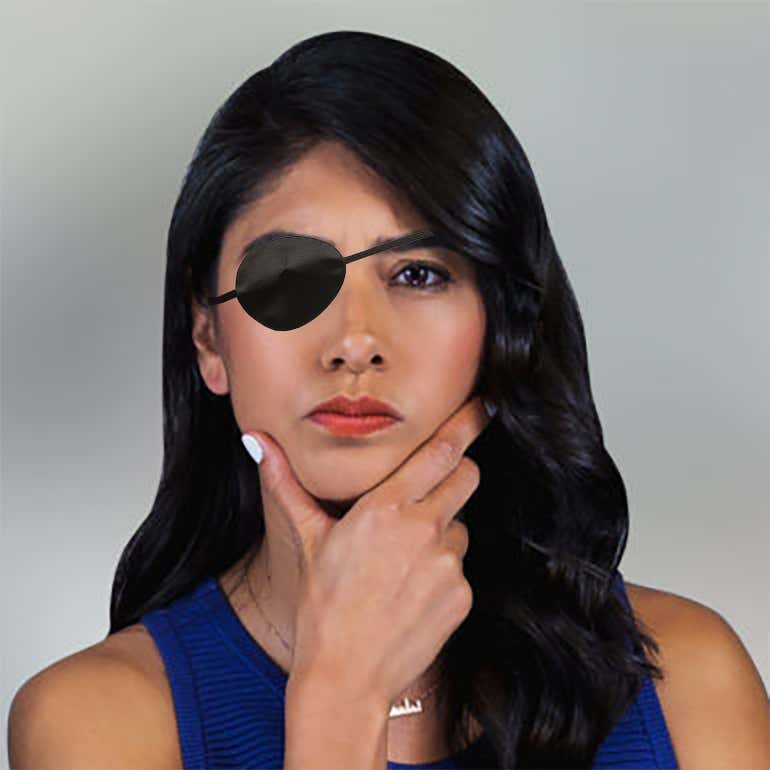 I had a friend who once lost a condom in her vagina while she was having sex but was too fucked up to realize it, so she just walked around with some random dude’s used condom inside of her for days. How did she comes to this whore-ish realization? I’ll spare you the graphic details and just say this: when she got her period, the tampon wasn’t the only thing that popped out.

What’s the point of this disgusting story? The point is this: when she told what happened, I thought “how wasted are you getting that you don’t realize a condom fell off inside of you?” I judged her, not for her sexual adventures, but for being dumb. “How could you be so stupid Jessica?!!”

Wouldn’t it be completely fitting if I lost my vision because I left a contact (eye condom) inside my eye for years?