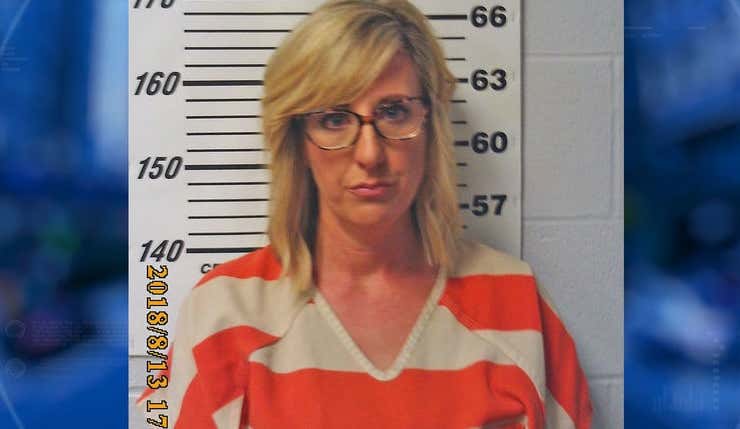 Arkansas – An Arkansas assistant principal resigned from a middle school over allegations that she was in a sexual relationship with a student.

Jessica Williams was arrested Monday after police received a tip claiming she had an ongoing relationship with a Waldron School District student, news station KFSM reported.

Police said the district received an anonymous letter accusing the administrator of misconduct with a 16-year-old male student.

Investigators interviewed the teen who admitted that he started having sex with Williams in early summer. He also claimed that the two exchanged explicit photos.

In a police interview, Williams reportedly confessed to having sexual encounters with the teen on several occasions.

Hell, that’s not even a trend; it’s a full blown societal movement. When these ladies declared in one voice they will no longer sit by and have their degenerate co-workers have all the fun while they’re listening to students complain about being bullied, searching lockers for weed and tracking down the little wiseasses pulling the old Ferris Bueller. It’s a bold, new world for these sex-starved disciplinarians. And the future belongs to them.

The Grades:
Looks: Whoosh. I go way out of my way to avoid dated references, but sometimes they’re too accurate to so with anything more contemporary. She looks like Sally Jessy Raphael had a baby with the Dancing Six Flags Pedophile.
Grade: D

Moral Compass/Bad Judgment: Let’s see, we’ve got sex on several occasions all summer. Confirmed by a confession. We’ve got naked texts. It must be hard to look across your desk at a kid you’re supposed to be disciplining for sneaking a cigarette on school grounds when you’re getting dick pics from his classmate you just got done banging. It takes a special breed of professional for that line of work.
Grade: A

Intangibles: Putting the “ass” in “Assistant Principal.”
Grade: B+