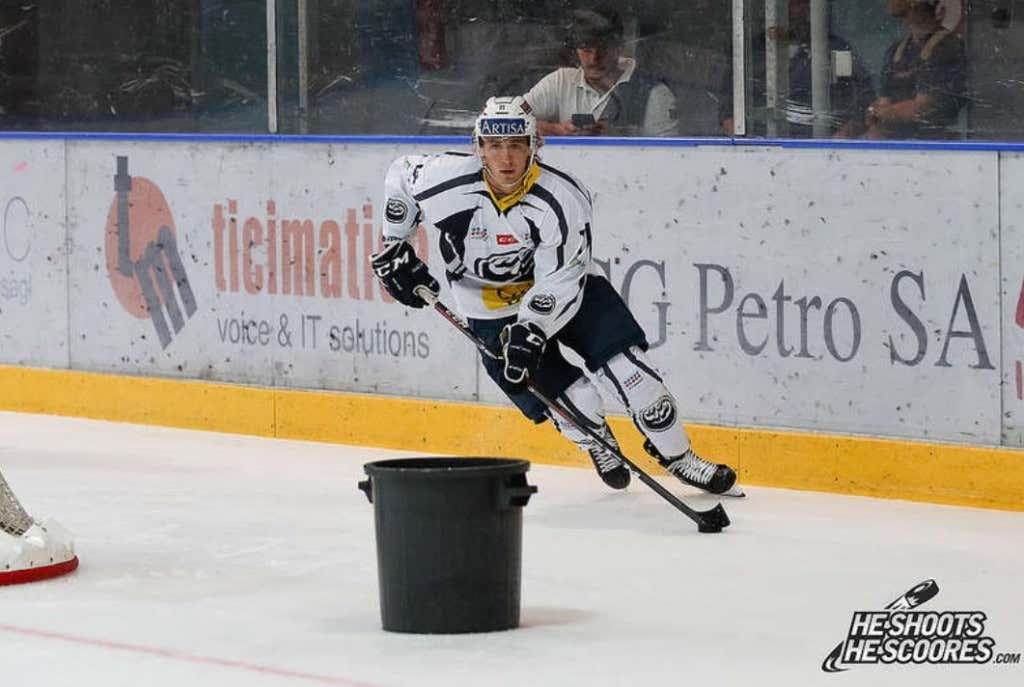 I just think it’s funny that any time it’s like slightly overcast, baseball teams decide to bring out the tarp on postpone the game. And if they somehow don’t call the game before a light drizzle starts? Forget about it. Might as well just cancel the rest of the season at that point. But hockey players aren’t afraid of getting a little wet. Heck, they thrive in that type of environment. So when the roof starts to leak a little during a preseason game in Switzerland, you think they’re just going to call it a day and send everybody home? Frick no. That just means it’s time to improvise and throw a little trash can out there on the ice to catch the water leaking.

And that’s the other thing. This was a preseason game in the Swiss NLA. For all intents and purposes, this game meant absolutely nothing. You got a bunch of football players out there who bitch and moan every year about having to play preseason games. Then in Switzerland you have a bunch of hockey players who don’t even care if the roof is about to collapse due to torrential downpours. They’re still going to play through it. And why? Is it because of the money? Is it because of the fame? The glam the glitz the glory? No to all of the above. They simply choose to keep playing because they love the game. And that’s what being Hockey Tough is all about. It’s about battling through any adversity that is thrown your way because the love you have for the game outweighs all of it. Could be a leak in the roof, could be your leg falling off. Doesn’t matter. As long as you still have a pulse, you’re taking that next shift and giving it everything you have. Fucking hockey players, man. They’re just a different breed than the rest of humanity.