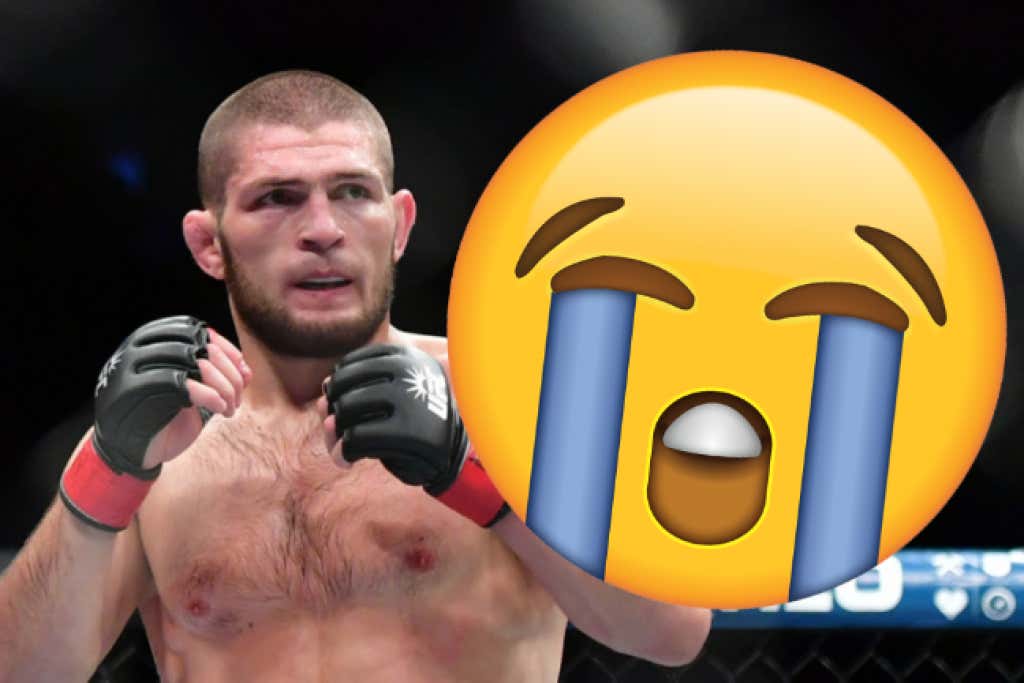 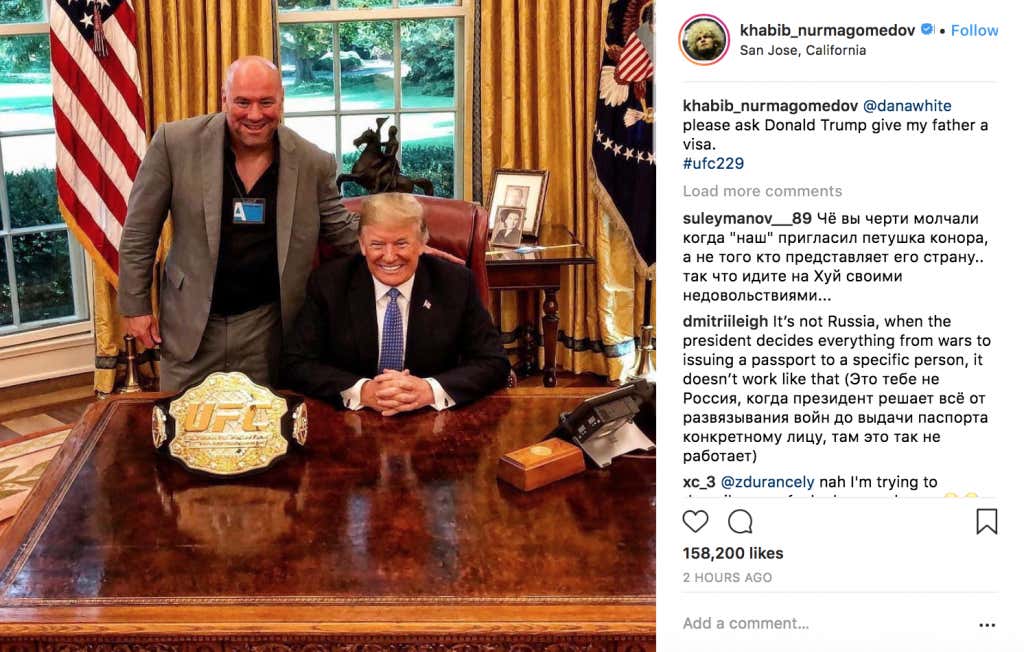 Crying face emojis, yo. You come into our country, you make our bums do pushups in the streets, and you want a Visa for daddy now?

Absolutely not. Nope. Dana White, if you’re reading this, please don’t ask Donald Trump to give Khabib’s father a visa. His father, Abdulmanap Nurmagomedov (yes, that is his real name and not a joke I made by sneezing onto my keyboard and acting like that was a name), could be a serious threat to our great nation based on all of the information we have on him. Want proof?

Exhibit A: He is a crazy person. He made his son wrestle a bear.

Exhibit B: He turned Khabib into the killer he is today. Scary!

Exhibit C: He is a Russian. And also a Russian in government.

Exhibit D: If Khabib treats homeless people in such a degrading way at the mature age of twenty-nine years old, where do we think he learnt that behavior from? And how was it so normalized that even at almost thirty years old, Khabib doesn’t see an issue with it? Hmmm.

Exhibit E: He looks like a pervert. Now don’t get me wrong, I’m not calling this guy a pervert, I don’t think he diddles kids, but he just looks like a weirdo. Solely an aesthetic thing. 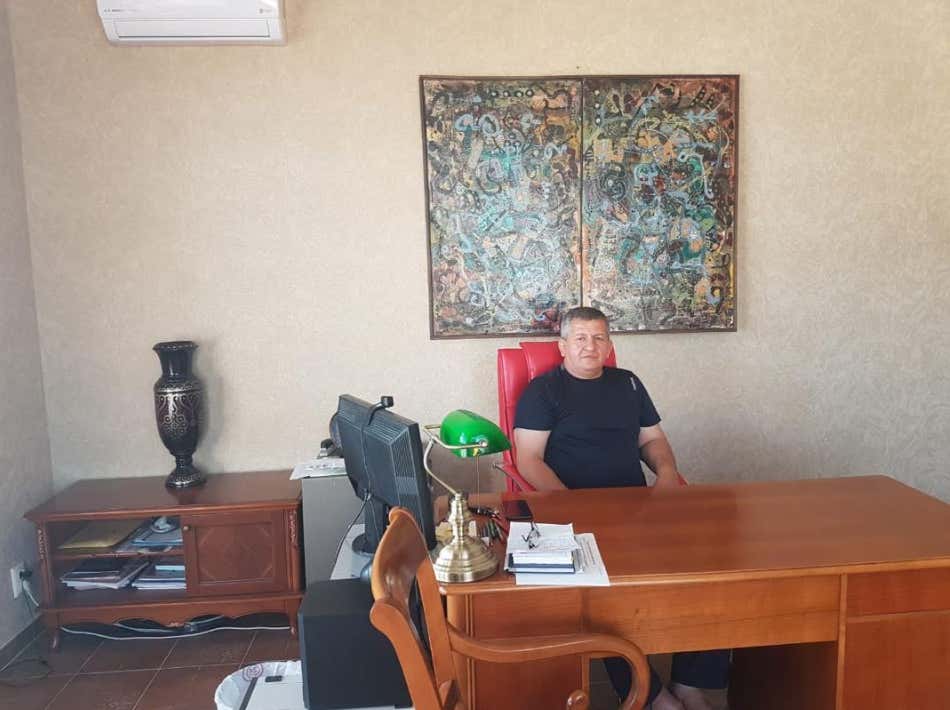 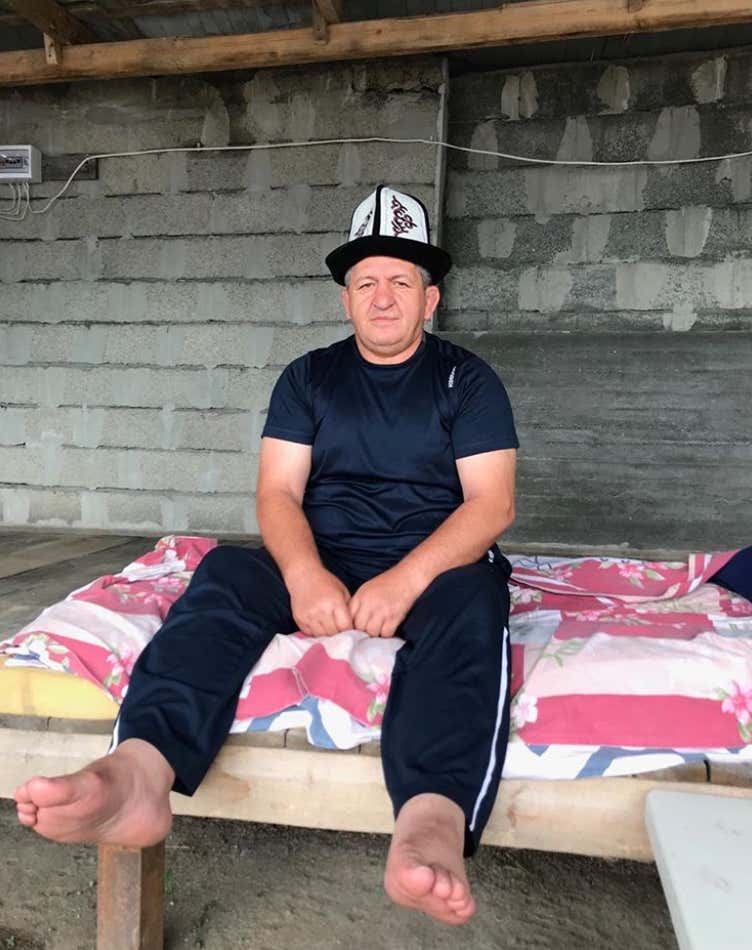 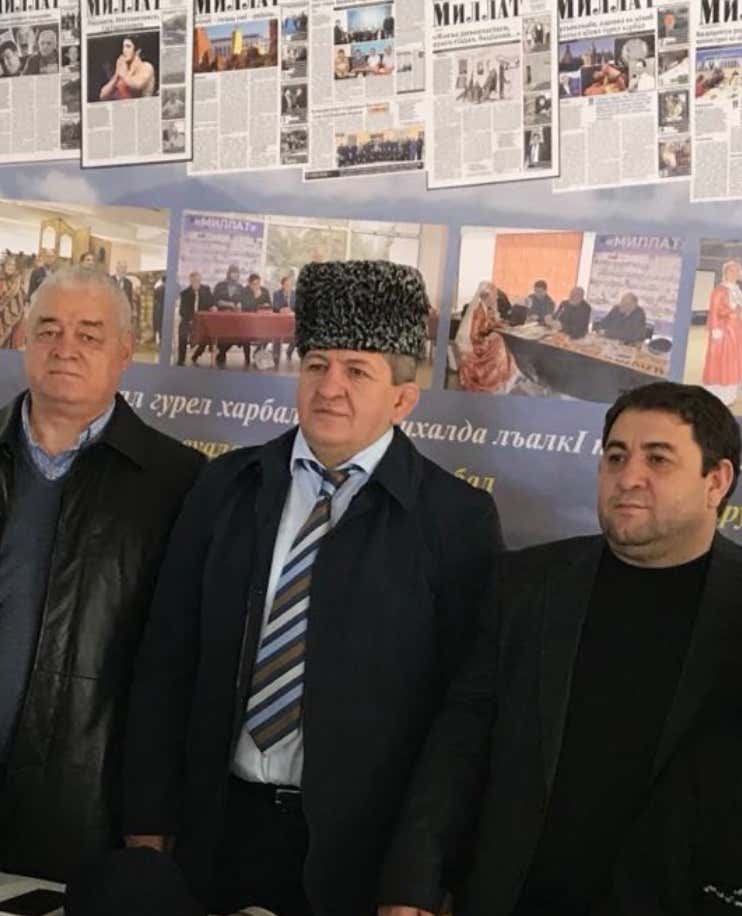 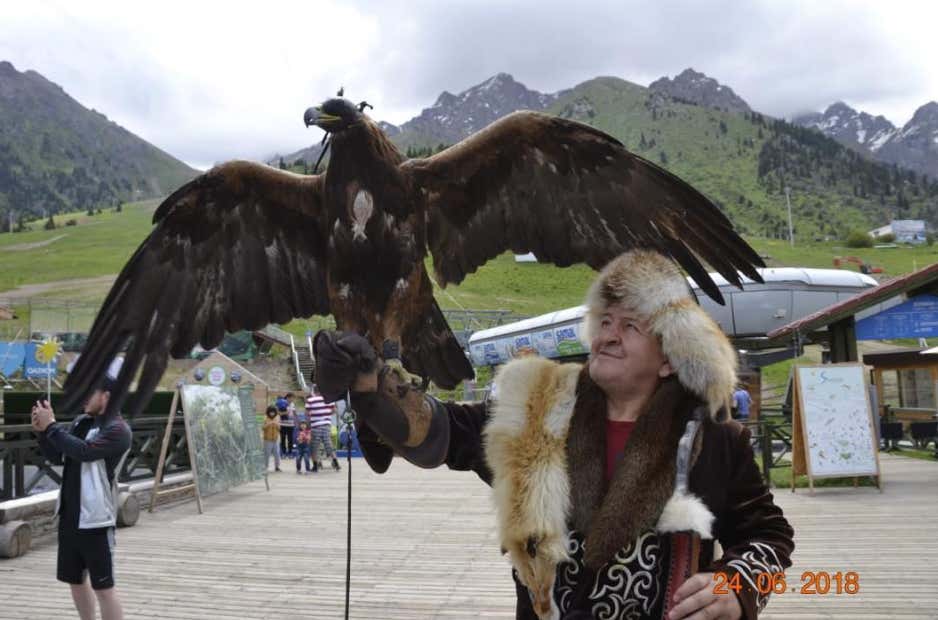 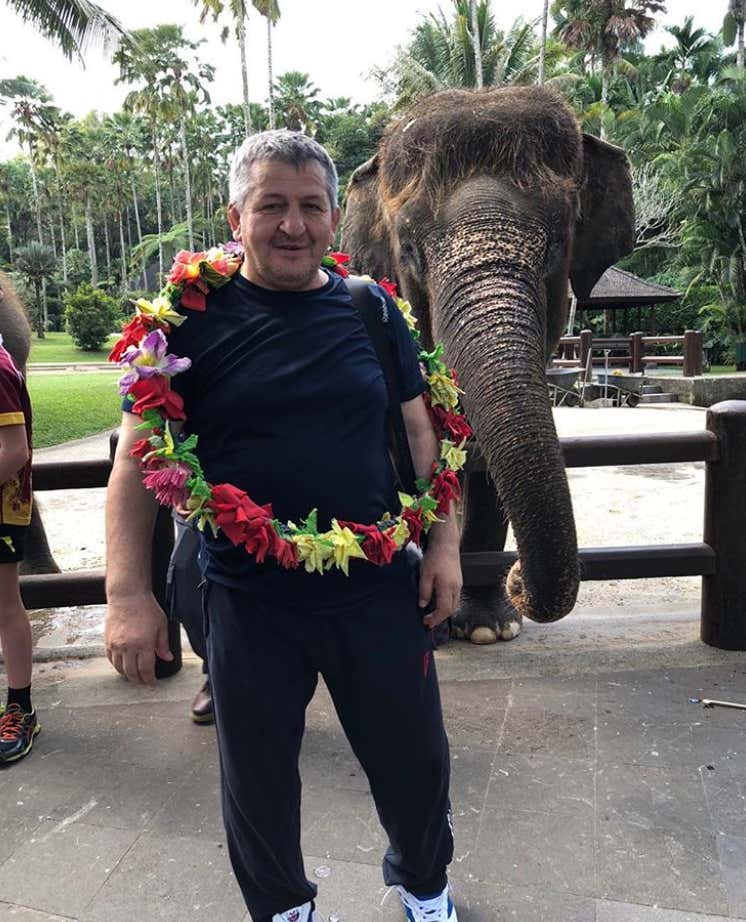 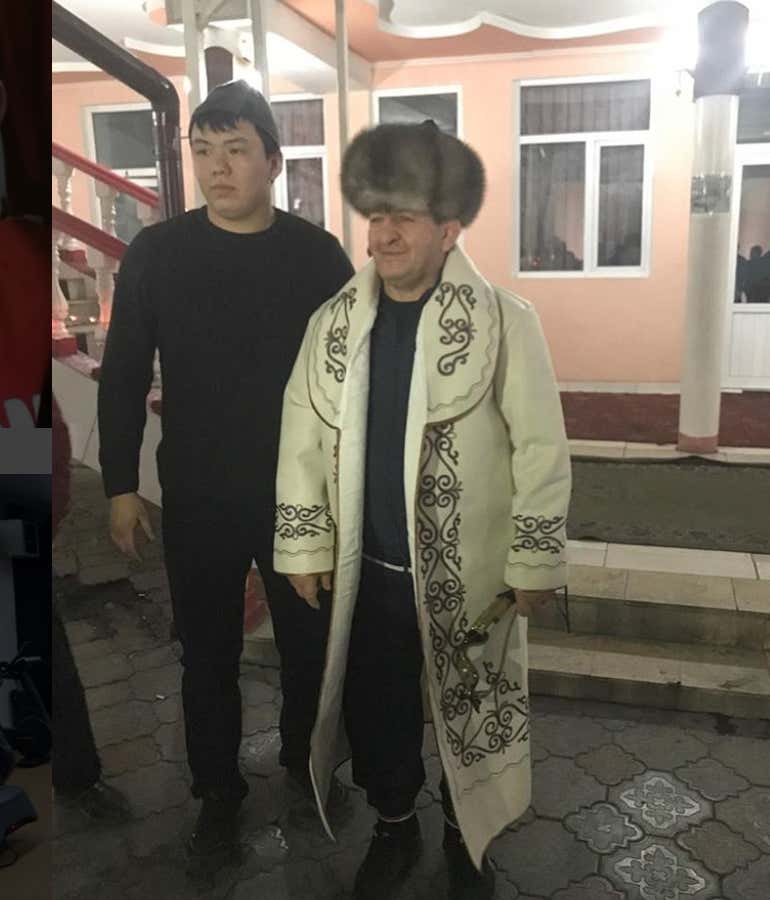 Look, I don’t know how much more you’d have to see. Don’t let this guy into the country. Fuck ‘em. And hey, you might even save Khabib’s life in the process by neglecting ol’ Appendicitis Nurmagamedov’s Visa application. If he saw his son get knocked out by The Notorious One live he’d probably take him out back and feed him to a bear the second they got back to Dagestan, and trust me, the straight left to the temple will be punishment enough. Some argue death is actually favorable to having to take one of Conor’s punches, and who am I to say they’re wrong?

58 days, Khabib. And there will be no daddy to save you. Downfall is coming.

P.S. How much does Dana regret bringing Colby Covington to the White House right now? His phone must be BLOWING UP with “Hey can you ask Donald Trump to…” texts. He done goofed.