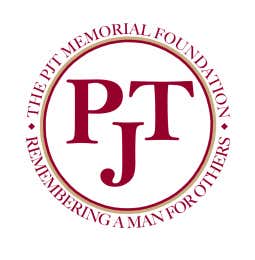 Tomorrow is one of two times I play golf every year. It’s the the annual PJT Memorial Foundation Golf Classic AKA “The Trendo”. The other time I play golf is the weekend before the tournament so I don’t completely embarrass myself (I always still end up embarrassing myself).  The tournament is in honor of Paul “PJ” Trendowicz, one of the best guys I’ve ever known who was tragically taken from us too soon. His closest friends, younger brother, and parents though have done an amazing job keeping his memory alive by organizing this golf tournament every year which raises money for charities that focus on community service, youth outreach, and local community sports.

The winning team always gets their names engraved on the trophy but three years ago I was also asked to work my Shanghai fabric market magic and make 4 green blazers to also be handed out to the winners of the tournament. 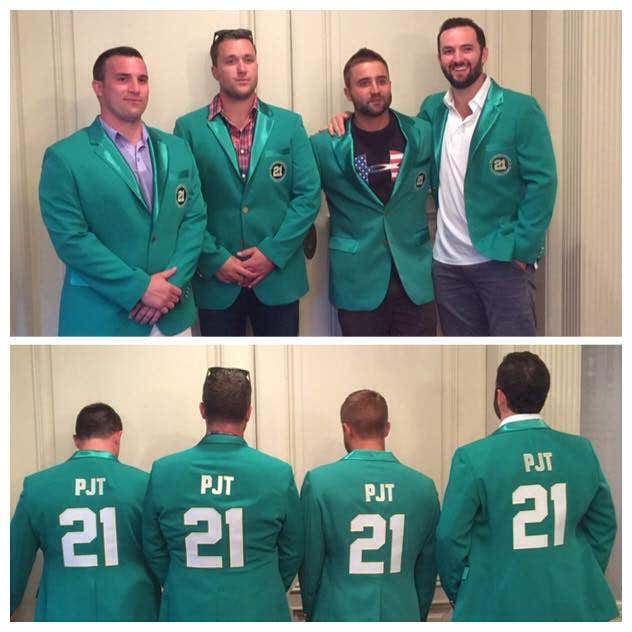 Pretty snazzy huh? They have the number 21 on the back as that was PJ’s jersey number and it has become a symbol of his life.

However, the first tournament I brought the jackets to we ran into a little conundrum. A random foursome had shown up to compete in matching floral shirts and NOBODY knew who they were. 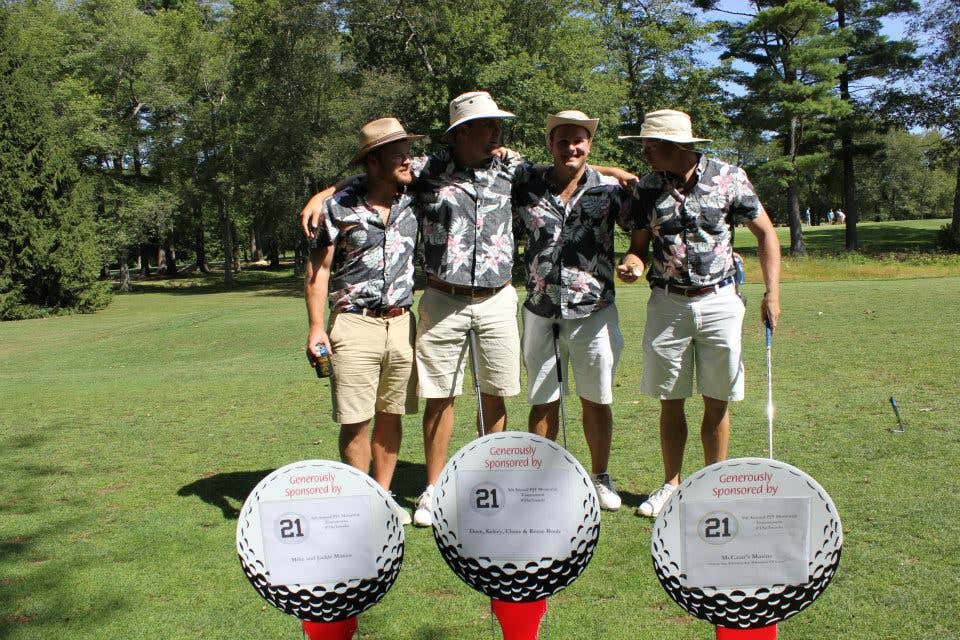 We didn’t realize that until later though, at the time everyone just assumed they had some sort of connection to PJ or his family. However, when they ended up wining the whole god damn tournament that’s when people started wondering “who are these (talented) clowns?” Turns out they were friends of a friend of a friend of PJ’s and had been told by someone there was room for an extra team in the tournament.  This wouldn’t have been an issue whatsoever, the more the merrier as they say, the situation only became awkward due to the fact that this was the first year the winners would be taking home “PJT Memorial Blazers” and the organizers of the tournament didn’t feel quite comfortable giving the jackets to four people who didn’t even know who PJT was. You could tell the the champs were a bit disappointed by this revelation but we reached a compromise where they could still take pics in the blazers, just couldn’t keep them. At the end of the night, everyone went home happy.

Now the only reason I deemed this blog-worthy besides giving some shine to PJT and the PJT Memorial Foundation, was the fact that a year later I found out that cross eyed fuck Riggs, Barstool’s very own golf correspondent, was part of the winning fouresome. 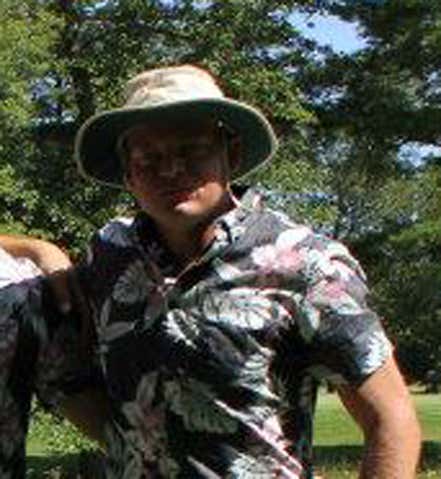 He must have been wearing shades or just hiding his face in the shade of his hat the whole time because Riggs has a set of peepers you don’t just forget about. Those things stick with ya for a while. And yet, the only reason I ever found out Riggs was one of the champs was because around the same time his name was revealed to actually be Bozo 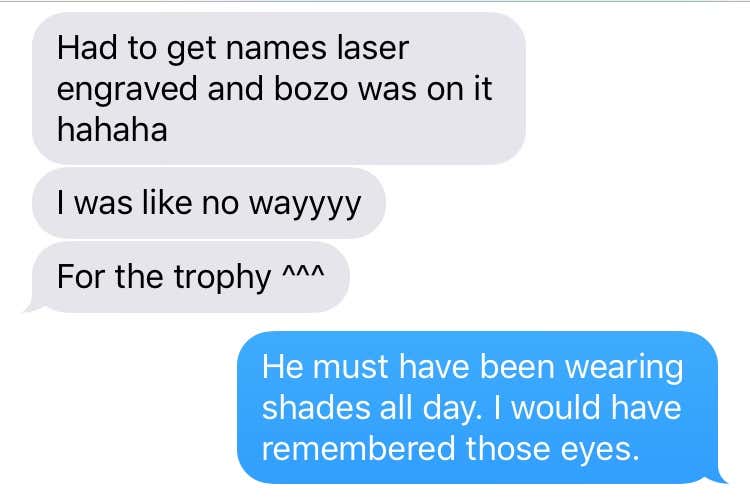 Now I have no idea if Riggs was pivotal to his team’s W or he was just riding the coattails of his more talented friends, but I fee like this story needs a poignant message so I’m going to leave you with this:

“don’t let Bozo the clown on the greens unless you want him turning the place into a circus (read: winning the tournament).”