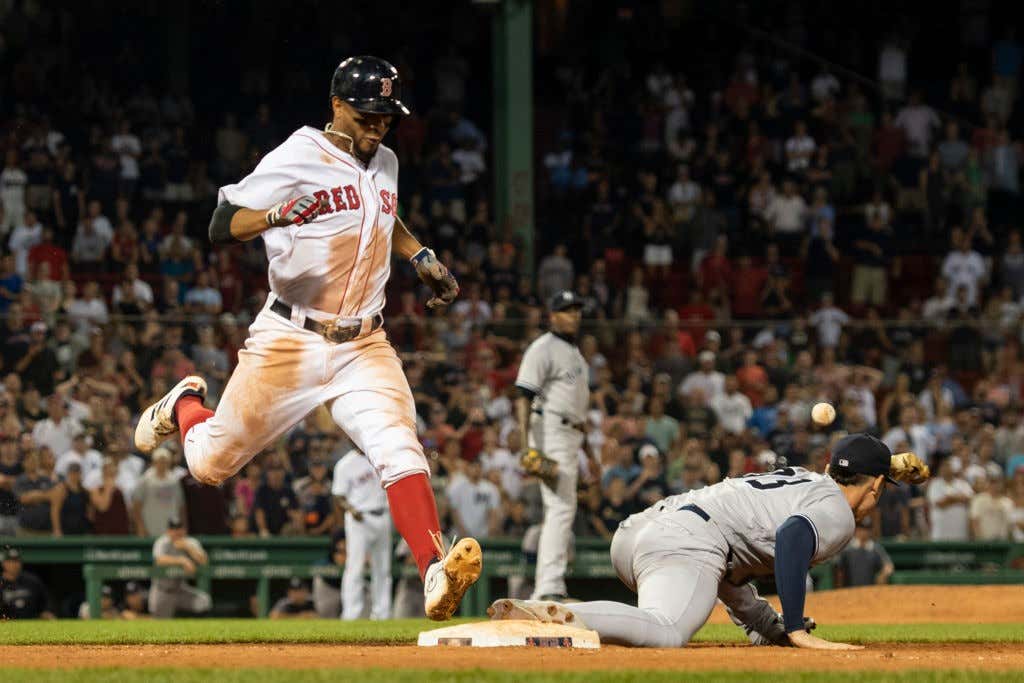 It’s the day after the four game massacre in Fenway and it’s time to move on. The Yankees have no choice, but to just forget what happened as quickly as possible, and start playing to their potential. The fact of the matter is that the Oakland A’s and Seattle Mariners are in the rear view mirror and approaching quickly. There are two full months to go in the regular season and frankly anything can happen. Baseball is the most unpredictable sport there is and that’s why it’s so important for New York to wake up, starting tonight in Chicago to prevent this from getting worse.

Confidence and morale are both at a low, but this team is still 26 games over .500. Most teams would kill for that record right now, but it just so happens the Yanks share the division with a juggernaut at the moment. Right now it’s important to not worry about them and to focus on themselves. They don’t hit with runners in scoring position (bottom of the league), their starting pitchers don’t go deep in games, and they play Shane Robinson in right field semi-regularly. This team cannot get Aaron Judge and Gary Sanchez back quicker to helps strengthen the lineup, but we’re still at least a few weeks away from getting their services back.

So how do they snap out of their season-high five game losing streak? Well, playing the Chicago White Sox should help. Their next games come against the White Sox (3) Texas (4) and the Mets (1). If there’s a stretch that should get these guys back on track it’s that. I would hope last night’s blown win was a wake up call for every single player on the team, whether you’re doing well or not. I said this a few weeks ago, but Boone isn’t capable of getting into these guys like Girardi used to. I’m not saying I wish Girardi was still here because I believe he ran his course within the organization, but it wouldn’t kill to have a more challenging manager at the helm right now. I almost wish Phil Nevin was calling the shots right now, but that’s not the case. Someone on the team has to step up and become the voice whether that’s CC Sabathia or Brett Gardner. Not that he would improve the team’s play with his involvement, but Ronny Torreyes needs to come back to this team. When he left, this team lost its heart and soul. I didn’t expect his absence to have such a big impact, but when he was here there was a sense of togetherness and unity in the clubhouse. I genuinely miss Ronny and I think he’s addition would do wonders for morale.

I think Luis Severino needs to be skipped a start. Although he did look better in the later innings against Boston, he still resembled nothing close to the Severino we’ve grown to know over the last year. I don’t think he’s hurt, but instead maybe tired? Maybe he’s just mentally exhausted. Whatever it is, I think he needs a mini-break. Let Chance Adams take his next turn in the rotation and go from there. We need Severino for this stretch run and he has to get back on track. A mental break might be the best plan of action for now.

I think Cashman has to go out and get a 4th outfielder while he can. Listen, I give Shane Robinson all the props in the world for that 7th inning at bat last night, but we need a guy who can actually hit the baseball out there. Especially with Stanton’s hammy possibly being an issue (it was wrapped after the game) I’d imagine they want to DH a good amount in the next week or two. For now, that means Shane Robinson getting playing time, which has to change. It has to.

As Severino said, it’s currently raining, but the rain is going to stop soon. It’s August 6th. This team will find its groove again and who knows what will happen. They can catch fire against these inferior opponents and become the team no one wants to play in October, or they could miss the playoffs entirely. Hit the reset button and get back to business.