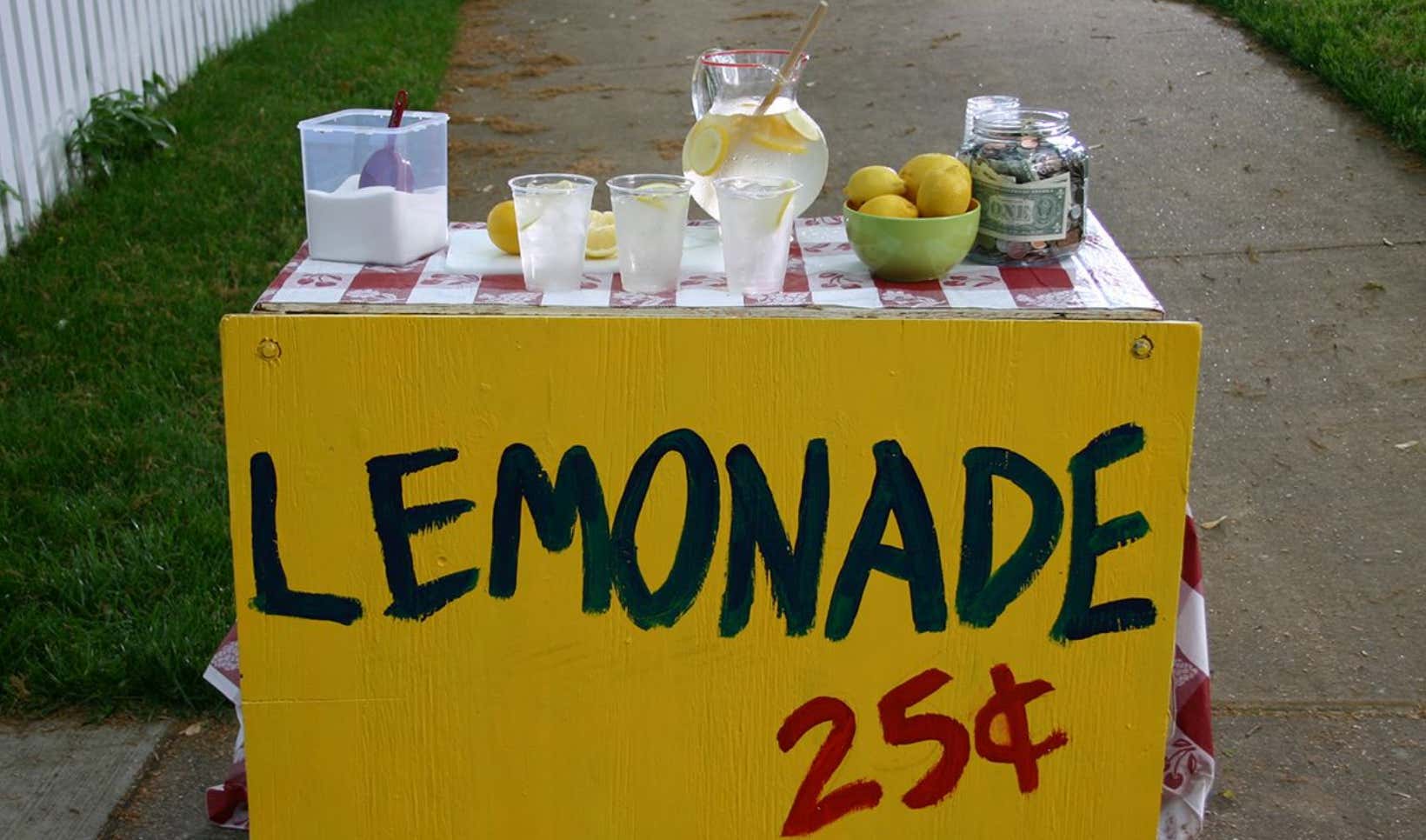 ABC News- A 9-year-old North Carolina boy running a lemonade stand was robbed by an armed suspect Saturday, police said. The boy was selling lemonade in Monroe, about 25 miles from Charlotte, when he was approached by a teen who stuck what appeared to be a handgun to the boy’s stomach, demanded money and fled on foot, the Union County Sheriff’s Office said. The boy had less than $20 in cash on him, police spokesman Tony Underwood told ABC News affiliate WSOC. Officials believe the suspect, described as a black male in his teens, made his getaway on a bicycle after the robbery. He was seen wearing a camouflage hat and a black shirt. While searching for the suspect, deputies found a trail that led into the woods where the hat, a black-colored BB handgun and a stolen metal tin containing the boy’s cash were recovered, police said.

The game is the game. You set up shop on the street and there’s a chance you’re gonna get your shit took. This is a teaching moment for the 9-year-old. There’s a lesson to be learned in every failure and the lesson here is to be prepared next time. You never know when some teenager is gonna roll up on you, pull out the whistle and take your hard earned lemonade money. You’re very liquid when running a lemonade stand so this can happen. Live and learn. That kid is gonna need to hire some muscle to stand next to his stand. Get a couple of the kids who’ve matured earlier than the rest of the kids in class to hang around and stand guard. Bet it won’t happen again. He can’t let that BB gun-toting teeny bopper punk him like that. This kid either has to learn from his mistake or he’s gonna keep getting his money stolen. Adapt adapt adapt.