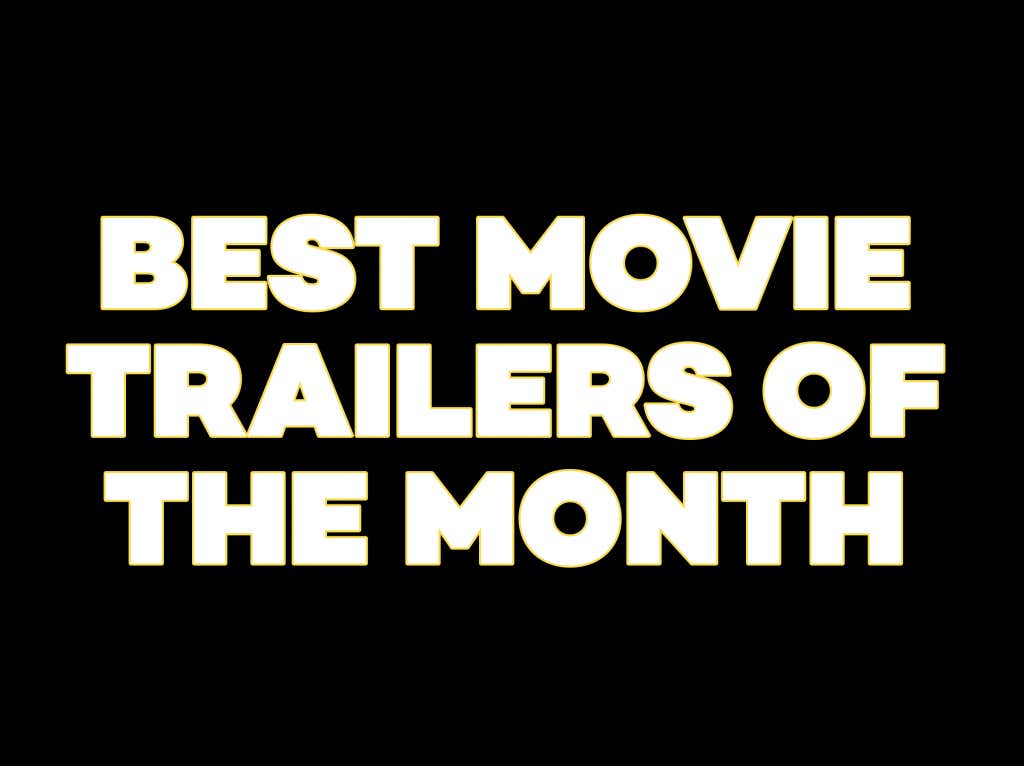 With July having come to a close this week, lets take a look at the top trailers from the past month.

DC is like a team on the losing end of a 15-1 run that needs a bucket desperately, and this trailer is a Nick Young no-look three. We’ve been ripping on this movie a bit pre-trailer because of the shots from the set where the suit looked horrible. However, we were still excited to see the trailer because, like we always say, at the end of the day don’t well all just want more good movies? Well, this trailer does NOT make it look like a good movie. The DCU is notoriously dark and gloomy, and this is totally off tone with everything they have put out so far. Now, there is nothing wrong with that at all, and I personally think that is a step in the right direction. Maybe it might have been better to do that gradually, though, instead of going from doom-and-gloom ‘Justice League’ to this dude doing the floss.

You obviously get vibes from ‘Big’, which is one of my favorite childhood comedies, but with superpowers involved. Will Zach Levi and Asher Angel be able to replicate that Tom Hanks/David Moscow feel? Well, probably not since thats not what they’re going for, but I hope so. Zachary Levi (Chuck) and Asher Angel (Jolene) star as Shazam/Billy Baston, and it co-stars Mark Strong (Kingsman: The Secret Service), Djimon Hounsou (Blood Diamond) and Jack Dylan Grazer (IT). I’m a big fan of Strong and Hounsou, both of whom have been in some of my favorite movies of the past few decades. Levi is more of a wildcard, so I guess it’s good he’s only the main focus of the whole movie. It’s also worth noting that Dwayne Johnson will be playing Black Adam somewhere in the Shazam story arc, but he has said he doesn’t have a cameo in this film. It’s directed by David F. Sandberg (Lights Out), and written by Henry Gayden (Earth to Echo). Like the last crew, those resume’s don’t scream “Defibrillator to the DCU”, but I hope it turns out to be a fun time. April 5th is the scheduled release date.

At the very least, this looks visually ASTOUNDING. I have no idea how they did the motion capture on some of the actors/actresses faces, but it looks entirely real. You get some vibes of ‘Ghost in the Shell’, ‘Blade Runner: 2049?, ‘The Matrix’ and other films considered “Cyberpunk”. I have no clue if it will end up being good, but those visuals really blew me away. Rose Salazar (Maze Runner: The Death Cure) is the lead, and the supporting cast is awesome. Christoph Waltz (Inglorious Basterds), Jennifer Connolly (A Beautiful Mind), Mahershala Ali (Moonlight), Ed Skrein (Deadpool) and Michelle Rodriguez (The Fast and the Furious) are all on board and thats a group I really like. Robert Rodriguez (Machete) is directing off a script from him, James Cameron (Avatar, Titanic, Terminator, Aliens), and Laeta Kalogridis (Shutter Island) based off the Yukito Kishiro manga Battle Angel Alita. That stellar writing group combined with the sample of CGI has me very excited to see this. The release date is December 21st.

I liked this more than the first trailer, because you get a better look at the supporting cast and their relationships to Steve Carell’s character. Between this and ‘Beautiful Boy’ Carell is GUNNING for our tears. Here’s what I said about it a few weeks ago: At first, this looked a little…odd. This sort of looked like Carrell’s character from ‘Dinner for Schmucks‘ that made dioramas out of dead mice. The more you get into it, though, the more it seems like a pretty sweet and heartwarming movie. It’s a fictionalized version of the real life photographer Mark Hogancamp, who was nearly beaten to death and used building 1/6th scale WW2 model-making as his own therapy. This is directed and written by Robert Zemeckis, who we know can convey a heartwarming tale very well. Besides Carrell, it stars Leslie Mann, Diane Kruger, Janelle Monáe (who just released a pretty great album), and Gwendoline Christie. With a great subject, a storied director, and a deep cast, I’m not really sure where they can go wrong. The release date is December 21st.

Helllllllll yea. The Jason Momoa casting as Aquaman was by far my favorite casting the DCU has made so far, and this trailer validated that excitement entirely. I appreciate any movie that knows what it is, and making this a no-holds-barred CGI adventure instead of a dark-filtered, dreary movie is exactly what I had hoped for. James Wan (Saw, Furious 7) is at the wheel of a script by committee, but this looks to be great, brainless fun. The world building for Atlantis looks outstanding, which is a nice trend following Themyscira in ‘Wonder Woman’ and an even better reprieve from that stupid fucking Russian village in ‘Justice League’. 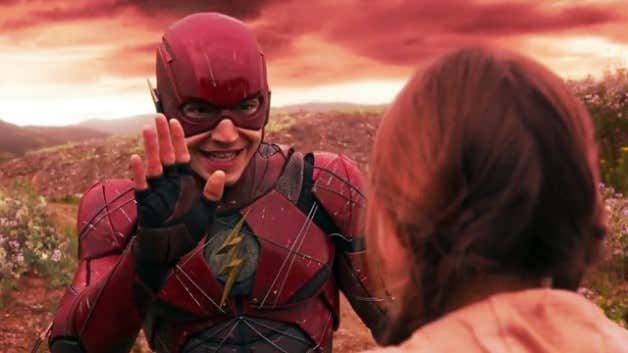 Besides Khal Drogo, it has a cast I love including Amber Heard (The Danish Girl), Nicole Kidman (Moulin Rouge!), Randall Park (The Interview), Patrick Wilson (Watchmen), Dolph Lundgren (Rocky IV), Willem Dafoe (Platoon), Yahya Abdul-Mateen II (The Greatest Showman) and last but certainly not least, Jango Fett himself, Temuera Morrison! Having Oscar winners/nominees in Kidman and Dafoe respectively helps the legitimacy of the movie tremendously, and I’m ecstatic to see Patrick Wilson getting a second chance at the DCU after people panned ‘Watchmen’ which wasn’t really that bad at all. This comes out just in time for Christmas, scheduled for December 21st.

Similar to ‘The Favorite’ except with 200% higher chances of winning an Oscar, this looks to be maybe one of the best tellings of the infamous cousin rivalry between Mary and Elizabeth I, one of the greatest monarchs in English history. Saoirse Ronan (Brooklyn, Ladybird), Margot Robbie (Wolf Of Wall Street) star with the supporting cast of Jack Lowden (Dunkirk), David Tennant (Doctor Who) and Guy Pearce (Memento) Josie Rourke has the wheel on a Beau Willimon (Ides of March, House of Cards) script which is extremely promising all around. I would be absolutely shocked if this doesn’t get nominated in at least 2 categories. December 7th is the release date.

The much anticipated sequel to 2000’s ‘Unbreakable’ and 2016’s ‘Split’, this trailer looks amazing. M. Night Shyamalan has been in a well documented slump, so I think we’re all hoping to see him succeed here. It looks like David Dunn, Elijah Pierce, and THE BEAST are all locked up in a psych ward of sorts run by Dr. Staple (Paulson). I’m not sure exactly how they keep Dunn or the Beast contained considering their powers, but I guess we will find out! Bruce Willis (Die Hard), James McAvoy (Atonement) , Samuel L. Jackson (Pulp Fiction), and Ana Taylor-Joy (Thoroughbreds) are all returning, with the biggest new addition being Sarah Paulson (12 Years A Slave, The Post). The release date is Jan. 18.

4. Godzilla: King of the Monsters

The 1998 ‘Godzilla’ was terrible, but 2014 ‘Godzilla’ wasn’t unwatchable by any means. If that trend means anything, this should be good! A direct sequel to the 2014 movie, and the third movie in the Monsterverse, this looks to be wayyyyy larger in scale than the previous two. It also is downright apocalyptic, where do you even go from here?

The next movie is supposed to be Godzilla vs Kong, so I guess they will battle for a smoldering waste heap, sort of like Lakers and the Clippers ( I give myself 0.5 Kate Upton boobs for that joke). ‘Pacific Rim’ obviously took a ton of influence from Godzilla, but I can’t help but think “Damn, that looks like ‘Pacific Rim’” after watching. Even down to a comedian (Charlie Day/Tom Middleditch) playing a goofy scientist. 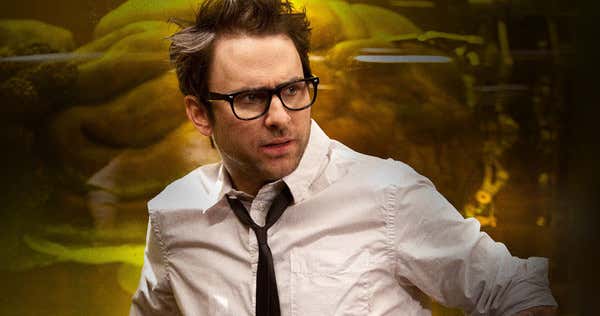 Did you know Charlie has sex with an alien in ‘Pacific Rim: Uprising’? I wish I could forget that. The cast is unreal and includes Millie Bobby Brown (Stranger Things), Kyle Chandler (Friday Night Lights), Vera Farmiga (The Departed), Bradley Whitford (Get Out), Sally Hawkins (The Shape Of Water), Charles Dance (Game of Thrones), Thomas Middleditch (Silicon Valley), O’Shea Jackson Jr. (Straight Outta Compton), Ken Watanabe (Inception), and Zhang Ziyi (Memoirs of a Geisha). I’d usually never list a cast that long, but it is a stacked group of actors and actresses. It’s directed by Michael Dougherty (Krampus, Trick r’ Treat) and co-written by Zach Shields (Krampus), and Max Borenstein (Godzilla, Kong: Skull Island). Nothing about that group’s resume is particularly standout as far as how it would lend to this movie, but thats just the Monsterverse, baby! I was going to do a quick ranking of Godzilla villians, but then realized that there is way too many. I just want to note that the list is 1. King Ghidorah, the three headed dragon and 12324124. Mothra, the big-ass bug. This movie is slotted for release May 31st.

Guess what, this is going to be amazing, You want to know why? The same two words from last week with ‘Boy Erased’. LUCAS. HEDGES. The guy can’t miss! Jonah Hill wrote and directed this story about a 90’s LA teen balancing life between his skater friends and his troubled home life. The “Sheryl Crow-lookin motherfucker” line got a decent laugh out of me, and I have pretty decent hopes for this. Sunny Suljic is the star, and I think he’s a star on the rise. He was in ‘The Killing of a Sacred Deer’ and also did motion capture for Atreus in the new God of War game (which fucking ruled, by the way).

Besides Hedges, it also stars Katherine Waterston (Fantastic Beasts and Where To Find Them) who is an great actress mentioned earlier. I can’t wait to see what the most fashionable man in the business can do, s/o Failing Upwards. The release date is October 19th.

This looks eerily similar to ‘The Miseducation of Cameron Post’, except it has 200x the chances of winning an academy award. You know why? Two words. Lucas. Hedges He has been in 11 feature length movies and they have a combined 26 Oscar noms. Thats fucking 2.4 nominations/movie! He has the best agent of all time, the Jesus to Michael Fassbender‘s agent’s Antichrist. Its another tale of a gay child not being accepted by ignorant parents and getting sent to a pray-the-gay-away camp. Not earning a ton of points for originality, but I fully expect this to tug hard on the heartstrings. Besides Hedges, we have Russel Crowe (Gladiator), Nicole Kidman (Moulin Rouge!) and Joel Edgerton (Warrior) all star. Edgerton is also directing in his sophomore piece after ‘The Gift’. That’s a whole ton of Aussies! November 2nd is the release date.

God damn bro just take my tears and my money now. It’s only Dan Fogelman’s second job directing, but his first movie ‘Danny Collins’ was above average and one of the better late-era Pacino films. He also wrote ‘Crazy, Stupid, Love’ which was a tearjerker, so I have very high expectations for this. That cast looks INCREDIBLE with Oscar Issac (Star Wars), Olivia Wilde (Drinking Buddies), Olivia Cooke (Ready Player One), Mandy Patankin (The Princess Bride), Antonio Banderas (The Mask of Zorro), Annette Bening (American Beauty) and more. Generational love/tragedy stories always have a special place in my heart, and this might be one of the few non-blockbusters I see opening night. It comes out September 21st.

I’m very confident ‘Life Itself’ is going to make me bawl my eyes out like a damn baby. Don’t to vote in my 51 week study of the best movie from each state. We have Alabama’s results in, and are now voting on Alaska. If the embedded form doesn’t work on your device, click here.