Stephen Hawking’s corpse attempting to dunk. Floyd Mayweather attempting to read. Tex attempting to think. These are the only examples that can even be mentioned in the same universe of ineptitude as me attempting to get a solo W in Fortnite (or a DUO dub, for that matter). I simply cannot fathom being this bad at something I’ve invested so much time into. It hurts wayyyyy more than it should, and it already should hurt a lot. 0-904. ZERO FOR NINE-HUNDRED AND FOUR!!!

Wait, somehow that stat was off. We are freaking ZERO FOR NINE-HUNDRED AND TEN!!!

The chirping has rightfully been relentless: 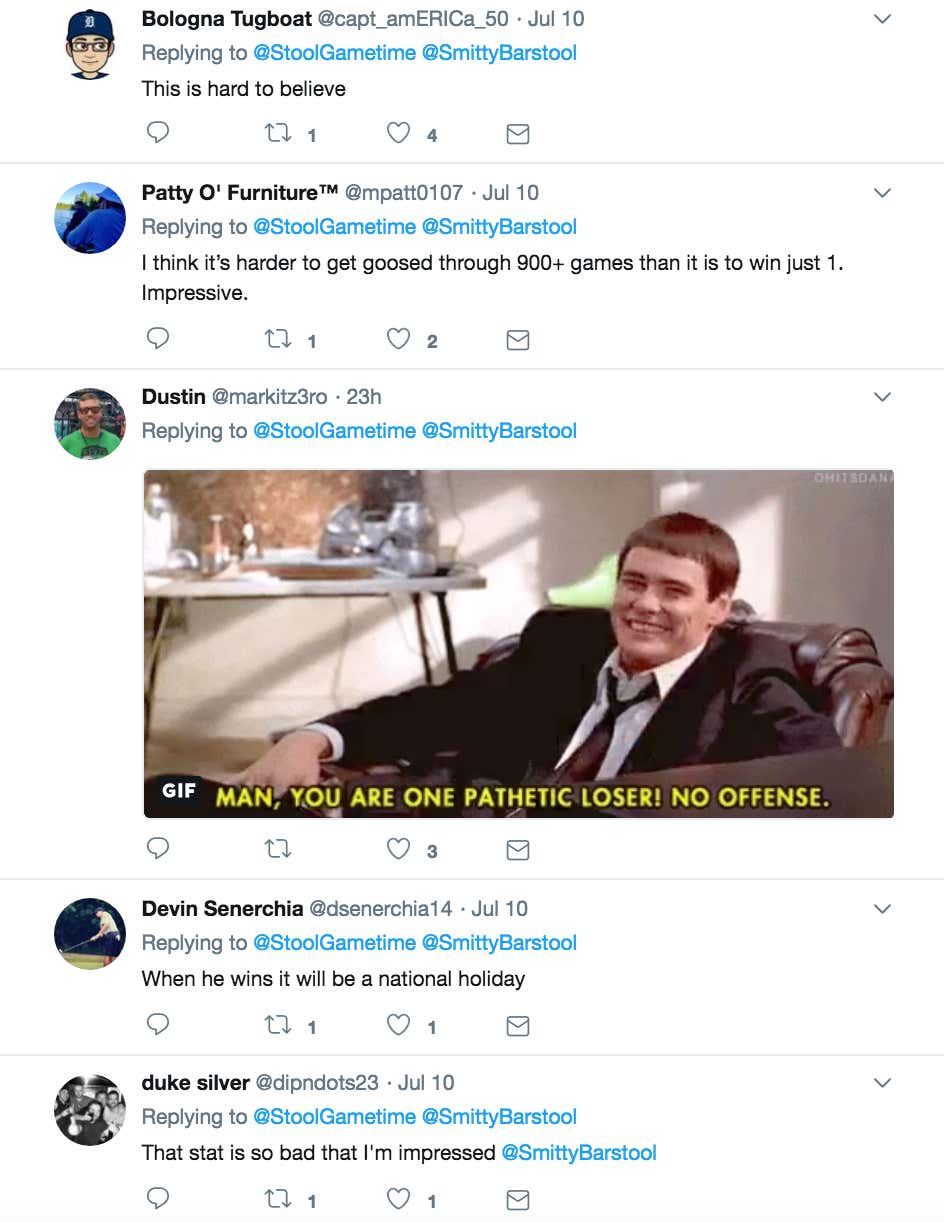 One gentleman suggested I start playing with the monitor on. Thank you and kindly go fuck yourself, good sir.

Enough is enough. I had to take a little hiatus from gaming because of some nerve damage in the ol’ thumby, but I’m recovered enough to hop back on the sticks. Just in time, too. My competitive drive is serious lacking. I’ve thankfully been out of the sling for about 6 weeks now (12 weeks since surgery, 18 since injury), but still have about 4 weeks of rehab to go before I’m allowed to begin the road to domination again. And during Summertime it’s tough for a man of my ruthless labido during unnecessary grown man activities (I.E. Spikeball and Softball) to handle. In just one year I’ve gone from socking monkey’s into space and then running awkwardly on my tiptoes at unnecessary speed:

To whatever the fuck this one-armed embarrassment represents:

I’m done being a casualty of my limb. I’m going cause the most ruckus with one-arm since The Fugitive. Wait, no. Definitely not. But I am going to do something, dammit. And it starts with getting one, just ONE solo victory in Fortnite. I am hereby returning to the sticks this evening around 8 and need some help getting back behind the wheel via squads. Join up over at twitch.tv/barstoolsports and friend SmittyBarstool on PS4 if ye would like to play. True Story: If I don’t get a solo victory before 1,000 losses then, well, I don’t know. I may have to retire from life. So let’s get back on that addicting pain train, shall we? My apologies in advance to the lady. Deep Impact is always on somewhere.