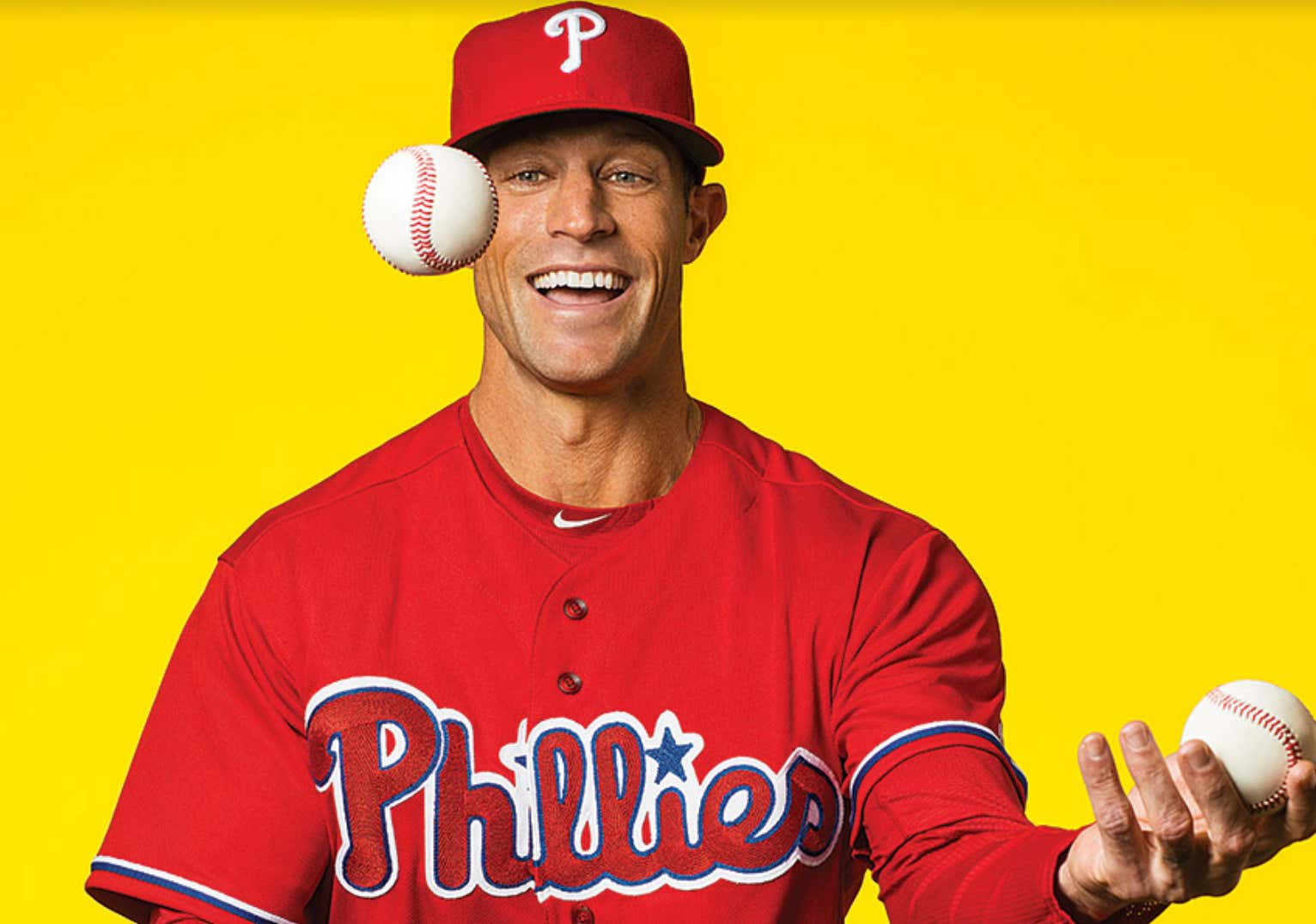 Not only a fitting title, but a necessary one as well. Over the course of my first 3 years blogging about the greatest team in the greatest American sport, usually by July 9th I would just be forcing content. This team was so bad, the only positive things I had to say were, “I think this is the season Mark Appel turns it around.” I have no idea the metrics of my clicks, nor do I care, but I thank 6lb 7oz Baby Jesus every day that I don’t have to write Pete Mackanin hate blogs anymore. I am not the greatest writer and I am not the most knowledgeable one either. I’m not the Twitter junkie you need to be to be successful in media nowadays. I am also a terrible self-marketer. I mean just look at my follower count. And in all of this, I am in my happy place.

Once again, it’s July 9th and those are the NL East standings. The Phillies have won 6 of 7. It just sucks that the fact the Phillies hold a slight edge over the Braves in the standings, yet is still the 2nd most popular Phillies headline. The Manny Machado rumors have been dominating baseball news. It has even taken over midday Philly Sports talk where callers actually talk about something other than the Eagles. Listen, I am all about bringing Manny Machado here, but if it doesn’t work out, it doesn’t work out. I have believed in Gabe Kapler since day 1. So when he says something like this, then in my mind, his word is gospel.

Gabe Kapler's message to the Phillies: "We have everything we need right now to compete right here."

That correct Maikel Franco haters, Kapler is even talking about our resident 3B in this statement. I can’t believe how many of you still tweet and DM me your hate for Maikel even though you know I have been by the man’s side since day 1.

Maikel Franco should never hit clean up in the major leagues.

Throw Maikel in the trash please

All of this positivity speech was exactly the constructive criticism Maikel needed. From June 1st to June 22nd, Maikel was benched 4 times and came off the bench another 4 times. This seemed like the end of Maikel’s run in Philly. However, since then something clicked. He is hitting .415 in his last 14 games. The HR and RBI numbers aren’t where we would like them to be but Maikel is living on base paths. He is playing a solid 3B and really making the idea to bring rental third basemen in here incredibly difficult for management. Maikel and I have been through a lot together, and I don’t know if I am ready yet for this ride to end. That’s up for Matty K to decide.

Moving on…allow me to be the first to say congrats on the All-Star selection to our resident ace…THE Aaron Nola. Remember when everyone talked about Nola like he was the next Omar Daal? So happy that Aaron has graduated from just a #3 starter to an All-Star. So happy all these critics made such their neccesary expert opinions on him so early in his career. Fucking idiots.

'Phillies person': Aaron Nola is a No. 2 or No. 3 starterhttps://t.co/HKLblBlofT pic.twitter.com/cda5GbbGh7

Quick shout out to the offense and most importantly Rhys Hoskins, who has led his team to a 17-9 record since his return from the DL on June 9th.

Quicker shout out to the pitching staff who have a collective ERA of 2.18 in their last 7 games. Jake the snake is back. Pat Neshek is even backer and it finally feels like the squad is whole again. Once Jared Eickhoff returns from the DL as well as Vinny V who will hopefully absorb a long relief, Andrew Miller style role, holy fucking shit. Watch out baseball world, the Philadelphia Phillies are here to fuck shit up once again.

Doubleheader vs. the Mets in New York today. The Mets are bad and have only 4 wins in their last 17 games. Zach Eflin and Aaron Nola will be on the hill. Let’s take 2.