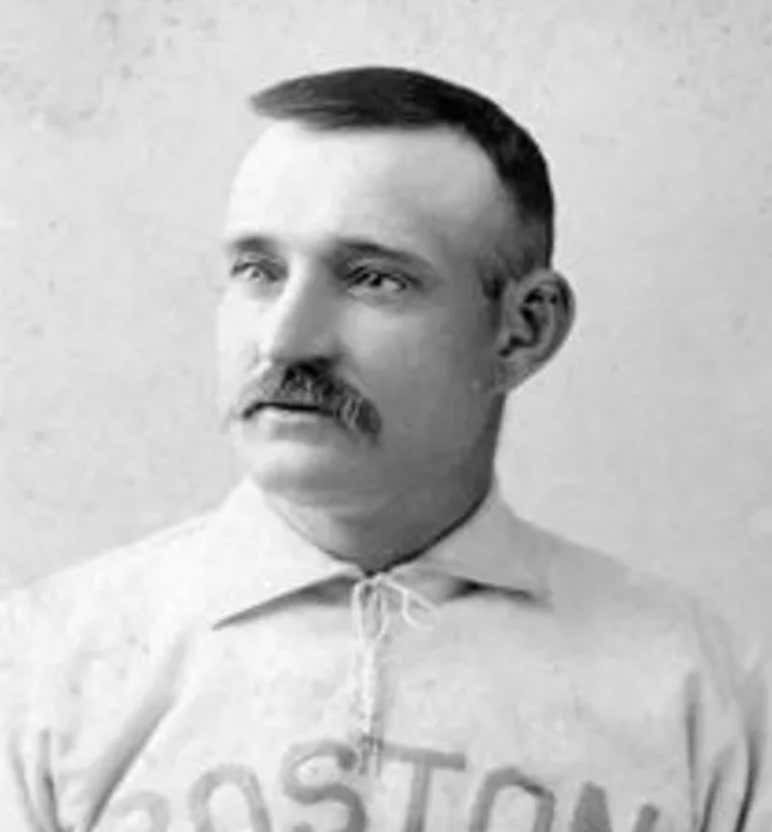 Yesterday I was on the train home from Boston watching the Yankees game on my spotty wifi. Luis Severino earned his 14th victory of the season even though it was only July 7th. Wins are 100% an archaic statistic, but being 14-2 with a 2.12 ERA before the All Star Break is fucking wild. It got me and my friend thinking how far up the all-time single season wins list he could possible get. That’s when I ran into the legend of all legends, Old Hoss Radbourn. His actual name was Charles, but everyone called him Old Hoss because that’s about as bad ass as it gets. If you’re penciled in the lineup and you see Old Hoss Radbourn is on the bump you tell skip your knee is barking up or you have food poisoning or you have to go fight in the war because you’re not touching that motherfucker.

In the year 1884 his team, the Providence Grays, were on the brink of being disbanded by their owner who was in financial trouble. They had to win the pennant or else the team would cease to exist. The team’s ace, Charley Sweeney, quit the team after becoming a raging alcoholic and thus put a big blow into the team’s potential success. Old Hoss told the team he would pitch every game for the rest of the year if he had to if that’s what it took to win it all. Well, he basically did and they won it all.

Radbourn won a baseball record 59 games and only lost 12. FIFTY NINE. What was his ERA? 1.38. How many innings did Old Hoss throw that season? 200? 250? 350? Yeah, how about 678.2. SIX HUNDRED AND SEVENTY-EIGHT AND TWO-THIRDS INNINGS. He threw 73 complete games that season. You would think a guy who could throw this many innings and go by the name Old Hoss would look like a fucking horse. Someone of the likes of CC Sabathia. Nope. Radbourn was a shrimpy 5 foot 9, 168 pounds. I’m 5’9″ 155 for good measure and I’m a little bitch boy.

The fewest innings he ever threw in a season were 207. These days if you pass the 200 mark it’s considered a major accomplishment. Dusty Baker’s wet dream probably consists of managing this guy and starting him in every game possible and have zero relievers. There were only two “relievers” on the team who pitched, but never started. They accounted for four total innings in the ’84 season.

Heading into the ’84 World Series against the New York Metropolitans, Radbourn started and finished every single game, allowing just three runs. A reporter famously asked him if he was tired from pitching in all three games. His answer was all-time.

‘Tired out tossing a little five-ounce baseball for two hours?’ Radbourn asked incredulously. ‘I used to be a butcher. From 4 in the morning until 8 at night I knocked down steers with a 25-pound sledge. Tired from playing 2-hours a day for 10 times the money I used to get for 16 hours a day?'” -Baseball Almanac

Next time a superstar athlete complains about being tired let’s refer back to Old Hoss Radbourn’s quote.

In the 1886 season’s team picture, Old Hoss was photographed giving the first ever middle finger in human history. That’s a true fact. 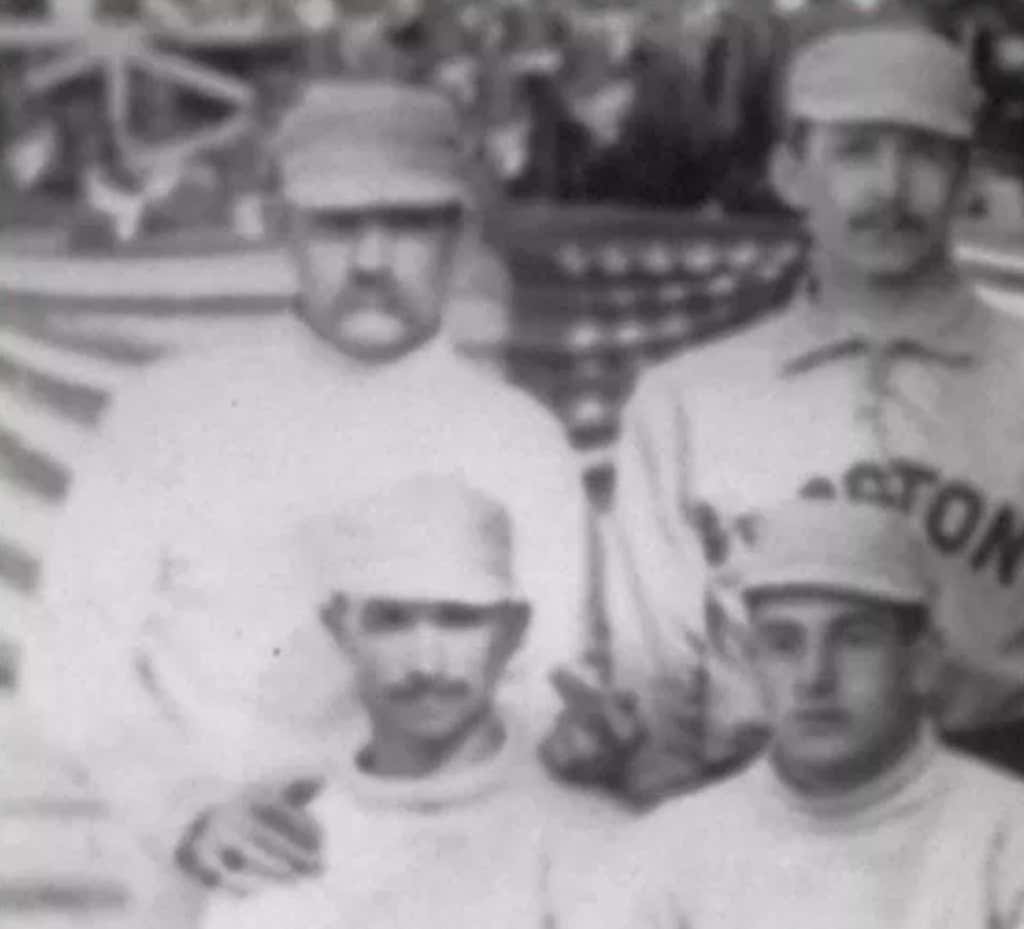 After he retired, probably because he had absolutely zero feeling in his arm, Hoss was injured badly in a hunting accident. He lost an eye in the incident and was disfigured. Because he was so ashamed of being seen in public, for the rest of his life Radbourn sat in the back of his billiard saloon he opened, with the lights off so no one could see him. I wish Sonny Gray would do that after he pitched. Poor Old Hoss, he deserved better. How has there not been a movie made about this guy? Just put John C. Reilly as the Old Hoss and make it a comedy. I’d see it 50 times before it hit DVD.

Just thought I’d give you guys some light reading on this lazy Sunday where we’re all in bed trying to snap out of a long week filled of drinking and the sun. I promise you I’m not high, I just found this guy’s whole story absolutely legendary on the train home yesterday. Never forget Old Hoss Radbourn.