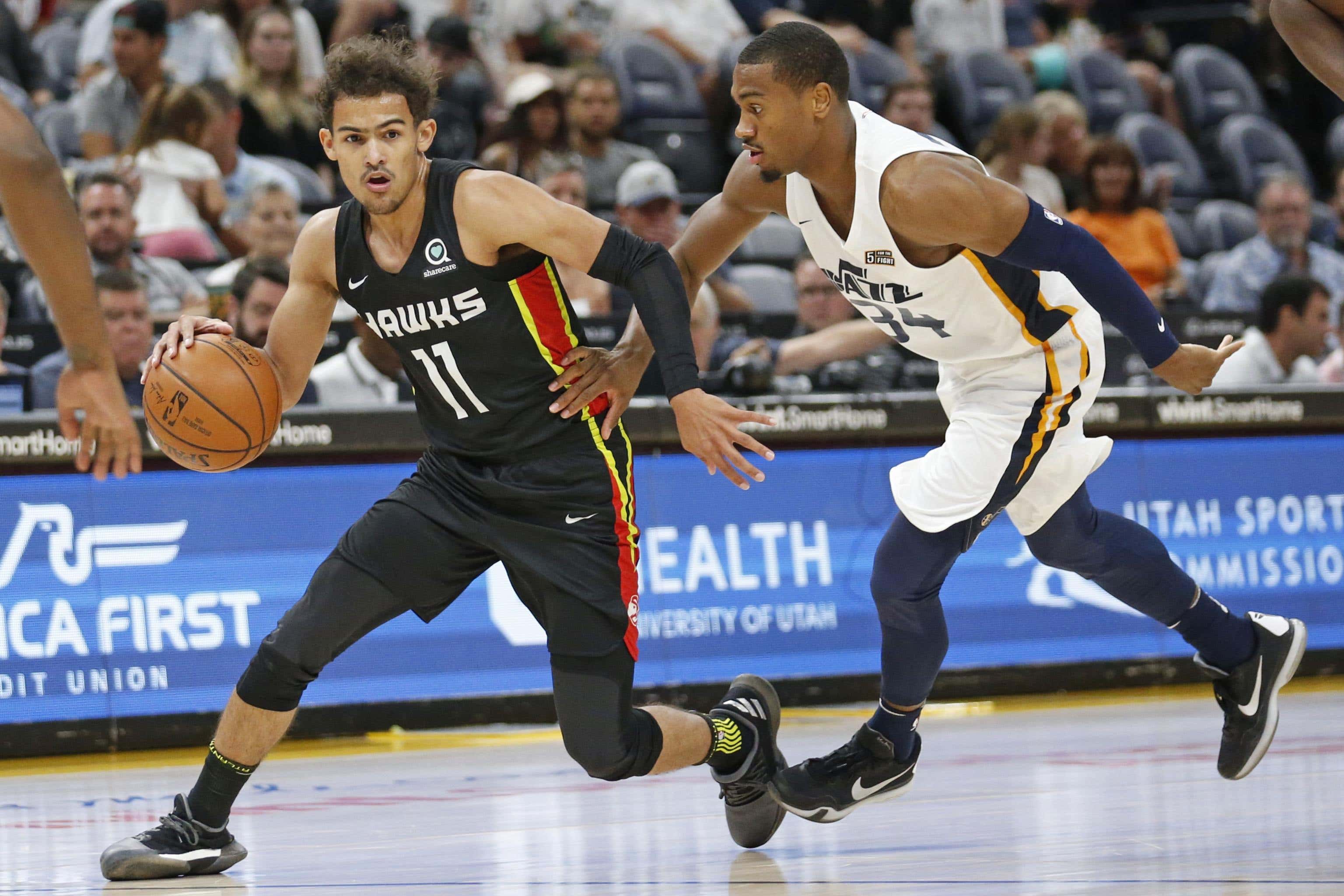 Two of the three summer leagues are finished as we wrapped up in Utah and Sacramento last night. Now, the Vegas Summer League is the one that everyone enjoys as that lasts 11 days, has all the teams and the majority of players show up for it. The Utah and Sacramento Summer League though has 4 teams in each, playing a round robin and had big names with the likes of Trae Young, Grayson Allen, Lonnie Walker, Marvin Bagley, etc.

Now, I’m not one to read too much into summer league. It’s rare that we see someone pull a Kyle Kuzma, who excels during summer league and has it carry over to his rookie year. We’ve seen guys like Tim Duncan get dominated by Gregg Ostertag. We’ve seen LeBron struggle. It’s not uncommon to see things like that happening, especially when it’s a rookie going up against a second year player. But, it’s a Friday and there’s not much going on so let’s go through all the takes from the summer leagues.

Derrick White making the sophomore jump (San Antonio Spurs)
Again, no surprise to see a handful of second year guys on here, but Derrick White did what he was supposed to. He led the Utah Summer League with 23 points per game while also averaging 7 assists and 6 rebounds per game. He was the first round pick last year and starting to show the new direction of the Spurs with the young, athletic guards in him, Murray and Walker.

Grayson Allen figuring out his role (Utah Jazz)
Yeah, it’s Grayson. He was a bit of a surprise going 21 to the Jazz but fits what they needed. He showed his ability to be a secondary ball handler as he was moved to the point guard spot in yesterday’s game against the Hawks. He played just two games and both were at home, but his ability to be that secondary ball handler showed as he led the league in assists.

Jaren Jackson Jr.’s ability to stretch the floor (Memphis Grizzlies)
The Grizzlies were in a weird spot with the fourth pick. They desperately needed a wing and with Doncic going No. 3, the only way to get a wing was to trade down. They clearly didn’t want to do that and took Jaren Jackson Jr., the best player available at that position. The question was always how would he fit next to Marc Gasol and he started his summer league off by hitting eight 3’s. He continued to protect the rim and can play next to Gasol, who can step out away from the basket to pass.

Trae Young’s on ball defense (Atlanta Hawks)
The biggest knock on Young coming into the draft season was that he wouldn’t be able to defend anyone. He actually was really good defending on the ball. He didn’t gamble and actually just stayed in a stance and worked guys without getting bullied too much. Through three games, he really only got pushed under the basket a couple of times. Granted it’s summer league, but his defense looked solid.

Moe Wagner is ready offensively (Los Angeles Lakers)
I’m very intrigued by Moe Wagner now, especially on the offensive side of the ball. He showed his ability to pick and pop, something he was excellent at during his time at Michigan. Now, imaging him running that with LeBron or even someone like Rondo/Lonzo who are excellent passers, he becomes quite intriguing on that side. He did struggle a bit defensively, but as a strong rebounder and someone who can stretch the floor as a five, he stood out a bit during the Sacramento summer league.

Trae Young’s shooting (Atlanta Hawks)
This is the one thing that everyone who covers the sports is talking about. Trae absolutely struggled shooting the ball, mostly due to his shot selection. He forced a handful of shots, especially early in the shot clock as we saw him go back to Oklahoma Trae Young at times. He needs to create separation off the bounce and do a better job relocating off the ball.

Lonnie Walker’s consistency (San Antonio Spurs)
Lonnie Walker is one of the boom or bust type prospects for me. He fell a bit to the Spurs at No. 18 as he was projected to go late lottery or just outside of it. One of the knocks on him is the fact he wasn’t a great outside shooter during his time at Miami and through three games struggled to be consistent in Utah. He didn’t play the second game as he was held out for rest, but shot just 28% from the floor.

Again, I don’t like to look too much into summer league, but there are some small takeaways you can have. I don’t think Trae or Bagley are all of a sudden busts just like I don’t think Moe Wagner is going to win Rookie of the Year. When watching Summer League, I like to see if there are things being worked on. Any changes to a shot, any moves added when dribbling, are they in a stance defensively, etc. Things like that more than shooting percentages or turnovers. Most of these guys will head to Vegas as well, so we’ll get to see them again.