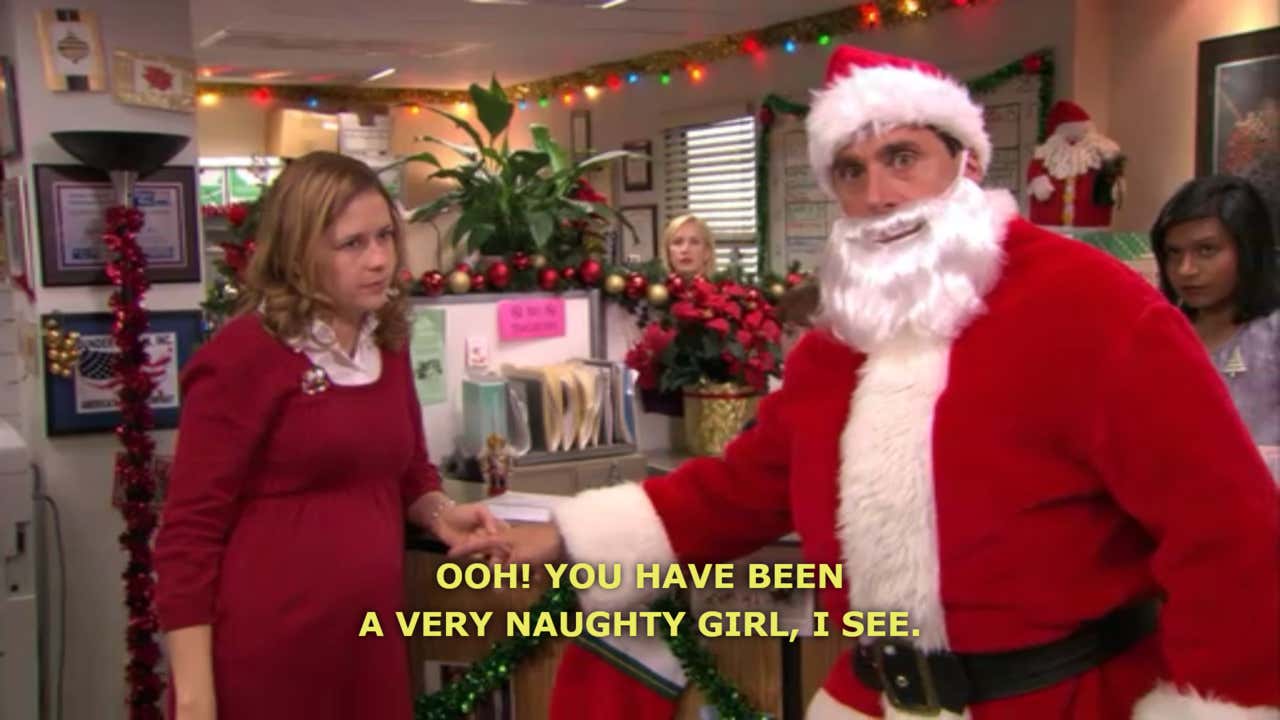 Time – There are no shortage of scenes from The Office that are laugh-out-loud hilarious to fans. But according to Ed Helms—who played the one and only Andy Bernard—that wasn’t any less true for the cast.

During a recent appearance on the Dan Patrick Show to promote his new movie Tag, Helms reminisced about how difficult it was to stay in character while acting opposite Steve Carell as Michael Scott.

“[Steve Carell] just slays me,” he said. “There’s something in his eyes. There’s a lot of times when I was doing a scene with Steven and I had to look at his chin, otherwise, I would just lose it.”

Basically what happened here is Ed Helms went on one of Dan Patrick’s radio shows promoting his new movie, “Tag”, and they started talking about his time on “The Office” and more specifically, his time working with Steve Carrell, who famously played the beloved Michael Scott.

Helms told a pretty cool story about a time they were shooting a Christmas episode and Carrell was being so funny during a scene it took them like 30 takes to get right, and even then you could still see multiple actors laughing during the clip that made it to TV. Helms goes on to say you can actually see him disappear from the frame because he had to duck behind a tree to laugh in order to not ruin the shot.

Check out the scene here and see for yourself:

Ed Helms actually did a good job of getting out of the shot in a way that wasn’t noticeable unless you were looking for it, but you can also see Mindy Kaling visibly laughing throughout the entire time Kevin is sitting on Michael’s lap. Considering she wrote most of the show, she obviously knew exactly what was coming and still wasn’t even close to hiding her laughter. When you’ve got funny people making other funny people break character and laugh in a moment where they’re literally being paid to just sit there and not laugh, you know some incredibly raw, authentic humor is happening.

Even with the behind the scenes insight from Mr. Helms, if we’re talking “The Office”, undoubtedly one of the elite TV comedies of the last 30 years, this scene doesn’t even come close to an all-time rating compared to all the other funny shit you can find instantly on Youtube. As someone who has watched every episode of the show a handful of times, there’s just way too many other classic and quotable scenes to look at this one and consider it an all-timer.

That being said, hearing Ed Helms talk about how funny Steve Carrell used to be behind the scenes pretty much just confirms everything I’ve always imagined about what things were like back in the day. When you have a room full of hilarious individuals who are working together day after day, it’s inevitable that things are eventually gonna escalate to the point of uncontrollable laughter on a daily basis.

The scene Ed Helms mentions is a rare glimpse into just that. Only those guys know all the stories that I’m sure exist of all the different hilarious things that were said on set that never saw the light of day, but being able to get a behind the scenes perspective into a scene that DID make it onto TV is really fucking cool. Witnessing Steve Carrell work through that scene, delivering the ups and downs of the emotional roller coaster that is Michael Scott’s alarmingly distraught brain in a way that tip-toed the line between hilarious and uncomfortable, is exactly why “The Office” should stand alone as the funniest TV show of all-time.

Before I get too carried away, here’s a few clips I’d put atop my “The Office” mountain. I won’t call it a Mt. Rushmore because I think I’d need at least a week to make my choices, but these are all fucking timeless.

Just some classic horrifyingly creepy Dwight Schrute right here. Watching him try to figure out the perfect face and speed for his “smile and nod” technique is an instant classic moment and makes me laugh every single time I come across it.

Continuing the Dwight Schrute theme, this is a scene I’d show to someone who’s never seen an episode of “The Office” before if I was trying to explain what Dwight is like. The whole concept of this scene and episode within the context of his character is just so perfect and funny.

Another all-timer in terms of the way Michael, Dwight, and Jim came together to deliver a perfect scene that exemplifies the best ways their characters all interacted with each other. Jim happily fucking with Dwight any chance he gets, Dwight being so desperate for positive reinforcement and having his head so far up his ass he can’t pick up on what’s happening, and Michael being so desperate for laughs he just jumps in on the game without truly understanding it and eventually gets sucked in so far he thinks he might actually have to fire Dwight. Am I overthinking just how good this scene is? Fuck off.

Last but certainly not least, we have the CPR/First Aid scene. I’m not gonna over explain why this one’s so great because it speaks for itself. This is the kinda shit that was happening every episode when the show was at it’s peak. If Ed Helms had to hide behind a tree to keep his laughter from being seen in that random Christmas episode clip, you can bet your sweet ass they had to reshoot this scene at least 100 times.

Thank you for your consideration.